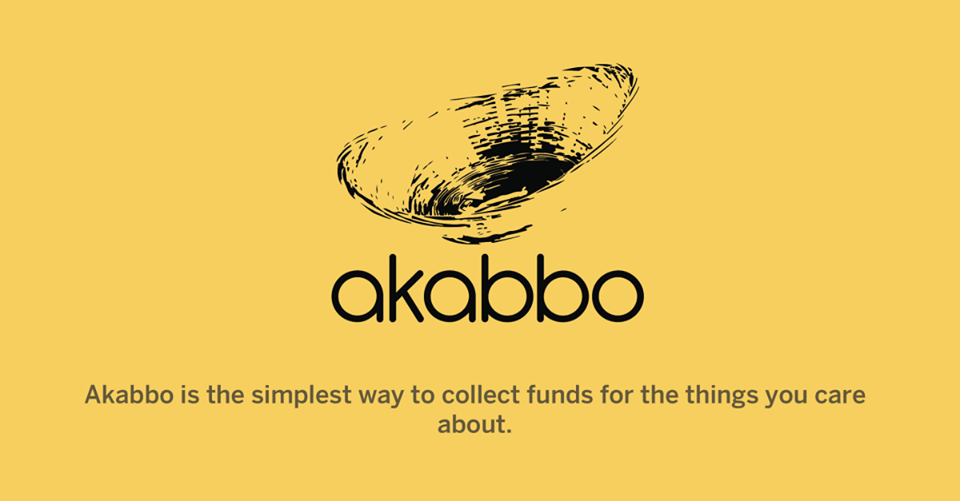 Akabbo is a new native crowdfunding platform that wants to help you raise money for that cause, activity, idea or event. Whether its personal, social or commercial, Akabbo can work with you. Think of it like Indiegogo and Kickstarter but totally Ugandan. Akabbo is a a native word meaning basket in Luganda one of the local dialects in Uganda. Baskets are often used for fundraising and collecting funds with the most common example being in Ugandan churches.

Crowdfunding is a popular way of raising funds for a project, idea, business, cause or activity. Whether it’s a huge social cause or the latest breakthrough idea, crowdfunding has recently become a popular and efficient way to raise funds especially in the west. Harnessing the potential of communities via social media to spread the word and get maximum involvement. Platforms like Indiegogo and Kickstarter  have raised huge amounts of money for various projects and causes.

With Akabbo, we might see a new dimension in Ugandan crowdfunding

With a very user friendly and beautiful website, Akabbo seems very easy to use. All one has to do to start a campaign is sign up, Write a brief campaign description, add a photo or video, add target amount and add deadline date. You are then advised to tell as many friends about the campaign by tweeting, Facebooking and emailing them. On the deadline date or once the campaign succeeds, the funds are electronically forwarded to organizer on an a pre-approved account.

Akabbo can be used globally meaning that anyone in the world can contribute to your campaign using the platform. Akabbo accepts both VISA card and Mobile money contributions and charges 7% of the total amount collected on successful campaign. It will still charge 7% of whatever is collected on a campaign that does not refund contributions if it doesn’t hit its target.

Akabbo takes 0% if a campaign does not hit its target and also refunds the contributions made. It however does not refund any third party charges incurred.

Akabbo is still new but its potential to change the African crowdfunding landscape is immense. crowdsourcing and crowdfunding have always been a trick in Africa and we cannot exactly say why. Some suppose that it’s the lack of organised online communities or the lack of multiple payment options that anyone can use to contribute – Whatever it is, We don’t know for sure. What we do know however is that funding ideas and causes is a big deal and Africa needs to figure it out sooner than later. One thing we know for sure that Akabbo needs is some smart marketing or growth hacking so that it doesn’t fall in the same trap that many startups in Africa have fallen in – Stagnation. As of 2012, there were 450 crowdfunding platforms globally for various kind of campaigns. The challenge is rising above all that and setting a niche as a respectable and successful African crowdfunding platform.