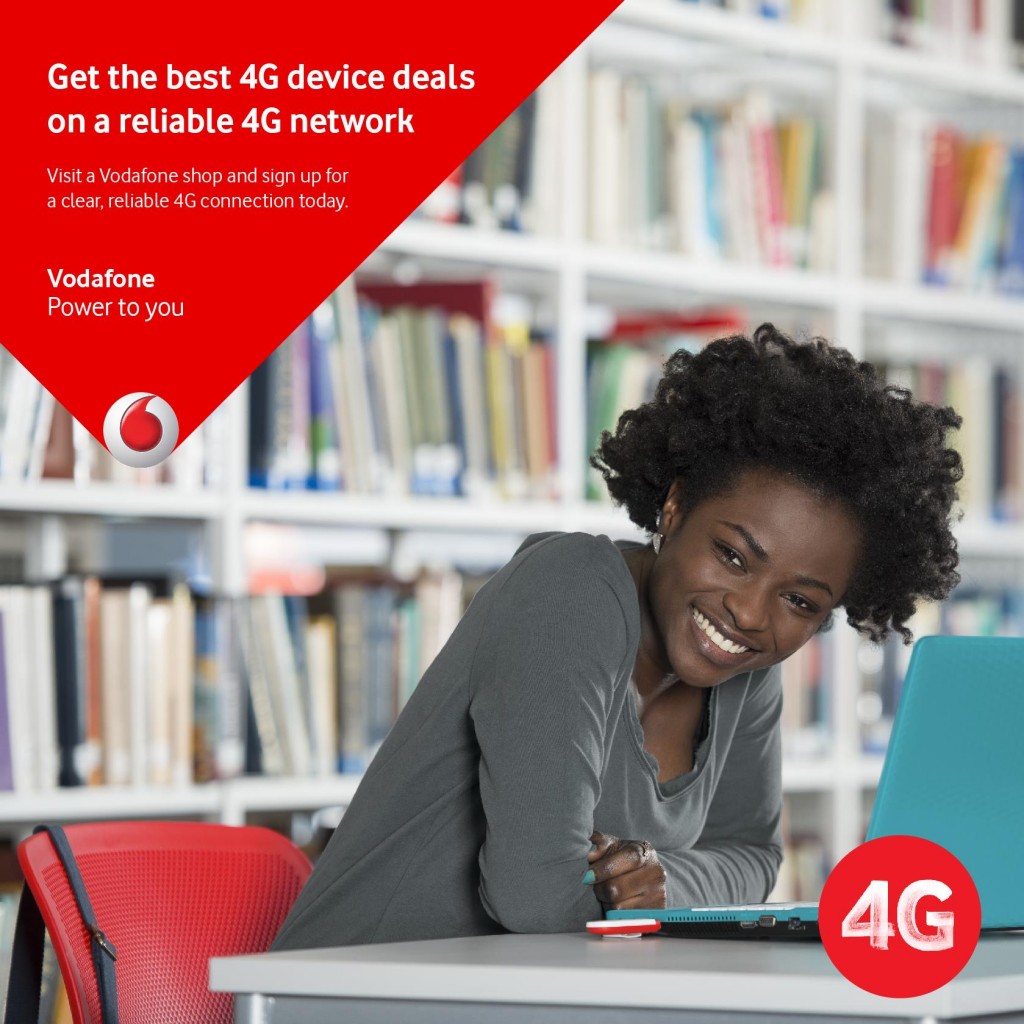 Vodafone Uganda seems to be coming in as a predominantly 4G LTE provider, having made a partnership with Afrimax, a 4G LTE telecommunications operator in sub Saharan Africa.

The network’s 4G LTE’s coverage so far covers most of Kampala only, but it’s network backward compatible which means that it has 2G and 3G coverage nationwide where its 4G network hasn’t reached — according to the coverage map on the official site.

To show it’s seriousness as a 4G LTE network, the Telecom has listed only 4G LTE internet devices on its site. Now we know that 4G is a fairly new technology and that means that the price of devices compatible with the network are much higher than older technologies.

Lets see how Vodafone internet devices compare with the competition

Getting to know difference between USB dongles and Mi-Fis

Vodafone has both internet USB dongles and Mi-Fis. What’s the difference between dongles and Mi-Fis? Well dongles can only be used by one user — you — on your laptop. Mi-Fis on the other hand can be used by more than one user — by users, we mean devices that can share the same internet connection. How do you know if you should buy a dongle or Mi-Fi? Well, we put together a complete buying guide for internet devices. However, the short is, it depends on how many users share your internet.

Vodafone has cheaper 4G LTE devices but no 3G options

As you can see from the price comparison table above, Vodafone has a great selection of 4G LTE devices which are relatively cheaper than the competition.

Vodafone Uganda’s 4G LTE Dongle that comes with 5GB of data is going for UGX 219,000 compared to Orange’s Huawei 4G LTE E3276s that’s going for UGX 229,000 but comes with 6.5GB. Now that’s only about UGX 10,000 but that also means you get 1.5GB less data than what you would get with the Orange Uganda device. Well, when you look at it closely, there’s no difference apart from the psychological impression.

For those that use internet with several other users, at UGX 249,000, Vodafone’s 4G LTE Mi-Fi supporting upto 15 users that includes 10GB of data valid for 60 days and an 100% bonus is your option. Compare that to MTN Uganda’s Huawei 4G LTE E5375 that supports 10 users, comes with 10GB but costs a whooping 399,000. Orange Uganda’s Huawei E5377 4G LTE costs the same amount and supports the same number of users, except it comes with only 1.5GB of data. Smile Uganda’s famous Smile 4G Mi-Fi costs a little less than Vodafone’s Mi-Fi at UGX 240,000 but comes with half the data that Vodafone gives you.

As I have already said, 4G LTE devices are generally more costly than 3G or 3G+ devices. Chances are that Price-sensitive users will ditch Vodafone’s fancy 4G LTE devices and instead of go for cheaper 3G devices that the other networks are offering. Therefore Vodafone risks losing a valuable user-base that it could have otherwise capitalized on.

Vodafone will most definitely introduce 3G devices given the fact that it doesn’t have full 4G LTE coverage everywhere. For now though, enjoy faster speeds on Vodafone’s 4G LTE network.