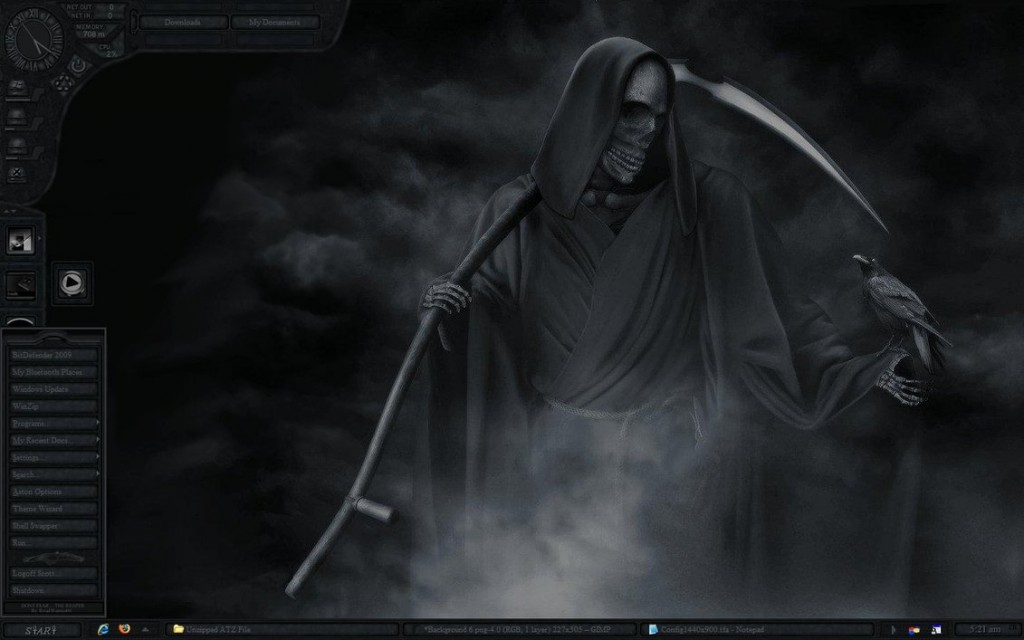 Four years back, together with a friend, we created something that would be fit to be termed as a Facebook Cult. It was a Facebook group created to share Technology tips, offer solutions to Technology problems experienced by people and generally offer whatever we had as far as Technology is concerned.  The Group was named Technology Wizards. I have since then left the group and thus I am no longer an Admin there, though the group still exists under different Admins at the moment.

How did it all start? It starts when as a Student in his Vacation; I join a group called “TechWeKnowItAll”. This Group basically had the same goals and model as the one we were to create later on. It was a closed group where many tips were shared. We shared everything to do with getting free internet in that group, someone shared tips on how to get free DSTV subscriptions. And programming was at its best. There were people who helped unlock group member’s modems for free while others were coding experts.

The names of the founders of that group have skipped my mind. However, I remember a special incident. The founders of the group decided to organize awards for group members that were to be followed by a Group meet at Sheraton Hotel. The award winners were announced but the Group Meet never took place. One member, a one Mohammed Escobar traveled all the way from Kenya only to find that the founders had fooled us. They had been playing on our heads about the group meet.

I was the first one to speak out in protest. I began questioning the Technical Expertise of the founders. I dared them to prove that they were indeed as good as they said when it comes to programming. This was a crash of egos. Truth be told, I didn’t have much Technology Expertise at the time but I was a fast learner, thus I was one of the leading contributors in the group. I had my own following within the group.

The founders of the Group decided to delete me from the Group. I was annoyed and vowed to avenge when the time was right. Days later, two other members who happened to be my close friends were also fired from this great group. The pain of being deleted from this group meant that one would no longer have access to free internet. At that time, there were loopholes in Orange Uganda and we were using free internet through proxies. There were MTN Uganda loopholes that we also capitalized on in order to get free Airtime. For starters, I was just 18 years old at the time but I had a following of people who were way older than me.

So we get fired. Mohammed Escobar begins a new Facebook Group and he invites me to be part of it. This Escobar guy being a member of MENSA had a burning ego himself thus, we were soon to fall out over the same issues that saw me get deleted from the previous group. I had had enough and I was now ready to begin my own group. Being fired from Two Groups taught me that in order to be safe; you must be in control of all the variables that influence your safety.  By simply being a member, I wasn’t in control.

The other guy who was fired from Escobar’s group was General Sweetman. He was a very popular guy on Facebook back then. He could be compared to the Ritah kaggwas, Kakensa Davids and Peng Pengs of today.

Together with General Sweetman, we created our group which we named “Technology Wizards.” Our goal was to make it the biggest Facebook group as far as Technology was concerned and true to our words, it became the biggest (as of 2012). I am not sure about that record at the moment.  The name of the group was suggested by me. I have always loved picking the right name first when it comes to anything to do with a business or movement. The name should be captivating right away.

In Technology Wizards, we assumed a god-like status. We made sure, we deleted any dissenting voices.  We didn’t leave any room for rebellion. As far as building movements are concerned, never be apologetic, set your path and follow it regardless of what happens. That’s what we did with Technology Wizards.

I thus learned, that when it comes to online cults, you must never show signs of weakness when it comes to your brand. Let your followers believe in your perfection, be a demi-god of sorts to them. You must set rules which they must follow and be very unforgiving, when anyone breaks those rules. Ban them, punish them, and let them face the full consequences of breaking the rules.

Thus when we started BigEye.ug, I made sure I carried forward those principles. Days back, we published a story that said the Video of a House maid torturing the baby was unauthentic. A group of online users decided to call on us to issue apologies. They even asked people to boycott our Website. We stuck to our story and vowed never to apologize.

This is not the first time a story has landed us in trouble. Last Year, we fell out with Pepsi because we published a story that didn’t please them concerning their Konshens concert that was poorly organized. They asked us to put down the story. We refused. They threatened never to give us any adverts; we told them we cared less.  Because of that single fact, we were able to build a strong brand built on values.

If we were to give in to every threat we receive every day, if we aimed at pleasing people, trust me, we wouldn’t have 99 percent of the stories on our website. Thus, our business model is to build a cult-like following, very loyal members who want to be associated with the brand.

We’ve done the same with BigEye.ug. Our fans know beforehand that if they find themselves at the wrong side of the news, they will feature on our website. We won’t spare them. Just because Bebe Cool is my favourite music artiste doesn’t mean he won’t get critiqued when he does something wrong. And we are very unapologetic about the work we do. The BigEye.ug stuff have the values of the brand embedded in them, this is one big family. No one betrays the family. Even when one is no longer an employee of this family, they stick to the oath of allegiance to the greatness of the brand.

Why does one have to build an online cult? Because it’s the only surest way of succeeding online and being anti-fragile even in the face of storms. If people realize that you have a cult-like following and thus regardless of what any hater says about you, you have people ready to fight on your behalf, and then you will be respected and feared. I have a loyal following of Facebook friends who will fight tooth and nail to see that my name never gets blackmailed in any way.  And a cult-like business model is one built on a strong foundation, words or blackmail can’t destroy it.

And remember; always purge those who begin to become disloyal. Show them that they are not indispensable, prove to them that they are replaceable and let them pay the consequences of betrayal.
Thus today, look at the business model you have online. Is it one where people are willing to follow you regardless of what you do, or is it one where your audience is not static, it’s always open to the highest bidder? Compare the business models of Apple and Samsung. Apple is a cult; Samsung’s following is simply dependent on its ability to continue producing worthy products. For Apple fans, every new product must be bought whether it’s great or not. Apple is the god they worship. For Samsung fans, they only buy Samsung products if they prove to be good.  Apple’s business model is sustainable even in the worst of conditions, it’s anti-fragile. Samsung’s business model is built on sand, anything can disrupt it. Anyone who makes better products can steal their fans. Apple fans on the other hand have signed blood pacts of sorts. And that’s basically what I try to do with every business I start. I try to build a family of loyal fans, who won’t be swayed by anything. They may get annoyed, but they will never vent out their anger and they will always stick to whatever I have built.

Now join me, and become a cult member of my personal blog (www.ortegaian.com)

Watch this video and learn about leadership and making a movement: