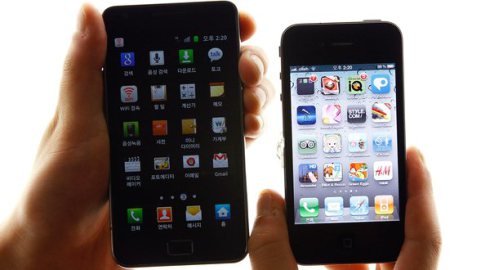 The Case of Patents.

Close to their backyard, Apple apparently won the battle on Friday in a lawsuit against Samsung. Why “apparently”?  Because, a high profile court case such as this one, that hasn’t even reached the court of appeal let alone the Supreme Court is far from over. Samsung and Apple have also been battling in Germany, Australia, South Korea and elsewhere and it’s clear that even if Apple has won this battle, the war is far from over.

It is evident that Samsung infringed on a couple of Apple patents in aspects of design and utility. So if you are a Samsung fan enjoying the “Pinch to zoom” gesture or the “Bounce back” effect when you over scroll, guess what? They aren’t Samsung’s. Utility patents are about usability; the features a phone or tablet can have and operate, and design patents are those which cover how they look and feel.

It holds water to argue that Samsung’s win would set a precedent that would hamper innovations as people would have less protection for their technology and designs. But this in reverse may stifle competition, which is an incentive for innovation like in Bill Gate’s war of retaining rights to Microsoft Office and not allowing anyone replicate it. So, the secret would be getting an intersection between the two rather than a stalemate.

“If Samsung wins, then in the long run IP (intellectual property) will have less value, and more companies at all different price and quality points along the spectrum will be more confident to offer alternative products, leading to more consumer choices and lower prices all around.”

For an electronics company, who’s April – June sales alone were around 50 million phones – almost twice the number of iPhones, $1billion is like a mosquito bite. The group had net profit of $4.5 billion in April-June alone. Without downplaying the legal precedent the Apple win has set, Samsung wont feel the pinch as much as the possible implications that the battle will produce. The case has however sent out a clear message to the smartphone industry that innovation is an investment so start adjusting those budgets other than copying or risk being sued by the fruit company.

Ironically, with all that is going on, Samsung remains a major supplier of components for Apple products. Despite, the publicity from the U.S. case and more than a dozen pending cases elsewhere around the world, the Samsung brand has gained recognition – as an equal to Apple rather than merely a supplier. Actually, in a recent Asia-Pacific brand ranking, Samsung came top ahead of second-placed Apple and as a matter of fact, for every iPhone sold worldwide, more than three smart phones running Android are sold, reflecting the meteoric rise of Google’s software.

Further more, with China set to become the world’s biggest smartphone market this year, Samsung has almost twice Apple’s market share. The iPhone has slipped to fourth in the market in April-June, overtaken by both Lenovo Group Ltd and ZTE Corp, according to latest data from industry research firm IDC.

It’s also believed that Apple’s suit could be a direct attack on Google’s Android which the late Steve Jobs called a “Stolen Product”. It’s hard to tell what the exact impact of the Jury’s decision on Google/ Android or the various companies that use android OS will be but we’ll have to wait and see. As luck would have it, Nokia and Research in Motion (RIM) come forth as Friday’s biggest winners since the two companies own large and longstanding portfolios of mobile device patents which seem to be the ones keeping them afloat. Unfortunately, this may not help them get into the lead once more.

In Apple Vs Samsung, the biggest losers are consumers. If the verdict stands, then the costs of the judgment will be reflected in the cost of mobile devices. This battle would be reducing competition in the market with top contenders like Samsung, HTC and Motorola which would mean fewer copycat devices hitting the market and less price competition. And that would almost inevitably mean Apple — or any other innovator — would be able to maintain the monopoly and charge whatever it thinks it can get away with.

“Consumers could experience some discomfort in their use of smart phones if Samsung and other manufacturers are forced to design around certain basic functions to avoid violating Apple’s patents. Consumers could end up with some welcome diversity in phone and tablet design — or they may be stuck with devices that manufacturers have clumsily revamped to avoid crossing Apple. It’s possible that the next great phone, the one that shames the iPhone the same way that the iPhone buried the Blackberry, will never make it to market. Designing and selling an advanced smartphone just became a dangerous business”, as one could get sued for a billion dollars.

Even though Friday’s verdict is justice, it doesn’t feel like a win. It feels like the day when Apple is acknowledging competition exists and probably that they miss Steve jobs (RIP). A few years back Apple’s market share was motivated by excellence and freedom, and people bought Apple products because they were the best not because they won a court case.

What Apple doesn’t realize is that litigation has made Samsung’s brand more recognizable and truth be told Samsung is a more versatile brand than Apple, which has largely stood by its original form and design, but is now bowing to pressure as speculation that the next iPhone will have a bigger screen and new iPads may be smaller and probably cheaper, is all over the place.

My take is that gaining $1billion and losing the actual battle of strategizing to stay as a top smartphone maker is a loss for Apple and a win for Samsung. Lastly I will leave you with the Coca-Cola example.  Whoever tries to copy Coke will always stay a Coke copy cat/wannabe and Coke will always be in the lead.

What Apple should have done in this case would have been to pursue an out of court settlement in regard to its patents and stay the ingenious Apple not the scared Apple so their PR strategists should have thought of the adverse effects on the brand rather than taking on a suit they knew they would win. What I think Steve Jobs would have done, would be to challenge Samsung to a smartphone battle. Now that would have been interesting! but yet again… rest in peace Steve Jobs.