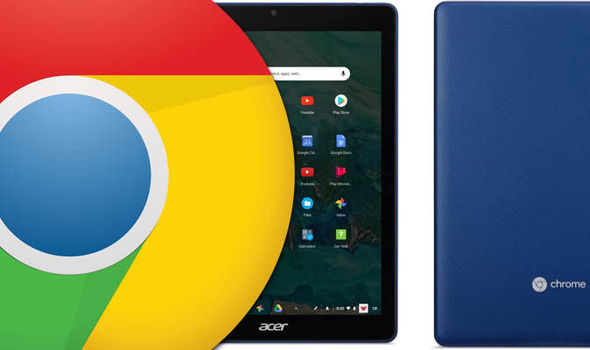 It is quite obvious how Android tablets have particularly lost its spark despite doing well in sales. Google has not made an android tablet in years now with more focus on the Chromebooks and Chrome OS. Besides the fact that you can use android apps on any Chrome OS device. In addition to that, you also get features like split mood, screenshot, and other android based features. This features will go ahead to be useful with Chrome OS on tablets which is what Google has been driving at bit by bit over time. Unlike Android on tablets that runs on old software, the Chrome OS receives regular updates offering latest features and better security.

Android on tablets has been more or less dormant for some time now. No update on tablet-centric apps. More so, there has been a boom in the success of Chromebooks especially in the educational sector where it has been widely embraced. Also, the Chrome OS has gotten a lot of work done on it by Google over the years, becoming a simple and secure interface for media and surfing the web. It is quite clear that Google is focusing more on Chrome OS for anything besides smartphone to create a more unified platform but there are still some issues like Android apps having hickups running on Chrome OS. Nonetheless, trust Google to sort this out just like other features it has smoothened on the Chrome OS platform in time past.

Read more: How different is Chromium from Google Chrome browser and Chrome OS

Considering Chrome OS is cloud-based, there is no better time than now with the range of internet options on to ensure that you can fully utilize this. Android failure on Tablets over the years has made other options like Apple iPads, Microsoft’s Surface and Amazon’s Fire tablets quite popular. However, for a while now Chrome OS has been offered on convertible Chromebooks, hence, adding more touch-centric features that would go on to help on Tablets. There are markers like being able to opt for a tablet version of a website recently added to the Chrome OS to ease your browsing experience. All of these gives a bit of readiness for Chromes OS to take over from Android on tablets now more than ever.

The switch has started already

From the debut of the Pixel Slate from Google and then the arrival of the first true Chrome OS-based tablet like Acer Chromebook Tab 10. It is inevitable that Chrome OS will take over from the failing Android as the platform for tablets.There is the HP Chromebook x2 too offering the Chrome OS on a Tablet. Just recently, the ASUS Chromebook Tablet CT100 was debuted which only re affirms the future of Chrome in the Tablet scene.

Putting aside the Surface Tablets, iPads, and Amazon Fire Tablets, the Chrome Tablets is very much likely the best thing on ground now. To that effect, any other stand-alone tablets will very much likely come out running the Chrome OS because of the simple advantage of merging both laptop and tablet experience into one. The change is a welcomed one but there are still some changes to be made if it is to compete with iPads and other prominent competitions