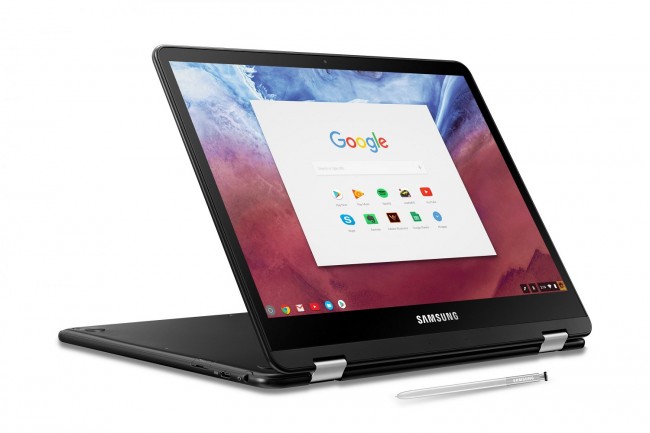 Chromebooks are an interesting breed of laptops. At first, these were simply underpowered laptops that ran just one thing, the Google Chrome browser. Subsequent updates to the platform and a lot of hardware upgrades have since brought more functionality to Chrome OS. In 2016, we saw the biggest milestone in my opinion, on Chrome OS, the ability to run Android Apps. Earlier this year, Linux apps were announced to be coming to Chromebooks. All this meant Chrome OS wasn’t Google’s little pet-project anymore.

Google is reportedly working in a new feature in ChromeOS called Campfire, which will allow users to dual-boot Windows 10 on their Chromebook laptops. In a post that was first documented by XDA Forum which discovered a code branch called Campfire in the Chromium Git, and a reference to an “Alt OS.” It has since been confirmed that this is Windows. The team over at XDA Developers also found evidence that this isn’t just an internal test, but a feature that the company intends to launch publicly.

From the information we have about Campfire, this could be something we might all want to get excited for as Campfire should be easy and straight-forward to use. I mean, you don’t even need to turn on Developer Options or tweak with cmd’s, something that made Chromebook owners ish-ish about switching to Linux. XDA Developers has also stated that users won’t have to do anything potentially risky, like installing a new bootloader or manually flashing their device’s firmware.

In the XDA post, the writer is quick to note that “The crosh source code suggests that the minimum storage requirement will be 40GB (30GB for Windows and 10GB remaining reserved for Chrome OS).” This puts this out of the realm of possibility for most Chromebooks with soldered eMMC.

Campfire could be considered a strategic PR move that proves the search giant can play nice with technologies, not in its stable. Also, if this really comes to be, Chromebooks will suddenly become the most versatile pieces of hardware in the market, being able to run Android Apps out of the box, the ability to boot some versions of Linux and Windows, all in one PC. This is like the ultimate multibooting device.