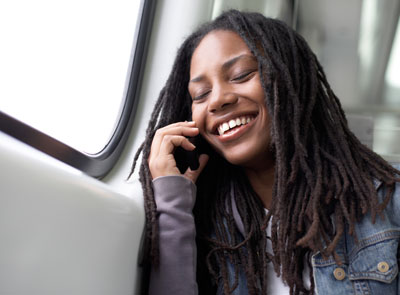 Making international calls is no not as hard as it used to be. Back then, International call tariffs were so high that just a couple of minutes would cost so much. This began to change with coming of Instant messaging services like Yahoo messenger and Skype. At this time, these were majorly desktop apps because smartphones were still a couple of years away. When the likes of Android and iOS became popular, they changed the game entirely giving birth to the new app economy. These days there is almost an app for everything.

Here are 5 (among so many) apps that you can use to make international calls for free as long as you have a data/internet connection.

Now owned by Microsoft, Skype is one of the most popular calling apps among the very many. Available for desktop, tablet and mobile, you can take Skype everywhere with you enjoying crystal clear calls to any destination as long as you both have an internet connection. Skype is also available for Android, iOS/Mac, Windows supporting Voice/Video Calling, Instant messaging and file sharing among a host of other free and paid features

Hangouts is a Google app formerly known as Google talk. It comes pre installed on any Android phone and is also available via desktop or tablet. Hangouts is more integrated into your Gmail/Google Plus and helps you chat with anyone in your address book with option of Voice or Video calling. The best thing about hangouts is the ability to control bandwidth better compared to other apps. It also has lot’s of features like “Hangouts To Air”  that enable you to broadcast your hangout to YouTube for free

Tango is a cross platform messaging and voice app that combines communication, social networking, and content in a single platform. The best part, Tango prides in giving members more fun and engaging ways of connecting with those they care about through social networking, playing games, sharing music, lively animated surprises, and a whole lot more. Tango is available for Android, Blackberry, iOS/Mac and Windows/PC.

Popular as a chatting app for Facebook, Messenger is being pushed as an independent app for chatting and calling. We used it a couple of times to call the US and it worked just fine. Messenger mainly helps you stay in touch with your Facebook friends instantly.