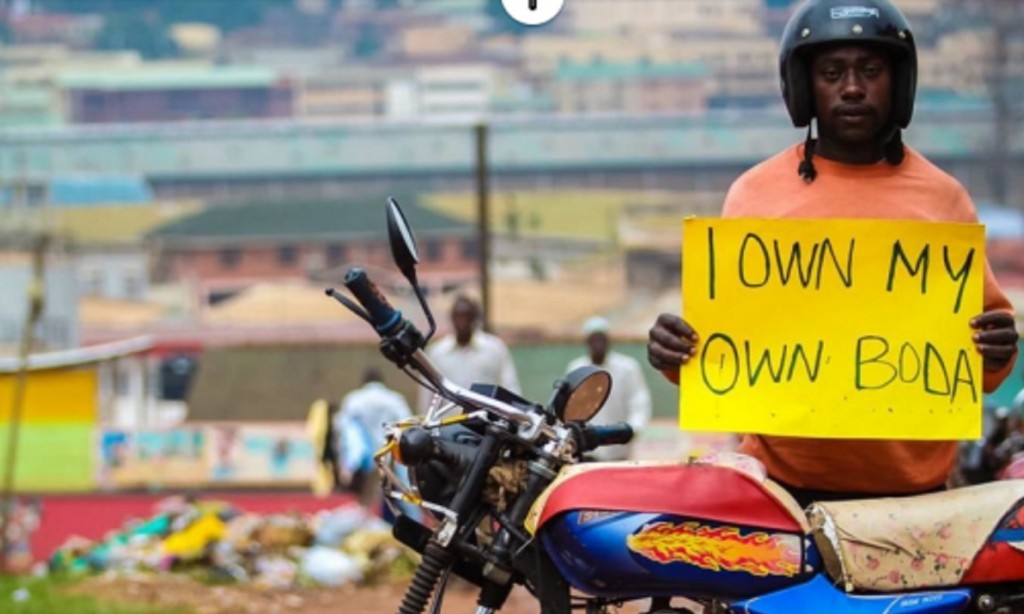 Tugende, a for-profit social enterprise based in Uganda, announced its launch of Tugende VIP — a premium brand of signature dressed and highly trained drivers of motorcycle taxis colloquially known as boda bodas.

Tugende VIP currently works via a web app where a prospective passenger locates the nearest boda boda driver by help of an interactive map. Upon which, they are provided with a sheet (available for download) containing the driver’s contact details and fact file. What is nuanced here is that, the boda boda driver need not have a smartphone but just any phone that can enable them pick up calls. Tugende VIP intimates that their model allows passengers to find approved drivers easily, and that it has advised its drivers to give relative prices instead of charging a premium in order to attract repeat business.

In the sense, the line heavily banks on relativity than pre-set thresholds.

Notably, Tugende VIP is not the first of the kind in the market. In precedent, SafeBoda and less known EasyBoda are at the forefront of grabbing the largest of the market pie of uber-izing boda bodas in Kampala. Like uber, the popular American taxi app, a passenger, with the help of the mobile app, taps away on their smartphone and orders for a taxi. One of the assigned drivers picks them up and drives to a destination of choice. The billing is computed from the mileage covered leaving no place for haggling.

Whereas Tugende VIP leaves the powers of setting transport fares to the forces of demand and supply diced with proportionate regulation, SafeBoda and EasyBoda seem to entirely outsource the pricing to clever algorithms. However, they feature emphatically on their branding, which stands out of the crowd — Tugende VIP donning pink vests, SafeBoda with orange vests, and EasyBoda’s proposed SandyBrown (yellow-ish) vests. The undertone is carried all through their branding materials such as helmets and stickers.

There are eye-catching propositions all the entrants in the moto-taxi are putting forward; safety of passengers by use of clean helmets, professional relationships between riders and passengers and notably building high trust levels. Perhaps when all these tenets are realised, the logistics and transport industry is poised for unprecedented disruption, such an earlier stint involving riders from Tugende delivering orders made from HelloFood.

A recap of the blogpost announcing the launch of Tugende VIP:

“Tugende VIP is a natural extension of our work empowering responsible boda boda drivers,” said Tugende CEO Michael Wilkerson. “We are happy to connect some of our highest performers as Tugende drivers, with passengers looking for a guaranteed high level of professionalism and service.”

“We’ve been working on this for a long time,” he added, and we are pleased to finally launch with a group of drivers, a visual brand, and the training behind it to live up to Tugende’s leadership in responsibility on the road.”

Tugende VIP is launching with 20 drivers in Kampala, but hopes to expand as quickly as possible, while keeping strict standards of quality and responsibility. Tugende also operates in Mbarara and Jinja and is looking to expand its core financing services and VIP across the country over time.

The Tugende VIP launch follows soon after Tugende’s January announcement about closing a new round of $780,000 in investment, including the highly selective Echoing Green award for global social entrepreneurship, and major growth in key areas including revenue, customers and staff.

Tugende offers an affordable lease-to-own model to help motorcycle taxi drivers own their own motorcycles in 18 months or less instead of renting indefinitely. Payments are comparable to what drivers would otherwise pay in rent, and ownership significantly increases income, job security and road safety for drivers.