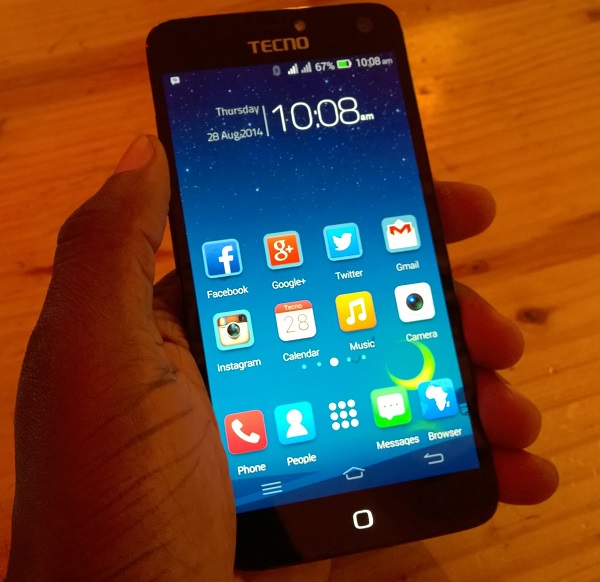 Smartphones seem to keep evolving at a rapid pace. What used be considered a mid-range device with a dual-core processor for instance is now an entry-level smartphone. Quad-core devices with 1GB of RAM and about 8GB of internal memory are quickly becoming the norm while we push for octa-core devices with at least 2GB of RAM.

We know that Tecno, the Chinese vendor that solely produces devices for the African continent is on a specs and price race with global brands such as Samsung, HTC, Huawei, LG, Sony, Microsoft among others. The Chinese vendor, however, seems to be on its own trajectory especially when it comes to matching specs and prices. Tecno’s prominent phones of Q1 2015 have already been listed. Now these are some of the least known yet still formidable devices from the vendor.

The Tecno Y4 is a 3G entry-level device running Android 4.4 or KitKat. The smartphone spots a 4.0 inch IPS Touchscreen with a 480*800 resolution.

On the processing side, the Tecno Y4 is powered by a 1.0Ghz dual-core processor, 1GB of RAM and has 8GB of internal memory. I know dual-core smartphone doesn’t ring a bell anymore as it used to do 2 years ago, but it’s fine for an entry-level smartphone.

On the optics is a 5MP camera with LED flash to give you “good enough” shots you can share with friends on Facebook or Whatsapp.

The device is powered by a 1800mAh battery which might run long enough on a 4.0 inch screen.

Tecno H3: A low-end smartphone with a good battery

Like the Y4, the H3 comes with Android 4.4 or KitKat, is powered by a 1.0Ghz processor, comes with a 5.0MP back camera with LED flash, has Wi-Fi, Bluetooth and HotKnot, Tecno’s file sharing tecnology.

However, the H3 is powered by a 2,000mAh battery which makes it a low-end smartphone of choice for those that care much about battery life.

Tecno M6: A mid-range phone for the everyday smartphone user

Now the Tecno M6 is a mid-range smartphone for those that wish to have a bit of a larger, powerful smartphone than the Y4 or the M3.

The phone is a lot larger with a 5.0” IPS touchscreen. You’ll also get two more cores than the H3 or the Y4 since the device sports a 1.3Ghz Quad-core processor. Now 1GB of RAM is still kind of the standard memory capacity you’ll get from such devices, but 8GB of internal memory is sort of a let down.

Nevertheless the M6 will excite photography ethusiasts with a 8.0MP AF back camera and a 2.0MP front cam for the selfie addicts. With 480*854, you won’t get HD quality display which is still a big compromise these days.

On connectivity, the M6 comes with the standard options; a GPS, Wi-Fi, Bluetooth, HotKnot which is Tecno’s awesome file sharing technology and OTG. Now for those who don’t know,  OTG enables you to connect USB devices such as USB keyboard, mouse or even a flash disk to your smartphone. Yes, forget your finger, you can use a mouse to navigate your smartphone…but who does that?

All this runs on a 2020mAh battery. But with a 5.0” screen and a quad-core processor, you’ll probably run into the same battery issues every smartphone user frowns about.

Tecno L7: A high-end HD smartphone with a good battery

Now, we know we all hate our smartphones because of their miserable batteries. Here’s pain medicine; the Tecno L7’s 3050mAh battery.

On the processing side, you’ve got a 1.3 Quadcore processor which doesn’t ring bells these days. But 2GB of RAM and 16GB of internal memory surely raises some eyeballs.

Now we don’t know how the 5.0” HD screen and Quadcore processor weighs on the 3050mAh battery, but we shall just have to wait for the review to come out.

3 thoughts on “These are the less known Tecno smartphones for budget conscious, battery and high-end users”