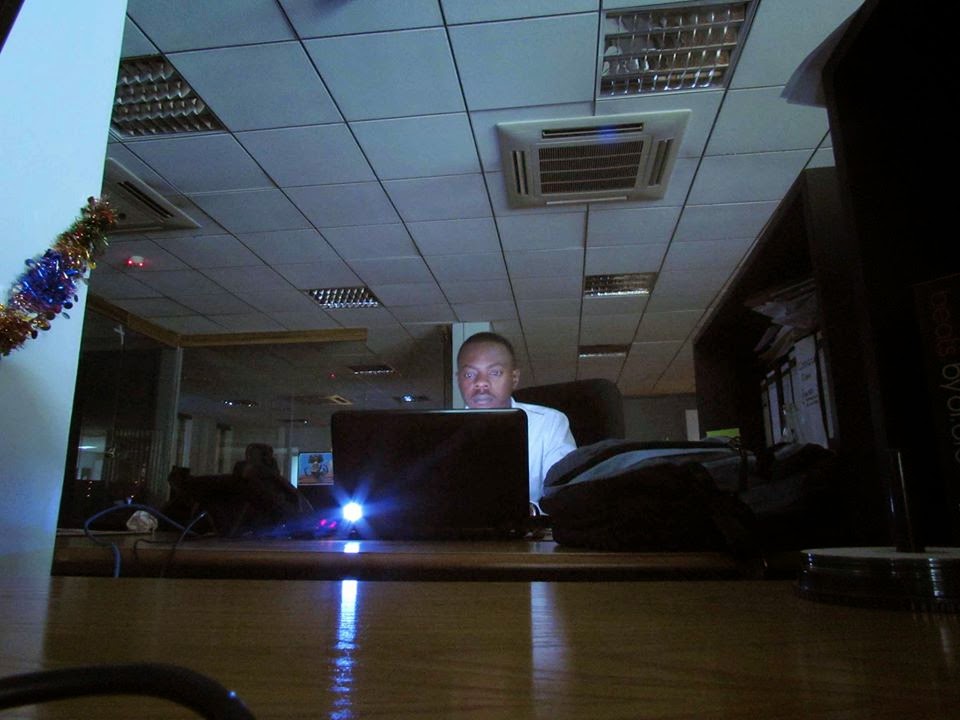 Editor’s note: This is guest post by Patrick Seruyange. He is an entrepreneur & C.E.O. of Xibra Digital and Creative. He is an acclaimed filmmaker, Ad-man and a professed foodie living in Uganda, E.Africa.With his career spanning six years, Patrick has worked with a broad portfolio of clients ranging from leading Multi-nationals to home grown brands, Including; Google, MTN Uganda, Shell-Vivo, South African Tourism board.

Growing up, I was always fascinated by machines. I spent hours to an end dismantling whatever electronic I could get my hands on to figure out how it worked and often in the process destroyed it. This created some tension at home because my parents were always taking appliances to the electrician for repair.

Then in my fifth grade, I bugged my dad to enroll me into the Wiz kid’s computer training summer program. To which he finally agreed to because he realized that there was nothing he could do or say that was going to capture my imagination quite as much as a computer had. At the time, I was in between Uganda, where I studied and Nairobi where we lived as a family.

After my P.L.E (7th grade), I was given my very own desktop machine. Remembering back to that moment, I experienced complete exuberance. The following week, it was at the back seat of Dad’s Peugeot as we drove to downtown Nairobi to Wananchi telecom, which was the more affordable ISP option to Africa online, to have the necessary software installed so I could dial in. From the first time I was connected and logged onto google.com, I was hooked to the Internet of Things (IoT).

Later that year of 2003, my parents and I moved to America where we lived for the following year and a half before eventually settling back to Uganda where we have been ever since. It has been a huge learning experience to live home again. Especially for my parents who had been away for close to thirty years (they fled the country during Idi Amin, the dictator’s reign because they felt their lives were in danger).

The Internet of Things (IoT) is the network of physical objects or “things” embedded with electronics, software, sensors and connectivity to enable it to achieve greater value and service by exchanging data with the manufacturer, operator and/or other connected devices.

Think of your entertainment system in your house. It is now possible for a smartphone to stream music directly to the system wirelessly via Bluetooth and hence giving the stereo a higher value because it changes a consumer’s entertainment experience.

In May 2013, I was fresh out of University and already running a media company with my former classmate Carlos. At the time we had just done some decent work for a few clients and I was feeling pretty optimistic about the future. While surfing the internet late night one night as I usually did, I was frustrated at how one of the local daily’s website had a poorly organized library. Then the idea hit me.

I realized that the experience of a reader could greatly be improved if he had an application that could predict stories he would be interested in and go ahead to notify him via alerts. That way, people would be able to read more relevant content.

I had a eureka moment. I immediately sent my older brother, a programmer, an e-mail to see what he thought about the idea. As I thought about it more, I realized that I did not have the necessary coding skills to write the code for the application, so I looked for someone who could.

Frank and I were classmates in O’level. We hadn’t talked much since then but when we met again, we immediately clicked. He was a quiet fellow, however when the conversation was about robotics, hacking and anything else awesome, you had his attention. From the many brilliant ideas we brainstormed, developing and marketing a student management system seemed to be the one thing Uganda needed.

It was almost a joke to imagine that more than 90% of schools managed their data on paper. Not only was this a danger to the lives of the people in the school (fire hazard) but it also seemed illogical as to why schools had not moved to data systems. After talking to Geoffrey, a school accountant, I realized that the software that was often available and affordable on the market was not tailored for our structural systems and worse; schools were not educated on e-commerce tools to enable them to purchase the needed software online.

Frank and I got to work right away and two years later, we finally have a smart student system that aggregates various data to provide foresight for administrators, which in turn empowers them to better plan for their schools.  Our solution may not solve all the developmental challenges our country faces. However, empowering Head teachers with information to make informed decisions is a good starting point.

How do schools benefit from this? With our system, it is possible for the caterer to determine how many students on average actually eat lunch during the week, which can lead him to reduce the portion of rice cooked by 3 kilos per meal. When you multiply the number of kilograms over the course of the term, the school saves. But this is only possible if a system by design accounts for the structural setup of society.

It is becoming increasingly important for companies developing solutions for Africa to first understand the people and their needs before rolling out products. Mobile money is an example of an innovation that solves a real socio-economic problem. Africa needs more innovations like that.

I fell in love with the Internet of Things because I saw a real opportunity to be part of something bigger than my own ambitions by developing solutions that make people’s lives a whole lot easier. When I started out on the Xibra venture, I thought to myself, “who am I, an arts major to create a solution that will solve a real problem?”

After many hours of reading tech digests and countless studies of observing how people respond to some of the solutions we have created, I now understand that with enough determination you can teach yourself just about anything. The secret is in learning to give yourself every opportunity to improve and get things right.

The the answers to Africa’s problems like poverty and healthcare are among us, the rising generation and all that needs to happen is for opportunity to meet preparedness. And I believe that with the amount of digital data available, developers should take advantage to design solutions that are more afrique-centric.

That is my story of falling in love with the Internet of Things.