Great. Pleasantly surprising.  Those would be apt adjectives for the announcements at this year’s Microsoft Build. And some could argue that to be an understatement.

#Build is the ultimate Microsoft developer conference held annually by Microsoft to discuss  and unveil new developments on its platform. The three-day event, no doubt Microsoft developer nerd-vana, is what Google I/O is to Google developers. This year’s #Build began on Wednesday 29th April in San Francisco and ended on Friday 1st May.

The biggest news last year was arguably #Cortana, the company’s personal voice assistant, like Siri is on the iPhone. However, the key note this year packed with it  much more surprise than news. And the Redmond technology giant’s CEO, Satya Nadella, tellingly opened the conference stating the company’s goal to empower every organization by focusing on empowering developers.

Here are some talking points:

Credit: The Next Web

Scott Guthrie started by announcing the availability of the .NET Core as a preview for Linux and Mac OS. It is the development stack for cross-platform .NET, open-sourced on github. It is a realization of Microsoft’s promise at last year’s Build to embrace open-source and collaboration. .NET Core RC will essentially allow developers to build on top of Microsoft Azure regardless of their platforms.

Use Visual Studio on Mac and Linux

You can now build with Visual Studio on your Mac or Linux using a “light-weight code-optimized” version of the product called Visual Studio Code. The code-editor, which also runs on Windows, comes with intelli-sense and many core Visual Studio features as well as GIT source control. And it is absolutely free. Grab a copy now (preview). 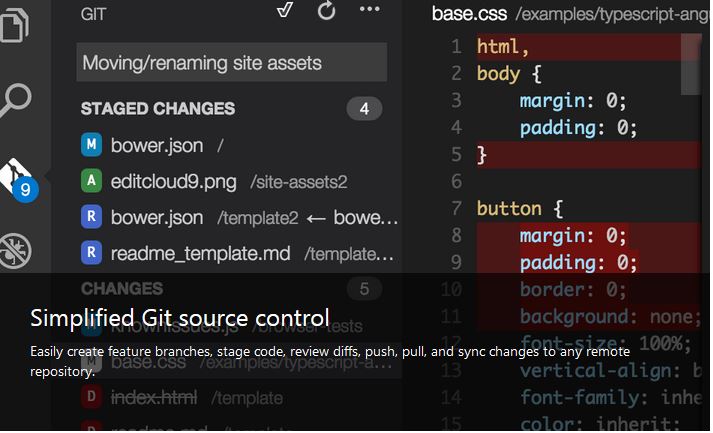 Get ready for data warehouse-as-a-service powered by Azure

Azure will support creation of data warehouses through a service. The service is comparable to Amazon’s Redshift data warehousing solution.

Azure Data Warehouse will also allow you to easily perform analysis/business intelligence and integrate machine-learning. With machine-learning comes truly intelligent apps that learn from the massive amount of data in your warehouse. Moreover, the data warehouse is easily scalable and flexible, and would help any organization answer any number of operational questions.

Office 2016 will come with the ability to integrate with third-party cross-platform services and data. These add-ins will greatly improve the utility and experience of using Office. For example, a LinkedIn add-in in Outlook which pulls LinkedIn profile information for people/emails in the To and C:C fields of an email.

The Office Graph API SDK and Web SDK for Skype (imagine embedding Skype capabilities in your apps) are available for developers.

As a developer you will be able to build one app that would work on all devices running Windows. This means you can build one app that will work on an XBox, PC, Tablet, Microsoft HoloLens, Windows Phone or Raspberry Pie! You’ll write one code-base and have it easily run on all those platforms.

Carrier billing will allow you to pay for apps using mobile payment options like mobile money. It is greater incentive for developers, especially in developing countries, to tap into the developing markets where payment systems typically supported on the Windows Store (VISA, MasterCard etc.) do not work.

.NET and Win32 applications will be supported on the Windows Store

All your popular Win32 or .NET applications (desktop applications) like Photoshop will be supported on the store and deliver the same experience.

If you’ve an Android or iOS app, it is going to be easy to import your current code base and compile it in Visual Studio 2015 to port it to Windows.

“Project Spartan” was the code-name for a project to build a successor for Internet Explorer. Microsoft revealed the official name for the new browser – it will be called Microsoft Edge. The browser also comes with Cortana integration so you can ask Cortana to do things for you in the browser.

The most exciting thing was the HoloLens. For those who may not be in the know, HoloLens is a head-mounted Augmented Reality computer. It creates holograms that you can interact with. Microsoft demoed the power that HoloLens and the Microsoft Holographic platform has to change many industries and aspects of life. In your home, you could have apps pinned to various surfaces and have them follow you wherever you go in the house! At medical school, the HoloLens could replace how anatomy is taught. Instead of cadavers and illustrations, students can use very realistic holograms to learn.

Thoughts – One OS to rule them all

Windows 10, running on the Universal Windows Platform, may well be the product that makes Microsoft the cool kid again. In it they have the potential to reel in developers from any platform and consequently users too for the awesome products built on its platform. It appears that instead of trying to cajole developers to come to their ecosystem, Microsoft have brought the ecosystem to the developers, allowing them to continue using their current skill-set and environments to build for Windows. The argument about the small number of apps on the Windows Store suddenly becomes shaky. Satya was also keen to remind us that Windows 10 is not just another release of Windows but rather, a new beginning and paradigm shift for the company. However, it is yet to be seen if this strategy and platform will bear as much fruit as they promise.