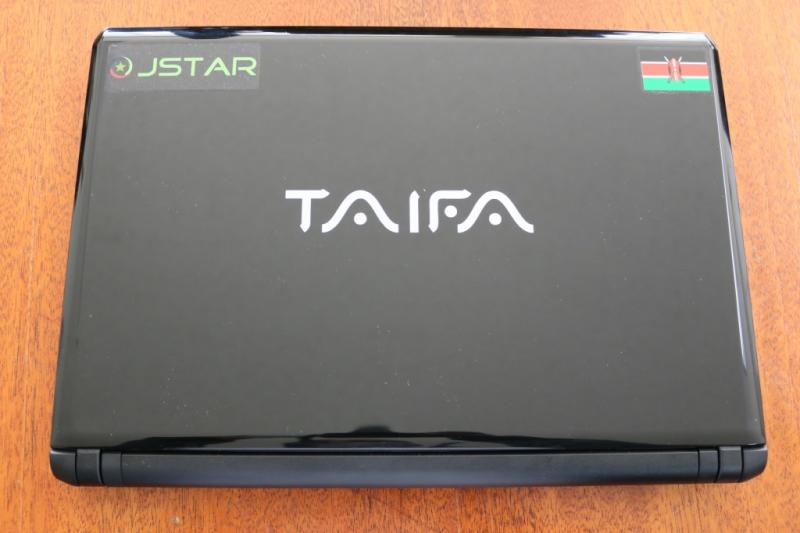 Lets make this clear; Mobile phones and mobile apps alone will not save Africa as you’ve read in several western media outlets. At least Jomo Kenyatta University of Agriculture and Technology (JKUAT) doesn’t believes so. That’s why the University has launched a mid-range laptop dubbed the Taifa A3.

The Taifa A3 isn’t like one of those devices sent from abroad to save poor African kids. The laptop assembled in Kenya sports a 14-inch screen, 2.4GHz Intel Core i3 processor, 4GB of RAM, 500GB hard disk. For connectivity options, the laptop comes with 3 USB ports, one HDMI port and is capable of running for 7 hours on battery according to Techweez, a Kenyan-based website. It’s almost like the laptop am using to write this story, but a little smaller.

On the software side, the laptop runs Microsoft’s latest operating system Windows 8.1 and is expected to retail for a price of Kshs. 49,000 ($504 or about Ugx 1.6m) in selected stores in Kenya.

The projects is a collaboration between the University, Chinese company called Inspur, Intel and Microsoft.

The Laptops will be assembled at the Nairobi Industrial and Technology park in Juja starting this September according to Techweez.

Other notable hardware projects originating from Kenya include BRCK— a smart, rugged device that could connect to the internet any way it could, hop from one network to another, create a hotspot for multiple devices, while plugged in or running on battery power.