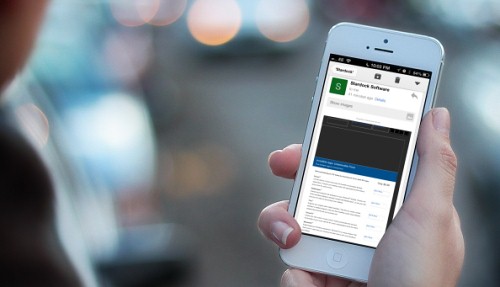 Up until now, we have been using web 2.0 applications such as Gmail, yahoo mail,  Facebook, twitter and the like predominantly from our computers. When apple invented the iPhone back in 2007, suddenly everything changed. Applications that we once accessed only using our desktop PCs or laptops can now be swiftly navigated using Mobile smartphones and tablets running android or iOS. In fact because of hardware capabilities that mobile devices have over most  PCs such as GPS, camera, 3G antennas, I enjoy tweeting from my Droid than from a PC since I can capture my location, take and share a photo from just about anywhere with 3G connectivity. However, because smart phones and tablets have not yet fully penetrated the African market, not so many people are aware of the capabilities of these devices. Often when chatting with a friend on gtalk, Skype or Facebook using my Android phone, I’ve to remind them that am not in office seated in front of a PC but rather, am using ebuddy or imo android app that lets me access my gtalk or Facebook chat like a PC user normally would. For instance this year I had an old friend’s wedding to attend, I informed my brother about it. So I obviously went with my Droid on and had imo chatting app running in the background. So my bro sees my status as online and immediately thinks am at work or at home doing some work on my PC.  I had to remind him of the new capabilities of a smart phone and quickly took a photo of the Reception for a visual confirmation. Also anyone reading this post(most likely from a PC ) will initially assume I wrote and published it using a PC until they see a small note at the end of this post that says “Published with Blogger-droid v2.0 .1” which is an android app for blogger. So until now, some PC users using cloud applications like Facebook still assume that everyone else is using the same device(PC) as themselves until told otherwise! This default mindset won’t change until people own and come to understand that smartphones specifically those running android & iOS are now as powerful as the big old PCs or laptops that they use at office or at home. The age of mobile computing is upon us and it continues to catch-up and will perhaps even supersede desktop computing. Image source: Smashing Magazine