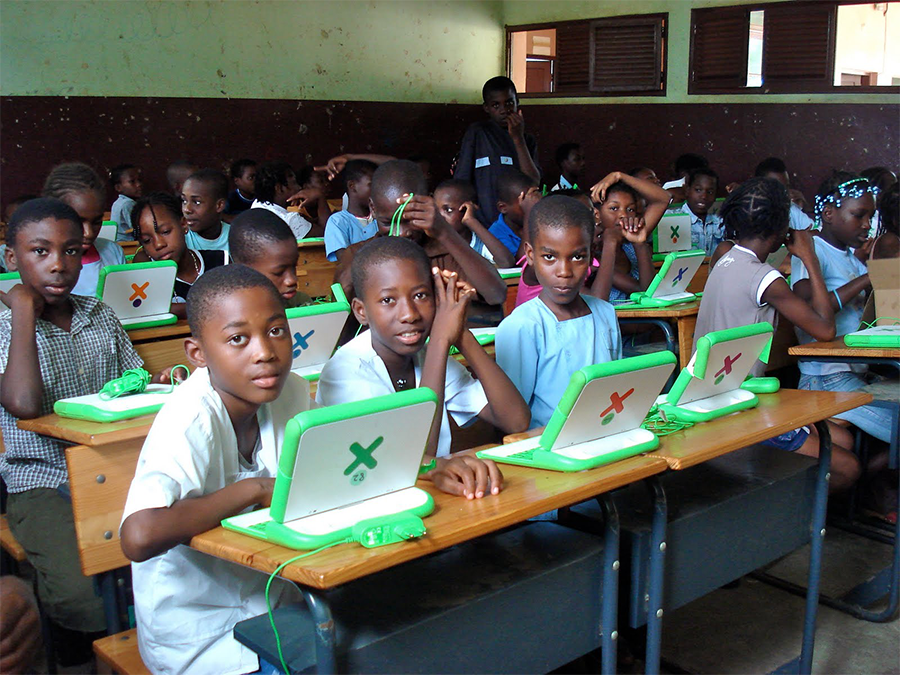 When I was in elementary school, there was a controversy about these little devices called calculators. People said,”Oh, kids aren’t going to learn arithmetic!” They turned out to be true although students could probably add and subtract but doing long division was a long lost skill. The calculators didn’t  go. The perception of education, since that disruption, has never been the same.

In Africa, education accounts for the majority 35% of Africa’s middle class. The middle class is expected to expand exponentially because of the vast majority of the youth –who account for 80% of the population– are currently enrolled in school.

Edtech(Educational technology) in Africa is more than a decade old. It started in the late 1990’s when most parts of Africa were getting their first internet connection. Where as institutions of higher learning championed this project through use of wikis, blogs and the like, elementary schools were employing offline study guides such as encarta encyclopedia, academic computer games. Amid that change, students were sneaking in the much criticized little demons — calculators. Arguably, most of these academic aides were donations from the international community. In tandem, e-learning platforms developed in universities where notes were availed for distribution and also meant to bolster out of class interaction amongst students and lecturers.

The uncertainty of change loomed  in the last 10 years. Since then, the disruptor(calculator) was disrupted by an internet giant — Google. The penetration of the market by mobile devices, improvement in connectivity and a continued attitude change towards technology have been pivotal towards this change. There is contention of how the search giant is making many students stupidier by the day. If you define intelligence as the ability to blab a couple of crammed random facts, then, you may be right. However, if you are to relate them to who we are — the dot com generation — then we are more intelligent than ever before. We don’t need to fill up our precious neocortical real estate with lots of facts. We carry access to all the information humanity needs in the palm of our hands. These empowering tools are not going away any time soon.

The ubiquity of social media has been embraced by education. Learning is social that is why Nigeria’s StudentCircle is scoring big. It avails resources for students in Universities, high schools to share knowledge and course material in a more social way. Also, Uganda’s BrainShare seeks to provide an fully-fledged online environment where most of the academic resources are provided at a freemium or subscription basis. The influence of Massive Open Online Courses on the international scene has furthered influenced these social startups into making strategic partnerships with established academic institutions to provide accreditation for the tasks completed. Mxit’s bookly brings an e-book experience for its users to read and share content. StorySpaces empowers the youth in Kenya to use digital tools and social media to leverage empowerment.

At least every leading university on the continent has a an e-learning platform(whether functional or not). However, there hasn’t been serious effort to disrupt the main system through these platforms. Uganda’s Virtual University provides all courses online for it’s students. Also, efforts have been extended into moving e-learning platform to high/secondary schools for example MTN’s project of availing academic resources for high school students where they are marked online.

In Rwanda, MIT professor’s visionary One Laptop Per Child project has registered massive success as a tool for helping kids study. Arguably that is why it has been adopted by Kenya–at least 1.3 million laptops will be availed to form one students free of charge. The interactivity these entry level laptops bring about is totally worth it. Further, the introduction of the tablet as an academic tool is perhaps going to be the greatest catalyst for edtech in Africa. The easily chargeable and portable tablets(ebook readers or kindles) are a great tool for study. Kenya is growing steadily with the conversion of many academic resources to digital format. An  eco-system is being built in pursuit of online education excellence. Organisations such as; kytabu, ekitabu, eLimu offer a cheap access to readership to rather inaccessible or even expensive books that may not be readily available to the students.

What is the future of education without gamification? Game psychology puts it  that game players are better problem solvers compared to their non-gaming colleagues. This is because of the design of games that requires quick decision making. Problem solving is therefore simulated in real life. Ghana’s game studio created LetiGames; a game that has some of Africa’s greatest warriors in one setting and this could promote study of social sciences and history of the fast fading African culture. Uganda’s My Revision Guide is a game that rewards a student with points for every academic task they complete in the game setting. The points are then retrieved to gain access to more academic resources.

The rapid establishment of hackerlabs and open spaces in Africa have brought about an “out-of-the-building” experience with students where they get hands on with academic resources especially the practical bit of it. Right from hardware prototyping, business development, skills acquisition in a lean way.

Much as the Edtech revolution started at the beginning of the new millennium. It suffered slow motion growth because of the obsolete systems in place. However, the improvement in the avenues of accessing content through smartphones and tablets, ubiquity of better internet services and stakeholders’ willingness to participate and the general improvement of infrastructure. Importantly, the entrepreneurial abilities to exploit Edtech, through providing more accessible and better solutions as well as promoting education as part of a social good.

4 thoughts on “The future of Edtech in Africa”