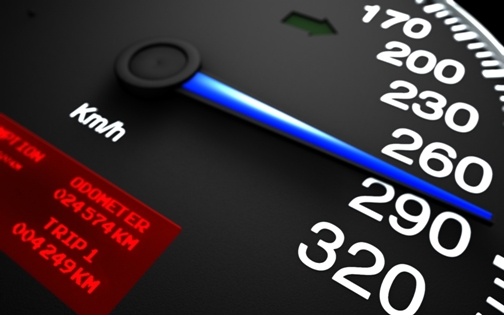 Bad things happen to good computers that have been around for quite a while. They get moody, arthritic and downright slow. Operating a PC becomes an anger management class. Or not. It all depends on you for lo and behold! We bring you a few tweaks that will resurrect that snail you call a computer. Here’s what to do:

Any program that runs on the PC is loaded from the Hard Disk or removable media onto RAM (Random Access Memory) which works as sandbox—a play area. The bigger the program, the more RAM is utilised so somebody running Photoshop would appreciate a bit more RAM added to the PC for optimum performance. The PC would slow down otherwise.

A Solid State Drive (SSD) is a next generation drive (though it’s been around for decades) from what has been the norm, the Hard Disk Drive (HDD). Overall performance improvements have been noted versus the HDD. The PC is also more resistant to shock and quieter as the SSD does away with the spinning of electromechanical magnetic disks in HDD. However, SSDs come with a steeper price tag and with less storage space than you’d be accustomed to.

Over time, dust and lint clog up a PC which in turn runs slower or shuts down abruptly. Your PC is actually doing this for your benefit. Shutting down keeps the PC from overheating or worse. A keen ear will warn you that your PC isn’t ‘breathing’ as it should. Unclogging the fan should restore air circulation. Our EIC David Okwii here at Dignited recommends baby wipes for the monitor and keyboard cleaning.

A number of processes and programs load by default every time one starts up a PC whether one needs them to or not. What this does is that it strains the system resources running non-vital applications. To tune-up your start-up processes, do this:

Open the Task Manager (Ctrl + Shift + Esc) or type Windows Button + R and then type MSCONFIG) you to see the STARTUP tab.

The system will show the applications that start up by default and their impact on the performance of your PC. Disable any you don’t consider vital. This has no impact on system processes.

Disk Cleanup scrubs the PC for any files you may not need such as temporary files and the Recycle Bin that may be overstaying their welcome and clogging your system. Performance improvements are debateable nonetheless but hey, you get to free up some space of your Drive.

Aero effects introduced in Windows Vista provide that appealing shimmery glass interface though it comes at a cost. Older PCs especially can have a bit of an issue keeping up translating in marked sluggishness. If you are looking for some oomph from your PC, please turn it off.

On the Control Panel, click on “Uninstall a Program” to get a list of all installed applications. You will find a number of applications hogging your Hard Disk space and running in the background yet you don’t need or know them since Adam. These include so-called toolbars, old unused programs and crapware that comes attached to software you installed. Show them the boot, please.

Your open applications leave a very solid footprint in the form of considerable RAM and CPU usage that can’t honestly be ignored. Opening a dozen tabs on your browser only serves to slow down your PC as well, so cut that out. Unless you have a 16 GB of RAM Core-i7 turbo boost processor in which case, ignore this suggestion and go back to being awesome. The rest of us, back to earth!

Viruses have been known to bring PCs to their knees not with the dedication they put into wreaking havoc to your system. Some propagate at tremendous speed and before you know it, your PC is a motherload and very dead. Never underestimate the services of a good antivirus for it can be a lifesaver on a rainy day.

Update: The usage of Registry Cleaners has been discredited and summarily run out of fashion. The Operating System does its own inhouse cleaning

When all is said and done, a clean OS install might be the best option. PCs retain all manner of junk files, old passwords, invalid registry keys, forgotten software and system issues. The system doesn’t run as energetically as it used to. Reinstalling Windows from scratch gets rid of all of these issues and within no time, your PC will run as good as new.