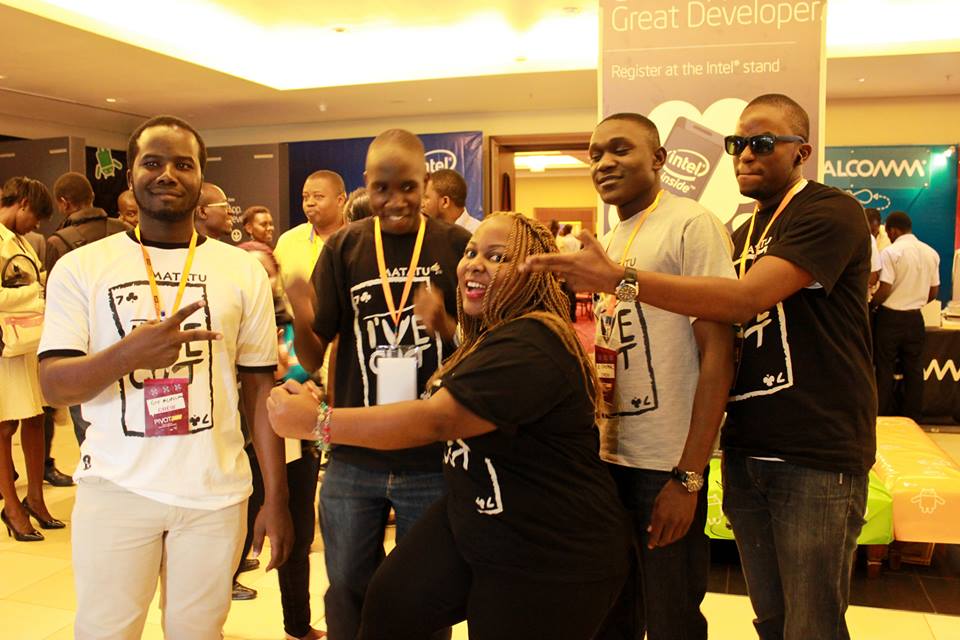 Editor’s note: This post is republished with permission from Daniel Mwesigwa’s Medium blog. Daniel also works as the Editor-at-large here at Dignited

Hello, it’s not Adele, it’s me. I guess the hello obsession has waned, a bit, and well, we should have a chat just about now. We need to talk, but more importantly, we need to find solutions, bereft of fixing the blame, and naming and shaming those we think are contra.

I know, the last time we had a hard talk about the startup eco-system, I tore you to the smithereens, you went awry, you were pissed, just like how I would have been if it were me. And you should have also noticed that some of your close knit circles nodded in agreement with the argument on the table, and no, they were not wearing Judas Iscariot’s lobes. They shared the same sentiments. They are tired, and mostly because of that Africa is risingnarrative, which is clearly and frighteningly, hot air.

“My friend Sam Jonah KBE, one of the greatest entrepreneurs Africa has ever produced, once told me this story: He was going on a long journey by sea on a boat, when suddenly it stopped. Upon inquiry they found it had run out of fuel! Investigations revealed that the man in charge of fueling the vessel had deliberately decided not to put fuel on board because he’d had a dispute with the captain over his pay. Stranded together hundreds of miles off the coast of Ghana, and facing danger to all their lives, Mr Jonah asked the man why he would do such a thing given that they were all on the same boat, including the man himself. He had no answer…” This was a story told by Econet founder, Strive Masiyiwa.

Today, I want to make things clear, I am not like that man in charge of fuel who ends up shooting not only himself but also everyone else on the boat. That is what I quintessentially did, when I went pronto on naming and shaming the evils in the start-up scene in Kampala. The cabals and fortune seekers. I realized many people furrowed their brows, took positions and were ready to go defensive. Let’s do it different today.

Please grab a coffee, and while at that, let your coffee grab another coffee. It’s going to be a long one.

Uganda has been long touted as the most entrepreneurial country in world. Heck, even Sir Winston Churchill named us the pearl of Africa about 100 years ago. Having crawled our way back from an edge of an abyss, we seem to have our mojo together now.

But that’s utterly misleading and potentially very damaging. Suddenly many people think that Uganda is bubbling with million-dollar enterprises and yet it’s actually a completely different story — a story of survival or ultimate death.

The necessity to seek out new ways of surviving is part of the reason why almost everyone in Uganda qualifies as a serial entrepreneur, and this isn’t even an incentive.

But how can our startups have a fairer chance?

2015 will definitely go down as the year startup funding in Africa hit the tipping point, especially in Nigeria. Startups like Hotels.ng closed million dollar rounds, M-KOPA raised $19.5 million in its third take. In Uganda, fintech startup, Intel World, closed an undisclosed round from angel investors. I don’t have the exact figures but a lot of funding happened, although still ranking low on the global scale. If there is a takeaway here is the behind the scenes involvement of the diaspora. Dollar signs came trickling to African startups through founders and investors from the diaspora. But there was and is a caveat. If a rockstar African startup founder doesn’t network far and wide beyond the sea. They would only and only raise the proverbial $10k at best, no matter how good their product could be. Chances are they get comfortable with such mediocrity, and hence pave way for slow and steady failure. To unlock the diaspora code, you should either team up with an OxCam or Standford alumni, or you should strategically spread your pitch decks far wide in Europe or America or Asia.

So they tout internet entrepreneurship as meritocracy first over pedigree. That skills over CGPA. But. Not in Africa, not in Uganda, at least to a larger extent. For a startup that has no projections or collateral, the first thing an investor would look out for is the quality of people behind it. What schools they went to, prior work experience and all other polemic things. You can’t blame them. Nobody wants to roll dice with their hard-earned money, especially, not in Africa: where corruption and embezzlement are second to nature, where data about previous ventures is almost non-existent, and working in low probabilities is the only way. Bruh! You better have gone to a respectable school. And with a very strong alumni. The same could be said about your previous work, perhaps bringing experience from one of the Big 4 could help. Forget about those to the square pegs in round holesproclamations from college dropouts like Steve Jobs. Do yourself a favour, please.

On the other hand, this probably is not investigated, but the kind of high schools local startup entrepreneurs go to speak somehow affect how they turn out in the eco-system. Almost every successful or quasi successful startup entrepreneur in Uganda I know went to a traditional high school. I can ably attest to this because I had a fair share in both traditional and private school settings. For my O’level at Ntare School, I had lots of time to drowse myself in encyclopedias and allowed time to dream, but for my A’level at Naalya S.S, it was just class work. eat. sleep. Repeat. Rewind. By far, any ambitious young turk would lose their entrepreneurial spirit and nonetheless, those who wouldn’t either way, would lose the good ol’ midas touch passed on from when they were young, the good ol’ days.

This entrepreneurship journey doesn’t start now, and neither will it stop now. We need to align our future goals with the institutions that have existed before or at least, modestly, associate with them.

When we talk of R&D in Uganda, what immediately comes to mind is the Kiira EV. This little poster child opened Makerere University and Uganda to the world, as an innovative and a futuristic hub to look out for. But this, alone, is not enough. It’s only a handful of institutes that are really invested in research. Also, budgets are small and are a disincentive. We know, with the right lobbying, this can actually be changed. The predecessor of the android looking Kiira EV was some crappy metallic assemblage of auto parts here and there to form something with the functionality of an electric car— in fact, Makerere couldn’t fly it back after a showcase at MIT. But this was enough to raise President Museveni’s attention, and thus he graciously gifted the ivory tower with a UGX 25 billion research fund. It wasn’t much but the fruits are starting to bear, and perhaps will be more surreal in the foreseeable future. Will Buxton, former principal research lead at Microsoft once emphasized that all these sexy inventions, touch here and lick here devices we love to conjoin ourselves to were conceptualized in the laboratories 20 years prior and like rough clay, they were refined in the labs. R&D comes with its twin, originality and love for problem solving, its sister, academia, and their protective father called IP (Intellectual Property). And this is the unsexy trinity that many successful celebrity startup founders forget to pay allegiance to. For a young scene like Uganda’s, we ought to pay attention to our peer reviews, research publications, and project advancements. Maybe, and just maybe, we’ll hit a major landmark. And our startups will have an absolute advantage on the international stage. Believe me.

Everything wrong with the co-working/innovation hub model is mirrored by the pitfalls in Uganda’s public private led chamber of commerce. As Andrew Rugasira, attempts to dream of a better future of commerce in the country, he decries dwindling memberships, apathy and disgruntlement of members, general failure of the whole system. These are rue to national issues such as high levels of unemployment and an overwhelming amount of dead capital. For hubs, however, their sustenance is the lacuna. How can they claim to accelerate and mentor startups, if they themselves, are uncertain of their own existence tomorrow. Some of the solutions Rugasira gives in his Op-ed can be easily contextualized to the hub model and make much sense. I know a lot of people have suggested and improvised ways the hub jinx can be cracked in Africa, but that is all a story for another day. What we need now is hubs that are functional and running.

In a country with a disproportionate government sector, where the legacy of colonial structures have made the government slower and less responsive than it could be, citizens and startups have been left with no choice other than be a ‘government’ unto themselves.

Survival is as central to these businesses as hitting revenue targets is to large corporations. More than 80 per cent of the economy is informal and that only looks like growing. But this doesn’t necessarily mean we’ll be richer. And it won’t mean there’s any more money in the government coffers. That ox won’t be speeding up anytime soon.

So combat inspired terms such as, survival for the clicktiest, innovate or die, go lean or go home, are not going anywhere soon. If anything, you may even seek solace in them. Write them on your post-its and swear to become startup pirates. That’s part of the exciting startup roller coaster. But let us never stop the habit of sharing, and speaking up, and building our community. Abdu Sekalala allegedly made a million dollars from the Nokia store in 2013, but a few know that that figure was inflated. Believe you me, lots of us were led on to join the app-making machinery, many traveled from different corners of the world, only for our fingers to get charred. Sadly, many rookies are still diving in headfirst and crushing, almost immediately. This only increments the statistics and acts as a warning for others to play it safe.

Now put all the aforesaid points in concert and add belief and hope in the mix and we’ll be good to go. It may be a painful year long journey, two, three, ten, years, but yes, we have to keep our noses on the grind. Nothing comes easy.

With a nod to F. Scott Fitzgerald: “The test of a first-rate intelligence is the ability to hold two opposed ideas in mind at once.” The most evolved state of all is loving our eco-system while seeing and standing upon its faults. We just have to stay woke and sober while we do it.

3 thoughts on “Hello Ugandan start-ups, we need to talk”