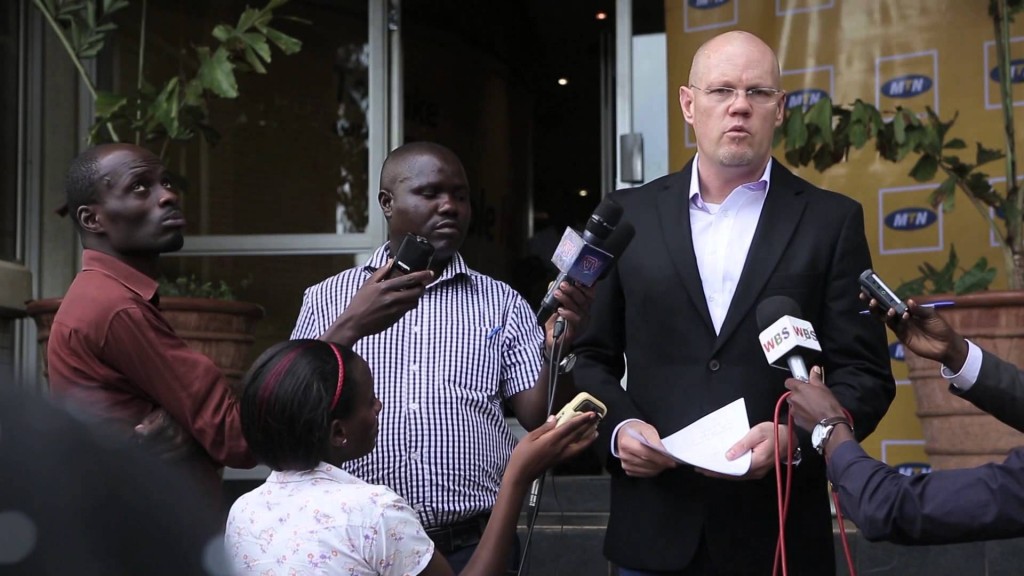 Yesterday, MTN Uganda announced it’s 2015 performance report that included financials, growth and achievements. 2015 was quite a tough year for the telecom giant that saw it being fined in Nigeria and also threatened in Uganda by the communications regulator UCC. One of the hardships saw a 14.1% subscriber decline in compliance with regulation to register subscribers and disconnect all unregistered subscribers.  Below is a press release as received from MTN Uganda. You can read the entire MTN group performance report if interested.

MTN Group yesterday released the Group Performance Report that highlighted achievements of the MTN Group and MTN Uganda results for the year ended 2015. The results reflect headline revenue growth of 2.8 percent for telco Revenues despite a challenging operating environment driven by the depreciation of the Uganda Shilling, subscriber disconnection as well as the effect of the One Network Area. The ongoing investment in network and system infrastructure has positioned MTN Uganda as the leading network operator. This has enabled the company to report good growth in key strategic areas.

MTN Uganda’s subscriber base decreased by a net 1.47 million year-on-year (YOY) subscribers notwithstanding the disconnection 3,7mil subscribers in the last quarter to meet the compliance requirements of the Regulation of Interception Communications Act (RICA). This resulted in a decrease in the subscriber base by 14.1% to 8.9mil at year end. There has already been a significant return of these customers with 1mil net new connections being achieved in the first two months of the year. This is an increase of 11.1% from the closing base at year end.

Mobile Data subscriber penetration reached an average of 40% of the total MTN Subscriber Base; which represents a base of 3.3m subscribers, and a growth of 26% in 3G subscribers YOY. Notably, the company reported 88% growth YOY in Mobile Data revenue, driven by a very high growth in data usage that was propelled by the rollout of MTN’s 4G LTE network.

MTN Mobile Money recorded a 6.7 percent YOY increase in active subscribers to 3.45million, and a 23% increase in revenue. The active Mobile Financial Services subscribers constitute 52.4 percent of our registered MFS base.

Mobile Money contributed 17.2 percent of all 2015 revenues, representing an increase of 14.3 percent from 2014. This continued contribution reflects the strength of the financial services offering that has been provided The total registered mobile money based was 6.5million at year end.

CAPEX in the year ended 31 Dec 2015 amounted to UGX 240bn and was spent largely on improving quality and capacity of the network. A total of 163 new 2G sites and 100 co-located 3G sites were rolled out.  As a result, MTN Uganda’s quality of service continued to improve further from the last report published by the UCC in July of 2014 which already indicated that MTN had the best quality network in Uganda.

Consolidated revenue grew by 4.9percent YOY with Telco revenue growing by 2.8 percent year-on-year. EBITDA margin decreased by 4.7 percentage points to 34.5 percent. This decrease in EBITDA margin is a reflection of the challenging operating environment associated with the shilling depreciation and impact of One Network Area to name a few

Commenting on the performance, MTN CEO Brian Gouldie said; “Despite the challenging operating environment last year, our leadership position and revenue growth was secured by our continued investment in network and infrastructure, our wider product range on Mobile Money, increased Data penetration propelled by a push for 3G devices on the network, coupled with attractive Data products and serves. This has been a significant effort that is defined by the ongoing commitment that the MTN team has displayed on delivery on our strategic objectives”, he said.

“MTN has now been in Uganda for 18 years continuously. We remain one of the biggest capital investors in the country. This is again reflected in our investment plan for 2016 where UGX 238bn has been committed. Our network footprint covers the whole of Uganda and has not only been limited to the urban areas. Our innovation and execution of Mobile Financial services remains our flagship and we are very proud of the very positive impact that is being made on the economy by driving financial inclusion. Our customers remain at the center of our focus and the delivery of more value adding products remains our priority. We are very proud of the legacy already created and are working very hard to bring the digital world to all Ugandan’s” he added.