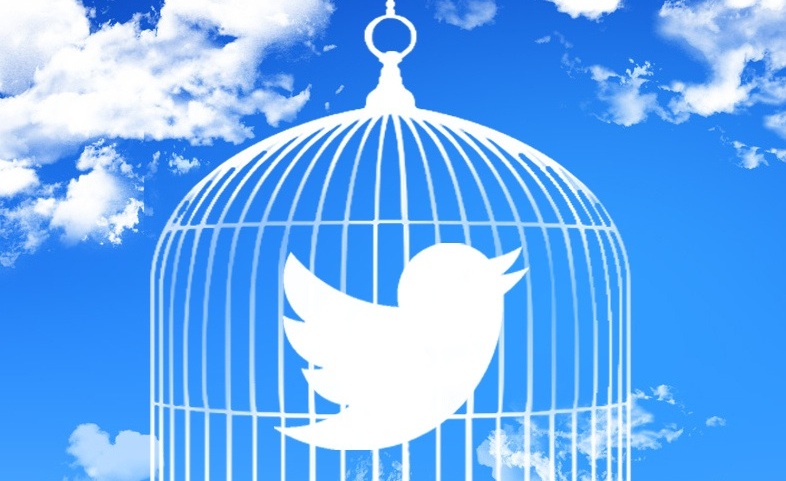 The Uganda Government is seeking to further curb social media with a new bill tabled in Parliament by the Attorney General Fred Ruhindi. The Uganda Communications Amendment Bill 2016 will give The ICT Minister and in turn Government complete and unchecked control of any and all avenues of communications in the country.

Currently, the approval of regulations has to first be granted by Parliament as per the Uganda Communications Act, 2013 (PDF) Below are the excerpts from the Act that the ICT Minister quoted as needing redress:

The Minister may, in consultation with the Commission and with the approval of Parliament, by statutory instrument, make regulations for the better carrying into effect the provisions of this Act.

Regulations made shall be laid before Parliament

In the letter signed by the ICT Minister Mr. John Nasasira, Government wants an amendment to the Uganda Communications Act 2013 to more swiftly handle and control information flow in the public domain. The Uganda Communications Commission (UCC) faced a backlash when they blocked Facebook, Twitter, WhatsApp and Mobile Money for the duration of the Presidential Elections that commenced on 18th February 2016 in what they termed as a security precaution.

If the amendment goes through, the Government will be in position legally to block the media from reporting certain news on TV, Radio, Newspapers or Social Media and hand out harsh penalties to citizens who put the Government in a bad light. All this will soon be possible without Parliamentary approval or any approval by any government body for that matter. Below is snapshot of the ICT Minister’s letter: 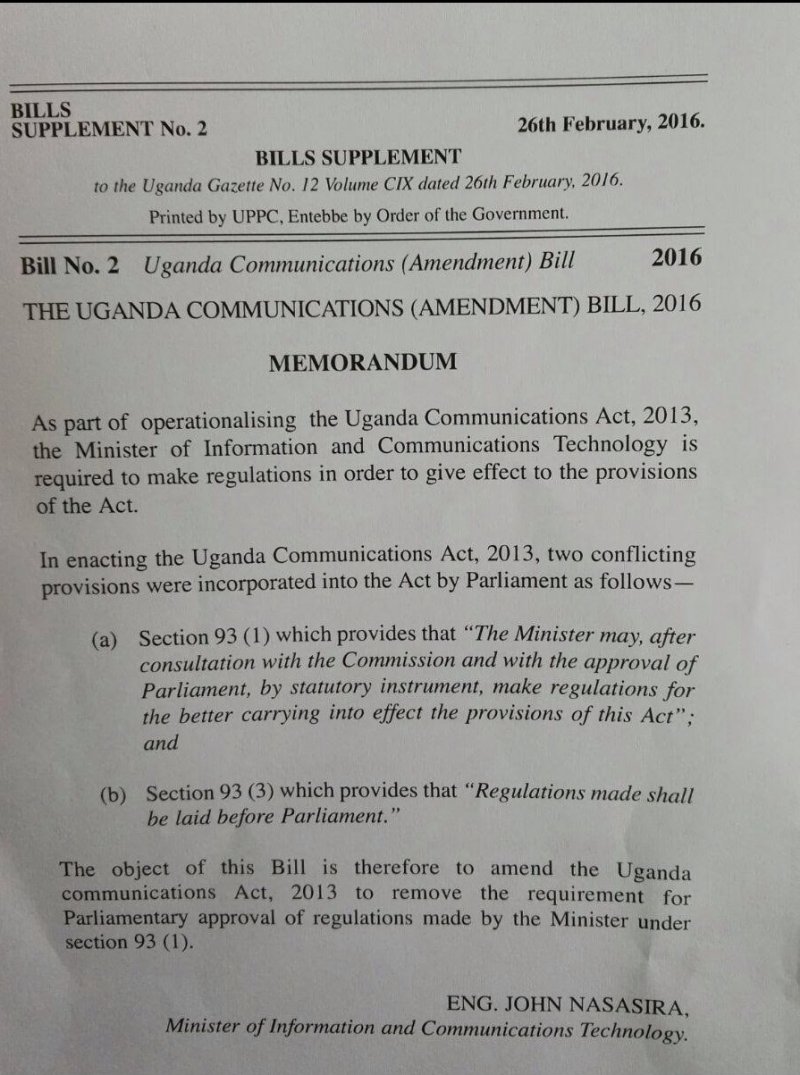 Ugandans on Social Media were outraged at what they perceived to be massive rigging and debated notable discrepancies despite repeated assurances by the Electoral Commission to the latter. Public criticism of Government and the Commission has been mounting ever since.

The Uganda Government swooped in to quickly dispel rumours circulating on social media such as the house arrest of General Katumba Wamala, Chief of Defense Forces and Inspector General of Police, Kale Kayihura. The Uganda Media Center came out with a Press Release refuting claims that the Government had curtailed the Minister of Foreign Affairs Sam Kutesa‘s freedom of expression. 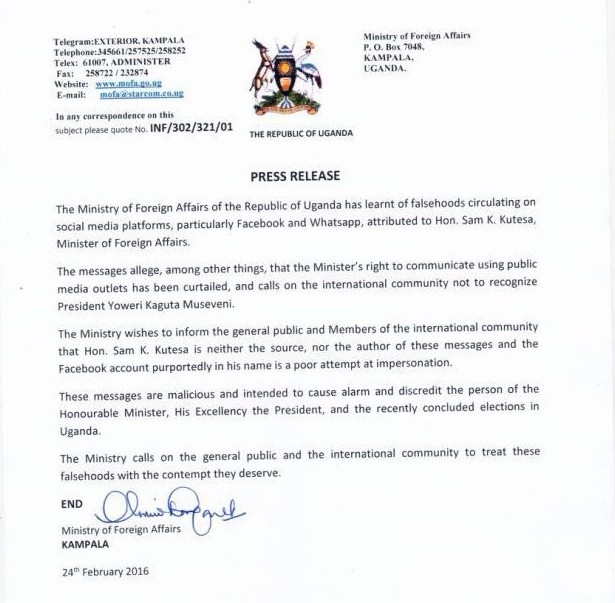 Asked why government does not want Parliament to approve the regulations, Mr Tumwebaze said there is nowhere citizens have as much freedom to speak and even do so irresponsibly as Uganda.The Minister for the Presidency, Mr Frank Tumwebaze, on Wednesday defended the proposed amendment as “innocuous” and insisted that “as a country we are not even an inch in regulating social media yet it’s necessary for citizen protection and security.” The minister, however, said the threat the country faces today is “irresponsible speech” that borders on genocide promotion, all as a result of unregulated platforms.” Daily Monitor

If the tone by the Minister for the Presidency is anything to go by, the Government wants to take a tougher stance against the unrestrained abuse meted out by the public. The newspapers, radio stations and social media have turned public sentiment against a government struggling to contain security, credibility and PR challenges.

The days of free expression in Uganda appear to be at an end. The President and Police have been openly critical of journalists for reporting what they deem to be partisan sentiment. Should the Uganda Communications Amendment Bill 2016 become law, Ugandans from all walks of life will have to learn to watch what they say at risk of imprisonment or worse.