Google has entrenched itself so firmly in our lives that few young people online today remember the dark days we lived in before the birth of this brainchild of the super duo – Sergey Brin and Larry Page.

Google has been at the forefront of innovation, creating and acquiring hundreds of products over the years. In fact, Google’s Eric Schmidt is quoted to have said “Google is buying one company a week.”

Over the years, Google has bought and created a number of promising products which were later cast aside indefinitely. Some got to experience a life after death when their tools were re-purposed to serve newer Google Products but not all were that lucky. Here’s a choice pick of 5 Products:

Picasa was a unique photo management tool that viewed, cataloged and edited images and movies which could then be shared, emailed or uploaded to Picasa Web Albums (Now replaced with Google Photos). Picasa was created by Lifescape in 2002 and acquired by Google in 2004. On 12th February, 2016 Picasa was discontinued in favor of Google Photos.

Dodgeball was a location-based social network which notified its users of nearby friends, friends’ friends and interesting venues nearby. Google acquired Dodgeball in 2005 and discontinued it in February 2009, replacing it with Google Latitude which in turn was shut down on 9th August 2013.

The creators of Dodgeball parted ways with Google and salvaged their creation. Foursquare was created on 9th March 2009 and now has 45 million active users. Ouch! Google. The ghost of Latitude still haunts Google+ which uses some Latitude functions.

Writely was a web-based word processing suite developed by Upstartle in 2005. Writely was no different from other word processors such as Microsoft Word i.e it supported keyboard shortcuts, menu and access controls; the only difference was that Microsoft Word (and Office) was desktop-only at the time. 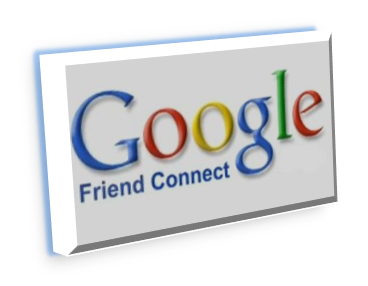 Google Friend Connect was a free social networking site from Google that took a decentralised approach, allowing users to build a profile to share and update information via third-party sites like Facebook, Orkut, Google Talk…

These sites acted as a host for profile sharing and social exchanges. Google Friend Connect survived from 2008 to 2012 before being shown the exit. It was removed from all non-Blogger sites by 1st March 2012 and Blogger sites on 11th January 2016 to be replaced by Google+ pages and off-site Page badges.

Picnik was an online photo editing service founded in 2006 by Mike Harrington and Darrin Massena. The site allowed users to import images from social networks such as Facebook, Flickr, and Picasa Web or local storage.

Picnik offered basic photo editing tools which additional features available on a Premium package. Picnik was acquired by Google on 1st March 2010 and their tools cannibalised to give Google+ more functionality.