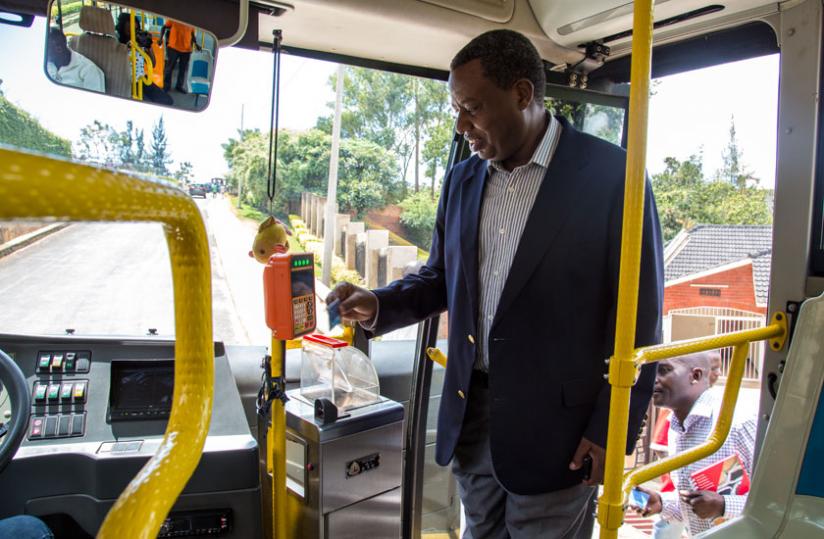 A quiet revolution is taking place in the beautiful mountainous landscape of Rwanda and this has nothing to do with any form of civil unrest as Western media would have us believe whenever Africa is mentioned in a byline. The Rwanda Utilities Regulatory Agency (RURA) in conjunction AC Group -a Kigali tech startup- and Kigali City bus operators has introduced the Tap & Go Card, a cashless bus Fare payment system similar to the ill-conceived Google-powered BebaPay e-fare payment model, introduced in Kenya in 2013 and promptly killed off.

According to an interview with AkilahNet, Patrick Buchana, the founder and CEO of AC Group (Formerly AirClerk Ltd) partnered with Airtel Rwanda to release the versatile Tap & Go card which goes for RWF 1,000 ($1.3)  and can be topped up using mobile money (and bank) will be used to to clear the transport fare as well as shop for items and other services at stores that support the payment system.

AC Group created and built a card-based cashless payment system for public transport, and we are working with the government to build a smart transport system, which will eventually be a key contributor to developing a smart city as part of our Vision 2020 goals.

Moreover, AC Group launched another use case for the cards where people can now use their same transport cards in shops, at the stadium for events, and at restaurants. This was done in partnership with Airtel~ Patrick Buchana

The introduction of the cashless payment system has brought mixed reactions from Rwandan commuters and feelings of uncertainty from a number of bus conductors who will be made redundant with an automated system of cash collection. Below are the Pros and Cons of a cashless e-fare bus payment system already in place in Kigali: 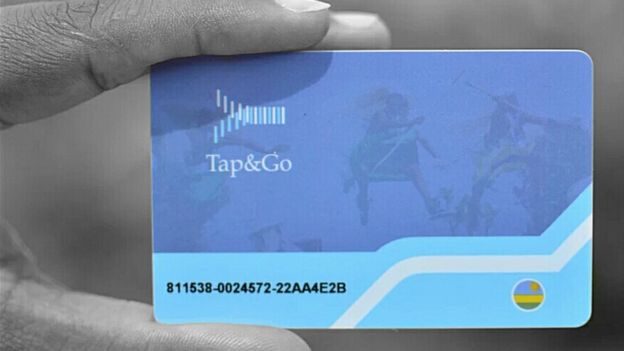 “The system will ease revenue collection for bus operators. It also has ability to monitor the location of the bus, its speed and information about passengers onboard,” 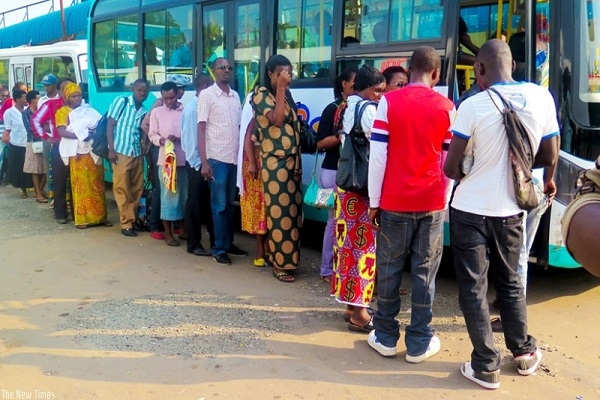 Photo Credit: Igihe. Rwandans queue up next to a bus

It should be noted that the cashless payment system only affects bus operators as the title of this article states. Drivers of Matatus (Taxis) will still collect cash payments with the help of conductors. Commuters who use/have used both systems can best explain the merits and faults of each.

Rwanda has won numerous accolades over the years for innovation, governance, cleanliness, tourism and technological advancement in the process placing the landlocked East African country in the best possible position to introduce a cashless bus fare system. If this payment system is successfully implemented in Rwanda, other African countries will hopefully take a leaf and implement the same structure to their transport sectors fraught with corruption, thefts and poor accountability.