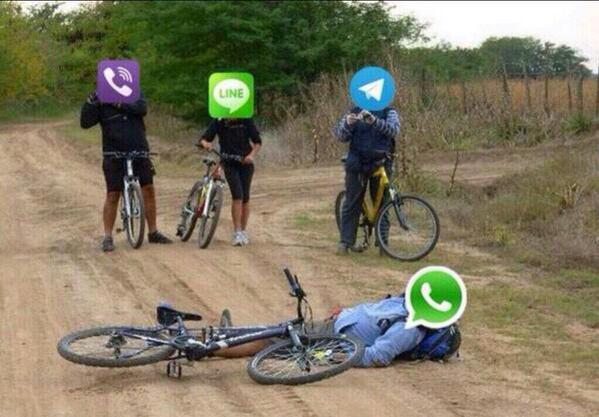 Twitter users across the globe confirmed that their Whatsapp Texts couldn’t get through as of today, June 8th, 2014 .  Several other users  reported service outage on monitoring sites, isitdownrightnow.com and downdetector.com. Dignited editors too confirm that their text messages could not get through at about 19:10 GMT! The, however, service came back up online at about 20:25 GMT after about one hour downtime.

This is the 3rd time the popular text messaging service is suffering service outages after being bought by Facebook. The first instance was on Feb, 22nd and then we reported another instance on May 25th of this year. There are certainly alternatives that you can use once the service is down.

It’s that time when users create funny memes potraying their dependency on the service or how Facebook is messing up with the App as you can see below;