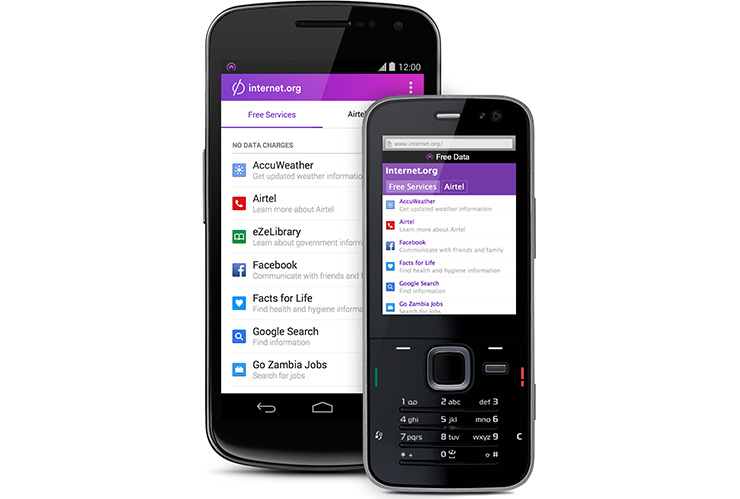 Facebook has today announced the Internet.org App, a part of Internet.org project which is its long standing campaign to bring more users from the emerging markets online.

According to a press release by Facebook, Internet.org app is meant to make the internet accessible to more people by providing a set of free basic services. With the app, people can browse a set of useful health, employment and local information services without data charges Facebook says.

By providing free basic services via the app, the giant social network hopes to bring more people online by showing them the value of the internet. The App is currently only available to Airtel customers in Zambia, but the company says that it will be rolling out the service to other regions of the world.

Among some of the service provided by the App include AccuWeather, Airtel, eZeLibrary, Facebook, Facts for Life, Google Search, Go Zambia Jobs, Kokoliko, MAMA (Mobile Alliance for Maternal Action), Messenger, Wikipedia, WRAPP (Women’s Rights App), Zambia uReport. As you tell, Facebook is offering accessing to Wikipedia which holds a vast amount of humanities knowledge, Facebook itself which is the largest communication network in the world, justice, health care with WRAPP with MAMA service, Jobs which is one the most searched for items anywhere in Africa all for FREE.

Facebook is currently the first or second most visited site anywhere in Africa. In fact one would wonder if the Internet is understood to be Facebook on the continent. These efforts will further strengthen the social network’s foothold in emerging markets.