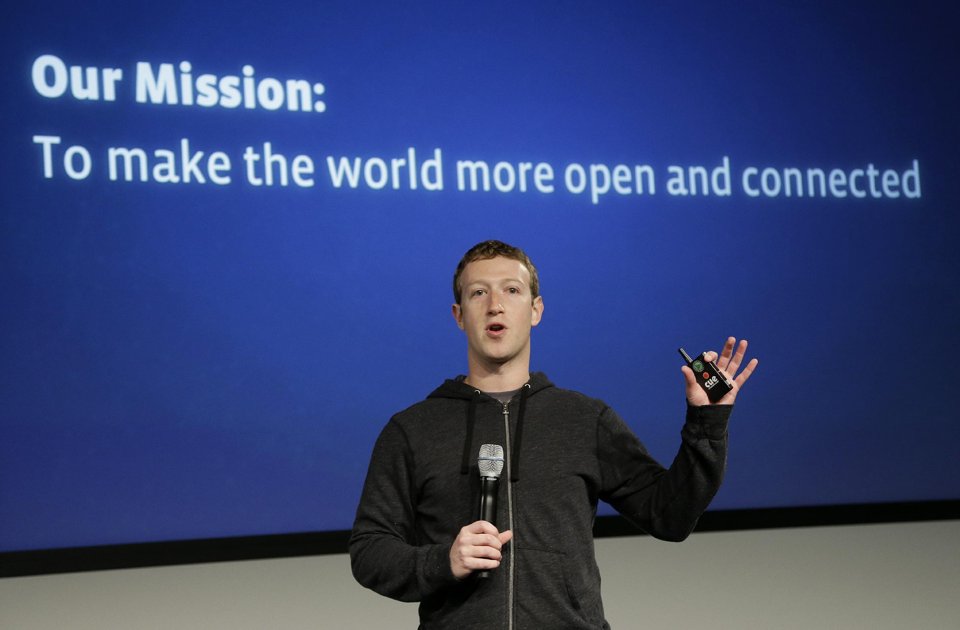 The internet is Facebook in most of Africa! Yes, i know that’s an audacious statement until you consider the stats.

Out of the top 10 countries on the Mega social network including Egypt, South Africa, Nigeria, Morocco, Algeria, the website was either the first or second most visited site according to site-ranking website Alexa. Egypt for instance which has the largest user accounts of 13M had Facebook as the top most visited site in the country.

Africa represents 15% of the world’s population with a population of about 1.07 Billion people. Of these, only 15.% have access to the internet which represents only 7% of internet users in the world according to Internet World Stats website.

Africa therefore represents a huge growth opportunity for Facebook and it’s no doubt that the social network is taking the aspect cementing its footprint on the continent quite seriously.

Facebook for Every Phone takes FB on every feature phone 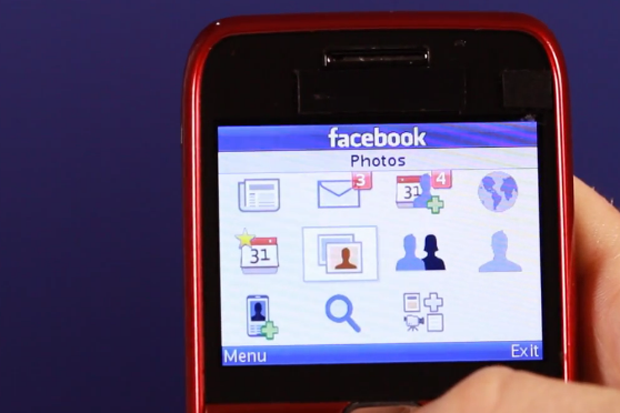 Upon realising its potential, Facebook has worked hard to bring its app to feature phones which make up most of the handsets in the continent. Facebook for Every Phone is a fast and easy-to-use native app that works on more than 3,000 different types of feature phones from almost every handset manufacturer that exists today. These devices can cost as little as 20 US dollars. The company last year announced that it had reached a remarkable milestone of more than 100 million people using Facebook For Every Phone each month.

The network has further been working with local operators to offer its service either cheaply or for free to the masses. The social network has arrangements with 18 mobile operators in 14 countries to provide special pricing for usage of its services.

In May 2010, Facebook announced Facebook Zero. It is a simplified, text-only version of Facebook that can be accessed for free  at 0.facebook.com if you’re in the right country and the right carrier and you’ve got the sort of WAP-enabled “feature phone” (i.e., non-smartphone) that comprises the majority of the phones on the planet. According to the Quartz website, in the 18 months after Facebook Zero launched in Africa, the number of Africans on Facebook ballooned by 114%.

For the carriers, Facebook, represents the first entry to the web. So while its free for starters, users are more likely to browse other services on the web, some originating from Facebook itself which of course are charged for. This strategy, in the long run guarantees revenue for the carriers.

Even though the website continues to maintain its minimalistic design with most of the content being text-based, users are increasingly posting more media-rich content on the platform. There are about 250 billion photos on the site, and a staggering 350 million are uploaded on a daily basis.

This kind of content calls for not just faster internet speeds but also cheaper data rates if Facebook hopes to maintain the fluid user experience it’s so obsessed with. To meet this meteoric demand, the social network is considering using orbiting drones. 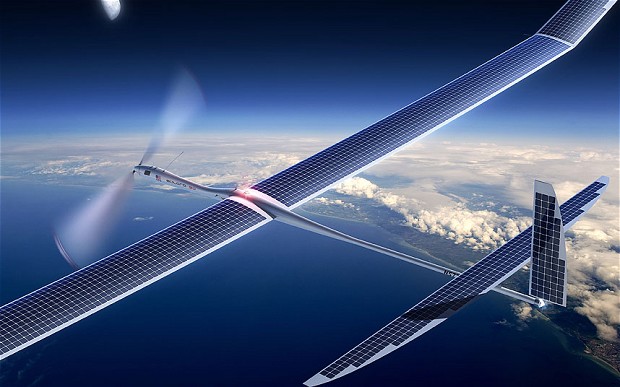 According to TechCrunch, the company is looking to acquire New Mexico-based drone maker Titan Aerospace for roughly $60 million.  Since Titan Aerospace’s solar-powered drones can fly above the clouds for upto 5 years, Techcrunch reports that Facebook will build 11,000 of these drones to distribute across parts of the developing world that don’t yet have Internet access—in an effort to propel Mark Zuckerberg’s Internet.org initiative forward.

The drones also seem to be Facebook’s response to Google’s Project Loon which instead uses orbiting balloons to bring internet connectivity to the developing world.

But Will the drones be the answer to Africa’s connectivity issues?

As ambitious as it may seem, Facebook maybe pouring money in the wrong place if its sole objective is to bring more people online in Africa. I reached out to several Telecom gurus to help me put into perspective Facebook’s plans in relation to the current connectivity landscape on the continent.

Edgar Kiiza, who is big fan of this blog thinks that 2/3G cellular connectivity remains by far the most efficient means of connectivity;

“ They all basically require that the internet user on the surface of the earth connects to either of them (Google balloon or the Facebook Drone) using a guided or special satellite antennae for line-of-site to the satellite in space to communicate signals back and forth.

Now, the implication for this kind of set up is that internet access is ”FIXED” and not Mobile. Thus, the importance of the 3G/ GSM operators in bridging that technological void cannot be overstated here. For the greater part of the future, 3G and soon 4G mobile access to the internet will remain the most efficient and cost effective method to spread connectivity. It is more flexible to adopt and use.”

Edgar’s point is, Mobile is king in Africa. The drones will require some kind of special receiving antennae on the ground, which, if ain’t a mobile phone is a hard bait to take as Roger Bambino who writes for TechJaja puts it;

“On the user end this will be a fixed service at least initially, you will need to install some kind of outdoor unit, to receive the signal which can be converted into that ‘real’ wifi signal that your phone/tablet can receive. “

The mobile phone is already a self-reliant, self-powering device that doesn’t use grid power to function. Those external units will not only introduce additional costs for users, but will need grid power which isn’t yet available to the greater part of Africa.

When it comes to issues concerning regulation, Facebook may initially not have a hard time with local regulatory bodies according to Edgar;

“Suffice to note that the deployment of drones and Balloons will NOT cause any kind of interference in the local GSM powered internet access platforms because they operate over different bands as defined by the ITU. Regulatory issues will also be handled by the ITU, but definitely some security conscious countries will fight the drones and the balloons out of their airspace!!”

Although, In the U.S, drones are still heavily regulated as it is illegal to use drones for any commercial purpose. There aren’t much regulatory drone framework in most African countries yet.

Internet giants are in race to dominate the digital landscape in Africa. From Google’s use of cheap android devices, fibre optic cables in Uganda and balloons to Microsoft’s 4Afrika program and makes use of white TV spaces in Kenya and now Facebook’s orbiting drones, the race is heating up.

Question is, where does this leave African companies? What effect does this leave on budding local innovations/innovators that can’t afford billions of dollars available to global giants?