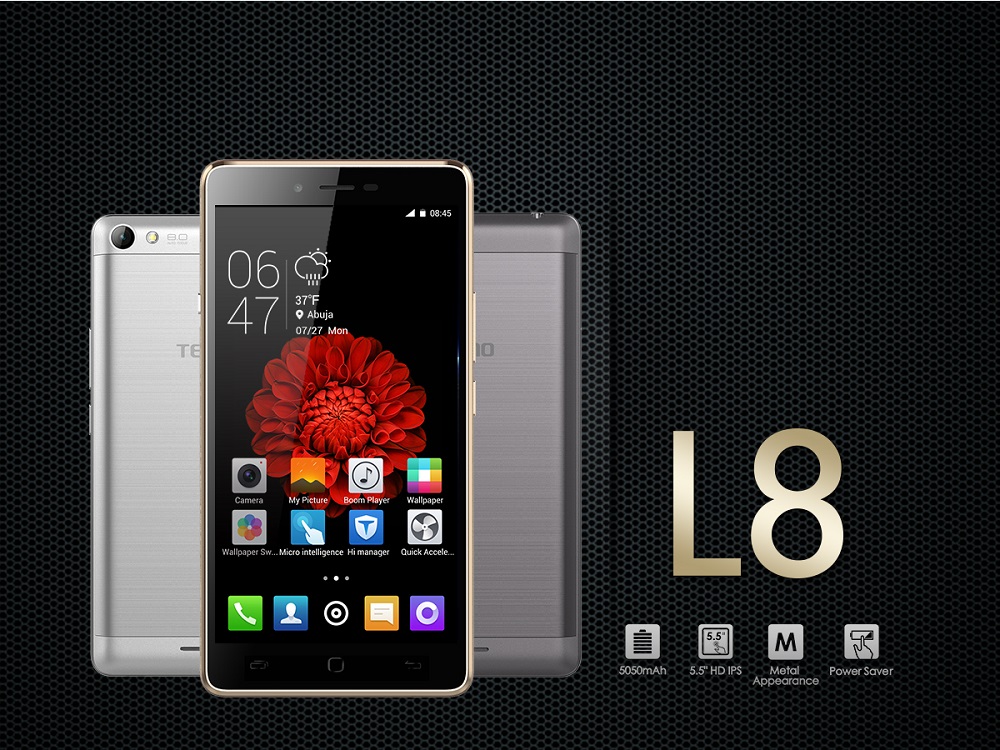 About 4-6 weeks ago, Tecno released another 5050 mAh battery monster they are calling the L8. This comes after the L5 which was their first 5000mAh smartphone.

This particular device seems to be targeting the power hungry who need more stay juiced up all day. On whether the Tecno L8 actually performs in the battery department is something we are yet to confirm. Some unique things about the L8 is the metallic finish (Which doesn’t seem to be real metal), HD display, 16GB of memory, Tecno’s HiOS and affordable price tag.

The downside is it comes with Android 5.0 Lollipop at a time when we are expecting Android N and chances are it will not get an upgrade to whatever OS is current.

Tecno L8 Price and Where to buy in