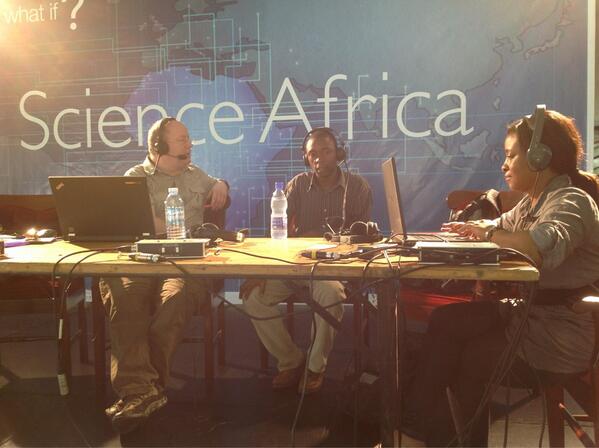 The World’s oldest media house, BBC, will hold the first of a kind science festival in Uganda at Makerere University, Freedom square. The festival, from Sunday 24 to Thursday 28 March 2013, will showcase some of the most significant international scientific research and explore how African scientists have contributed to the global science agenda. Vera Kwakofi, BBC Africa News Editor, says;

“I’m excited that the BBC is leading this conversation about science on the continent through the Festival of Science in Uganda. Our growing audiences in Africa are passionate about innovation, technology and learning. This festival will provide a unique opportunity to showcase new innovations and their potential applications in everyday life. The BBC is proud and delighted that some of Africa’s leading scientists who work on globally defining projects such as the CERN and the NASA Mars Rover projects will join us to share their experiences and help to inspire a new generation of African scientists.”

Regardless of the unknown  fate of the current 100% tuition strife and the college of computing and information science lecturer’s strike, here is what you should expect from the BBC Science Festival Uganda :

Jimmy Wales, founder of Wikipedia spearheads for free information flow and sharing.Indeed,a great concentration of information and knowledge sharing will be at it’s bliss point — absolutely free of charge. A plethora of brilliant professors, science enthusiasts and key stakeholders will grace the 5-day science festival .

Scientists from around the world and Africa attending the week-long science festival are:

Great works of man begin with a simple idea that is catapulted by research, teamwork and then execution. Makerere University notably being one of the oldest universities  in Africa, with a huge alumni especially in science related studies, reverence from the international community will be an assembly point for many scientists to hack their ideas. perhaps, it will be a once in a life time opportunity for rookies to pitch their life-changing ideas to experienced foes in the science field.The international feel BBC will add to this festival will be exceptional, with the kind of interaction through public debates, hearing from the experts allover the world.Also,the diversification of the festival;from engineering,agriculture,medicine among others will accommodate for various scientists’ envisioning of world class science projects which will be breed in situ.Shall we see another Kiira EV or probably a  KIIRA EP(Electric Plane)??

The event will be aired internationally mainly in three radio and television programs of World Have Your Say, Science Africa, and In the Balance.The programmes will be discussing the frontiers of African science; if mental health should be an urgent priority, whether science can make Africa rich, and how science and religion sit side by side in Uganda. The programmes also want to hear from science enthusiasts in Kampala and across Uganda – what are the scientific topics and issues you want to discuss?

The monthly BBC World Service Africa Debate will be recorded on Thursday 28 with a live audience asking the question: “Can Africa set the science agenda?”

TechPost’s senior editor David Okwii will be involved in a debate on monday at 1400hrs on BBC. For more information visit the BBC media center website and also don’t forget to mention @techpostug on twitter for live updates.

4 thoughts on “BBC Science Festival Uganda: What You Should Expect”