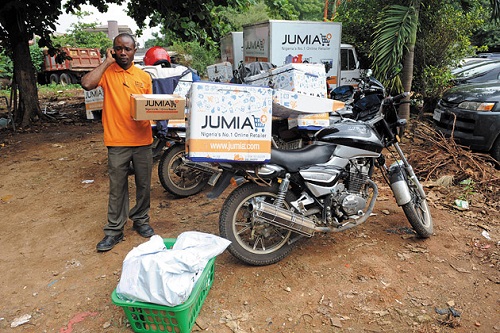 Jumia Group, formerly Africa Internet Group (AIG) has raised $55 million (€50 million) from the Commonwealth Development Corporation (CDC), the UK’s development finance institution. Jumia, Africa’s leading e-commerce platform operating in 23 countries across the continent recently consolidated its businesses into a single Eco-system. The company connects more than 50,000 local and international businesses with millions of African consumers. Jumia intends to use the capital from the CDC to scale the operations of their nine existing companies and expand into new territories.

The companies in the group have a significant job-creation potential, particularly those businesses that involve the delivery of a physical products. Jumia Group already has over 4,000 employees and it is expected that Jumia Services (formerly AIG-Express), the logistics business within the group (and already one of Africa’s largest logistics firms, delivering over 4 million orders in 2015) will generate thousands of new delivery jobs by 2020.

In addition to direct employment, Jumia Group operates a network of 30,000 sales agents, the “J-Force”. Currently largely Nigeria-based, the J-Force is expanding into other countries, with numbers of agents expected to grow to over 100,000 by the end of 2017.

Quotable: “CDC’s investment in AIG means that we’re backing a business that is playing a leading role in Africa’s growing e-commerce market. The investment will help create thousands of jobs and allow many small businesses to access new markets previously closed to them. Smartphone-driven e-commerce will be one of the most important technological and economic trends in Africa in the next decade. More and more Africans can now access the internet, with half the population expected to be online by 2025. We’re pleased to be supporting a company that can be a financial success and make a big difference to the continent’s development.” Mark Pay, Commonwealth Development Corporation Managing Director, Equity Investments

“We are very glad to be partnering with CDC. Their proven experience in investing in Africa and their expertise on long-term development will be decisive in building a healthy ecosystem around Jumia, developing and accompanying more and more African businesses and entrepreneurs in this shift towards mobile and online. Today, Jumia already reaches 50 million people every month and there is no doubt CDC will be a crucial partner in extending that reach over the next months and years.”  Sacha Poignonnec, Co-CEO of Jumia Group

Online marketplace businesses can also play an important role in providing access to new customers for local vendors. Jumia Market, an online marketplace focused on smaller sellers, enables these vendors to develop their businesses by providing them with access to a nationwide market for the first time. Most sellers on the Jumia Market platform are micro and small businesses – often people who had previously been market traders. Several thousand of these small firms actively trade on the platform every month and as they grow so do the number of jobs they provide.