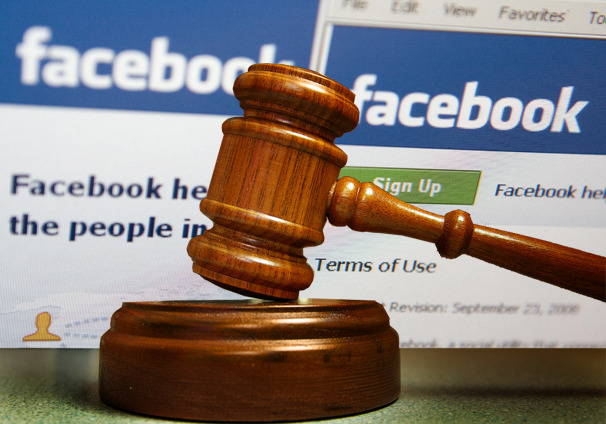 When I was following the case of Kampala lawyer Fred Muwema Vs Facebook, a scene in a play I read in high school came to mind. Hamlet, the character in a play by William Shakespeare going by the same name, stages a play called The Mouse Trap for his mother, Queen Gertrude. The Queen in reaction to a character in the play says the now famous line:

Unbeknownst to her, the character in the Mouse Trap who comes off as insincere and sly, in truth is her, the Queen, whom Hamlet believes has had a hand in the murder of his father, the King. In repeatedly swearing she would not marry again because of her immense love for her husband, the character’s words ring false and the oblivious queen picks up on it.

Now back to the case of Fred Muwema. It all started on the aftermath of the Presidential elections and the court case soon after. Former Presidential candidates Kiiza Besigye and Amama Mbabazi wanted the High Court to nullify the elections on grounds of widespread irregularities. State machinery came into play and did what they had to do to survive.

Everything went downhill for Muwema when his offices, and those of other lawyers and organisations close to the case, were broken into and vital evidence made disappear. Rumours started circulating that Muwema had pocketed a tidy sum of Ushs. 900 million and hence the break-in and later withdrawal from the case. All this information is public knowledge and has been widely reported on.

Our interest in the case, as always, comes from the purely tech angle. Hence this write up.

The individual using the pseudonym Tom Voltaire Okwalinga (TVO) is as controversial as he is mysterious. Nobody knows for sure about his true identity. His social media platform of choice happens to be Facebook which he uses to launch attacks on the Uganda Government.

To the Western world, TVO is looked upon as a political activist in an oppressive regime. On occasion his posts have turned out to be true, leading many to believe he is a whistle-blower or close to the ruling government. That Muwema got caught in the cross-hairs is besides the point. While some might not agree with the delivery of TVO’s exposes, many take his stance as championing the cause of Ugandans. The Uganda Government has attempted, unsuccessfully, I might add, to unearth the true identity of TVO. A one Robert Shaka aka Maverick Blutaski was incarcerated on suspicion of being Tom Voltaire Okwalinga. Continued Facebook updates as this was happening convinced the Uganda Police to let him walk. That the Uganda Government would also incarcerate some half a dozen bloggers and Facebookers in the same period gave Facebook fodder to claim that if TVO is exposed, his life would be in danger.

We followed another of Facebook’s argument and did a quick google search of Fred Muwema and many results link to websites writing about the incident. It is interesting to note that these websites make no secret about the identity of their writers. Why single out Facebook, one might ask.

How others handle TVO’s posts

Going back to our opening Hamlet quote, Muwema’s continued protest and lawsuit against Facebook is seen as admission of guilt by many. TVO daily posts scandalous pieces about people in power including President Museveni, First Lady Janet Museveni and Police chief Kale Kayihura. These immensely powerful individuals have chosen to ignore these posts and soon enough, much as they might like and share, people keep scrolling and forget all about it.

Muwema choosing to keep an issue that could have died months ago has kept it in the public’s eye thus doing more damage to his reputation. We all watched the controversy of the break in unfold on TV and social media. Footage of Police denying Mbabazi entry into the premises even as Muwema looked on from within is fresh is most people’s minds. TVO has consistently posted about scandals such as these, and unlike local media, stopping him is easier said than done.

Below are some of TVO’s posts which have gone unanswered by those accused:

While Muwema’s ultimatum giving Facebook 6 days to produce TVO or face Court was sensationalist, the truth of the matter is far from it. To imagine that Uganda Government with all its resources wouldn’t have exhausted all channels to apprehend TVO by now is wishful thinking. We will go with the assumption that they have tried. And failed. And learnt to live with it, as Muwema should.

Facebook isn’t an omnipotent Yellow Pages up in the cloud as Fred Muwema has been led to believe. If we are to believe that TVO has worked in Uganda intelligence, it would go to reason he would know ways of circumventing his capture. Using technology.

In the world of VPNs (Virtual Private Networks) and Encryption, TVO has the ability to fool even Facebook about his whereabouts. One can be in Uganda but on accessing a site in the UK, you can utilise Internet protocol addresses from the Ukraine thereby making the UK servers believe and log your origin as the Ukraine.

Besides, what makes you think that TVO is one person? It could as well be a distributed team hence even getting the IP address may not help you uncover them. Advances in technology have made it more difficult to keep up to pace with tracking online users.

Have you heard of FreeNet, the Underground Internet? Off their website, the FreeNet project is essentially an internet within the internet, but with absolutely no censorship. The information hosted on Freenet is encryted and routed through many different nodes, which makes it incredibly difficult to track who is providing and requesting the information on its servers. Thus Freenet accomplishes absolute freedom of speech!~ James Wire, Ugandan I.T specialist. Read the full article here

Like James Wire said, Muwema suing Facebook might be a wild goose’s chase. Despite all the money sunk into the lawsuit, all Facebook might have is a fake IP address that wouldn’t do him any good. The question at that point would be, what now? Had this been your average individual not concerned with being located, then Muwema might have had a case. But no. TVO is maniacally critical of the Uganda Government. He becomes a Person of Interest to the security forces within Government.

Disclosure of TVO’s whereabouts would lead to much more than the lawsuit that Muwema craves. If at all it turns out that the information they provide should lead to TVO’s arrest and whatever else his enemies have in store for him, Facebook will be seen as having supported a government to capture and incarcerate a known political activist. And that’s just bad rep which sets a precedence. That’s a can of worms; a pandora’s box Facebook will try its damnedest to avoid if they could. So Facebook cannot just hand over what they have on the man. And thus Uganda’s once-illustrious lawyer hits a brick wall.

Legal aspects of the case

For a deeper understanding of the legal implications of this case, we recommend a splendid Facebook post by The Kampala Law Monthly Magazine. Muwema sought to have Court address three objectives:

(a) the first was to take down the material already posted on the defendant’s website platform (Facebeook),

(b) the second was to prevent the same activist, or others from re-posting the same material.

(c) The third was “Norwich Pharmacal” Relief (forcing Facebook to disclose the true identity of TVO). It was apparent that the second relief sought was in the nature of a prior restraint order.