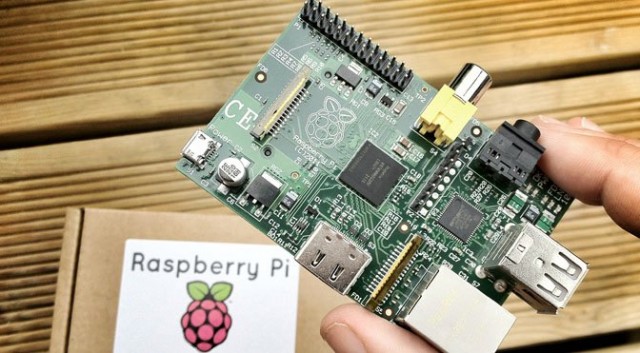 In 2005, MIT professor Nicholas Negroponte unveiled an idea so innovative that it had the potential of improving the lives of millions of people in developing countries around the world.  He founded the One Laptop per Child(OLPC) organization to transform his vision into reality.Unfortunately,this cunning project has not lived to its expectations  — distribution of  low-cost, rugged computers to the poorest children in elementary schools in developing nations, to allow exploration and experimentation with the latest technologies as well as equipping students with knowledge.

I was shocked when Kenya’s new president,Uhuru Kenyatta,in his inauguration speech, promised to bring into action many projects amongst them being the One Laptop Per Child(OLPC) campaign within the first 100 days in office.Arguably this wasn’t a bad move per se BUT there is a better alternative —  The Raspberry Pi, which is a credit-card-sized single-board computer developed in the UK by the Raspberry Pi foundation with the intention of promoting the teaching of basic computer science in schools —  here are the reasons why:

Starting from as low as $25 for a 512MB of RAM and 700GHz processor power of a foundation computer kit and a paltry $50 for supplementary peripherals (or even usage of existing hardware such as monitors and keyboards), the raspberry pi comes in handy for a majority of African economies whose GDP’s are on the lifeline of donors’ auspices. This puts it at a distant indifference curve with its OLPC counterpart that goes for about $200 per kit with 256MB of RAM alongside mediocre enhancements.

2.Education should be fun

The recent debates about non-functional and boring colonial education systems have had many raving with so much resentment towards their former colonial masters.However, raspberry pi challenges students to think and create awesome stuff that would rather have stayed as simulations or imaginations if OPLC products were used. With a capability of building a  media playback device, a NAS box, an FTP, print server, a torrent Sniffer, a time lapse camera, a dedicated firewall box, a 3D printer (reprap), an internet radio, a nanny cam, a robot, a Rube Goldberg machine …what can’t you build with raspberry pi?

3.Keep the politics away

OPLC being backed by the United Nations Development Programme(UNDP), received a lot of commendation and acceptance from various influential leaders and the media. Pundits will cite this as the basic reason for its approval by many developing countries. However, from the exploration of raspberry pi;the absence of endorsement has given it an unfair circulation in Africa. Africa has reached a stage where she is responsible for her own problems and shouldn’t face unfair imposition of lax policies and development structures by foreign governments and media. In reference to Kenya’s inauguration ceremony,Chief guest,President of Uganda Y.K Museveni, thanked Kenyans for not accepting their polls to be dictated by the ICC regardless of the immense pressure worsened by the IEBC system outage.In the metaphor above, kenya and Africa at large should leverage the power of technology to progress in her  endeavours.

4.Africa is no longer a dumping site

A couple of years ago,many African schools were embroiled in such euphoria envied by rival schools,in case they received a donation of bunch old computers —  something I will call junk. Disguised dumping is still in play and mother nature will not forgive us if we don’t regulate this fad.Raspberry pi could be ported with these seemingly obsolete hardware and great products be created instead of bringing in new junk.Talk resuscitating an appalling state of affairs through recycling.

5.Building for the future

Rwanda’s vision 2020 and Kenya’s Konza city vision 2030 have something in common — ICT. This will only be possible if students are trained to be innovators rather than just being job seekers.

Raspberry pi is geared at enticing as many children as possible in coding with languages such as kids Ruby,python which create a better learning experience hence better thinkers.In an excerpt from Boston university about the failures of the OLPC project,Willoughby decries of how there is frequently a range of alternative technological means available which are suitable for the attainment of primary objectives within a given field that are not tested to see their suitability so as to achieve goals in the most efficient manner, with the least detrimental effects on the society. Therefore, a careful analysis of several candidates needs to be done before selecting a particular technology. According to the concept of technology choice, users need to assess short-term and long-term advantages and disadvantages of each of the options before adopting new technologies. However, there was no evaluation of competing technologies. In fact there was not even a slight consideration given to alternative solutions.When the OLPC was founded, there was no significant competition. No other laptop distribution project had done work on such a global scale. However, the lack of competition does not guarantee that OLPC’s laptops are appropriate.

Raspberry pi’s open source nature and friendly development environment of third party apps and frameworks can’t slip through without reverence, a port in development to android, arduino, quadrocopters and et al will bolster its chances of wide spread adoption especially in Africa where cognitive research shows that there will be 80% adoption of Android in the continent by 2015. Of course this comes with the powers vested unto kids into development of projects that will change their communities.

Do you know of any hardware low-cost technologies that could change how African kids look at science and technology? Well, don’t hesitate to drop a comment.