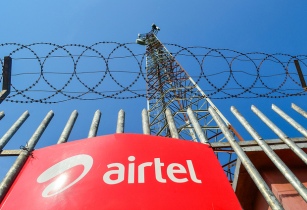 Facebook in partnership with Airtel Uganda and BCS plan to dig about 500 miles of optic fiber in Uganda in an effort to bring more people online according to a new report from recode. While there’s still scanty details about the new initiative, what’s clear is that each of the three partners are committing some financial resources to the roll out.

Facebook’s plans to dominate the internet landscape in Africa is an open secret. Big blue which is either the first or second most visited site in any African country according to Alexa stats has become synonymous with internet in Africa. With over 100 million users in Africa of the 1.8 billion Facebook users globally, Facebook is not about to slow down dominance of the digital landscape in Africa.

Related post: Facebook is the internet in Africa: A look at its ambitious plans to connect the next billion users

Two years ago, Google acquired New Mexico-based drone maker Titan Aerospace, the maker of solar-powered drones to distribute internet across parts of the developing world that don’t yet have Internet access after Facebook failed to buy it. The project would argument  Google’s Project Loon which instead uses orbiting balloons to bring internet connectivity to the developing world. Meanwhile Facebook acquired Ascenta consultancy, a UK-based drone maker which later became part of Facebook’s Internet.org, a not-for-profit venture, joining a team of scientists and engineers who formerly worked at Nasa and the US National Optical Astronomy Observatory.

Meanwhile Facebook’s rival Google has been laying fiber cable around Kampala since 2013 in a project dubbed Project Link. Project Link’s major goal in Uganda was to build a super-fast, high-capacity fiber network to enable any local mobile operator or Internet service provider (ISP) to connect more people in Kampala to a faster, more reliable Internet.  The backhaul link is currently being used by Smile, Africell, Smile among other ISPs.

However, nothing much can be said of either Facebook’s or Google’s efforts so far to lower internet costs in Uganda or Africa. Still  a good majority of people don’t have access to the internet. In Uganda alone internet penetration rates are estimated at 16% as of last year. In Africa, one gigabyte of prepaid mobile data costs the average resident nearly 18% of their monthly income.

Africa Governments meanwhile have over time become very insecure about their citizens’ usage of social media (read: Facebook). During last year’s general presidential election, the Ugandan government shutdown access to social media platforms for apparent national security reasons. Facebook’s relationship with the Ugandan government has been tested when the social media network refused to turn over the identity of TVO, a re-known whistle blower who’s been very critical of the government. In Kenya, the Communication commission hinted on locking down the internet during August’s presidential elections although the commission has denied such allegations. The Anglophone part of Cameroon hasn’t had internet access for over 40 days so far.