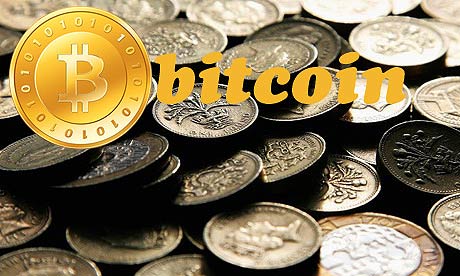 Bitcoins!!  What are these? How do they work? Are they a form of currency? How can i make them work for me? These are the questions i asked myself when i  first heard about them.

According to wikipedia, Bitcoins exist as a decentralized digital currency based on peer to peer and open sourced Internet Protocol — something similar to peer-to-peer file sharing on the internet. “If you’re not familiar with it or you’re confused by what Bitcoin is and it’s existence, you’re not alone.  It’s a fairly new, innovative and complex form of money.  And that’s right, Bitcoin is definitely money.” wrote  Louis Tracy on Quora.

Currently Bitcoins sound like the dot com bubble, but the total value of all Bitcoins passed the billion-dollar mark at the end of March, and some workers may even be opting to receive part of their salaries in Bitcoin!

According to Gigaom, You can famously use Bitcoins to buy pizza, but these days it can also be used to pay for VPNand VoIP services, music, cupcakes and, er, Linden dollars. WordPress (see disclosure) takes Bitcoin and Expensify will handle it. “Anarcho-capitalist libertarian” Jeff Berwick also wants to roll out Bitcoin ATMs.

Here is a video i found on Quora that made my understanding of Bitcoins easier.

According to Adam Gering while answering the question “What are bitcoins?” on Quora, Bitcoins is something of a limited supply, that can be securely transferred between parties in a verifiable manner without relying on the trust of third party or a central entity. It cannot be counterfeited. It has no intrinsic value whatsoever, only what people are willing to exchange it for.

Basically,  Bitcoins are a shared ledger of transactions, which are accessed privately by a  key associated publicly with the same number of Bitcoin.  With that key you can sign a statement saying “I officially declare that exactly so-and-so much of the Bitcoin in this account is hereby transferred to account number so-and-so!”

Everyone hears that declared on the network, and because it’s signed, they can be sure it’s the real current owner of the Bitcoin who said it should be considered to be transferred. These transfers are then verified and recorded permanently and publicly by “miners”(“miners”  are networked computers that are all competing with each other to solve increasingly complex computational problems).

Bitcoins can be exchanged for other currencies if and only if someone will give you those currencies in exchange for it or vice versa, which is up to everyone with currency to decide for themselves whether or not that’s a good idea.

Bitcoins are decentralised thus hard to control like real money is controlled by a central bank or printer and with them it’s hard to track money flow, due to the secure transaction blocks, so it basically lets you spend your money anonymously.

At the rate this Bitcoin bubble is going, late comers might miner air…..