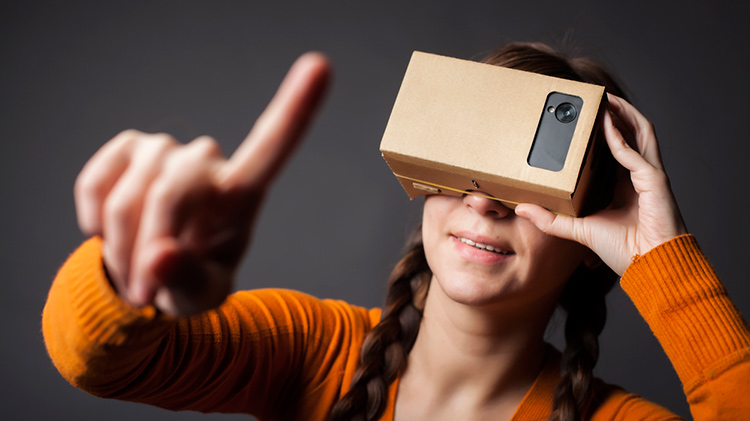 VR or Virtual Reality is touted as the next big frontier in computer and smartphone interactions. Well, because every cool kid out there thinks touchscreens and icons are so 2010. If you are familiar with VR yet, we broke it down in our previous post how VR works on smartphones.

The largest smartphone vendors are rushing to incorporate VR in their flagship products. Most of you might want to wait a little bit until this new piece of tech matures, but if you are a first-runner who wishes to experience a whole new world of immersive virtual worlds, here are your options;

Google Pixel XL: the latest of Google’s flagships, it is one of the few phones on the market supporting the company’s Daydream VR Platform. Paired with Google’s Daydream View Headset, the Pixel XL’s Snapdragon 821 and 2560×1440 display serve up a crisp but equally smooth VR experience, making it an arguably great VR experience.

Samsung Galaxy S7/S7 Edge: they feature a powerful 820 Snapdragon processor and a Quad HD display with a resolution of 2560×1440, which makes for sharp, pixel-dense beautiful screen. Pair this with the Samsung Gear VR and you will have an adventure for a good long while without having to worry about your phone dying on you.

Samsung Galaxy Note 5: with its 4GB RAM, it is also compatible with the Samsung Gear VR and it may offer a more immersive experience since it will take up your entire field of vision.

The new Huawei Mate 9 Pro: This smartphone has now been made compatible with the Google Daydream VR headset. The proprietors of this Huawei Mate Pro 9 will have the ability to put the device within the daydream VR headset. Most of the substance has so far been distributed from the Play Store which incorporates many apps and reasonable amount of entertainment.

Related post: A complete beginner’s guide to VR on smartphones

ZTE Axon 7: the fact that it has upgraded its Android Version to Android Nougat, it also comes with the compatibility to Google Daydream VR Headset. So you can imagine your experience once you have got the right specs.

Motorola Moto Z: Having received the Android 7 software, it also came with the compatibility to the Google Daydream. This and Motorola Moto Z Force were the first non-google smartphones that were officially Daydream VR ready.

And the IPhone 7: Apart from the Google Cardboard that is readily available on Amazon, the IPhone 7 works great with the Merge VR Goggles. They adopted the soft squishy for that makes the headsets light and comfortable plus a customizable strap that fits anyone from the age of 10.

And if your smartphone is not among the above listed, don’t worry. With the way technology is advancing, it won’t be long before a company comes up with a VR headset that’s compatible with any smartphone you own.