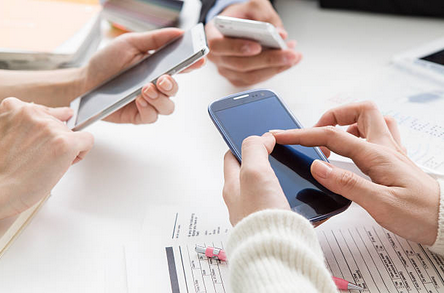 Wireless communication between devices is a requirement for the upcoming Internet of Things. Manufacturers are already engaging their customers with some of this technology such as MediaTek’s adoption of HotKnot; NFC technology’s coming along most high-end smartphones today; and the popularity of Bluetooth right from the feature phones.

But did you know that, despite all these coming in different forms and packages, they can be used along side each other? Do you know the relevance of any of the three if at all it comes embedded to your device? Find out today.

HotKnot Vs NFC Vs Bluetooth: What are they?

Developed by Mediatek, the Taiwanese chip vendor, HotKnot is a technology that allows the touchscreens of smartphones, in which it comes, to interact and quickly share data with each other. Since it is a part of the hardware, a user only has to enable HotKnot from their device settings. Once the phone’s screen comes close to another device screen, data exchange is established.

NFC, which stands for Near Field Communication, enables short range communication between compatible devices while sending data over radio waves. It was first developed by Sony and a company called NXP Semiconductors invented the new NFC technology in 2002. t has garnered mainstream usage especially as a contactless credit card used to make payments.

Bluetooth has been widely available for many more years than the other two. It is also a means of data exchange across short distances, over radio waves, both for fixed and mobile devices.

NFC can not exceed four centimeters, HotKnot requires close proximity of the touchscreens, while Bluetooth can reach up to thirty feet. Bluetooth may have an edge on that, but close proximity is also an advantage when it comes to prevention of interference. In crowded locations where there are many devices trying to connect to each other, data transfer is hindered. In this regard, NFC can quickly connect two devices close to each other then shift the signal on to Bluetooth so that the device holders can move any further without breaking the connection.

Bluetooth takes the lead with around 1 Megabit per second for Bluetooth Low Energy, compared to NFC’s maximum of just 424 kilo bits per second. Despite having the closest proximity between devices, HotKnot lags behind with a speed of about 7 kilo bits per second. In the absence of manual pairing, NFC has a faster connectivity compared to the rest, with the ability to establish connection in less than one tenth of a second using inductive coupling.

For any device to be compatible with a technology, the manufacturers must meet the standards set for employing it with in their devices. Most high end smartphones are now supporting NFC; MediaTek is offering HotKnot as a cheaper alternative to low end users; while Bluetooth unites them with its availability on almost every other device on the market.

HotKnot consumes the least battery power, given its distance requirements. NFC technology consumes less power in comparison to standard Bluetooth technology unless when in need of powering a passive, unpowered source such as an NFC tag; there it requires more power than a Bluetooth transmission. The development in Bluetooth low energy, targeted at low power consumption, uses less power than NFC.

Bluetooth definitely has the highest data rates with the longest range, so it’s great for high data intensive tasks such as file sharing and audio bluetooth sharing for instance in wireless speakers. But NFC given its low-energy consumption and fast rate of pairing is suited for mobile payments whereas Hot Knot popular is a great alternative to NFC for low-end mediatek-powered smartphones.