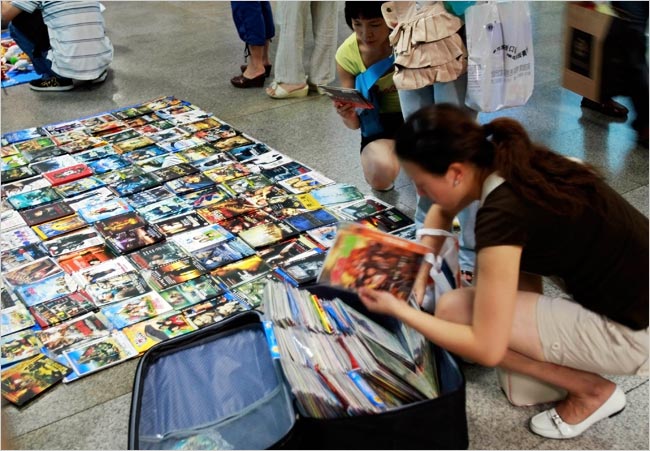 Over a week has passed since the untimely demise of ExtraTorrent, one of the oldest and most beloved torrent sites around. Like all torrent sites that find themselves gazing upon the gates of torrent Valhalla, ExtraTorrent succumbed to the chronic disease that is pressure from the authorities.

But like a Nigerian movie split four parts, torrent sites are not known for giving up their ghost for long. Despite the ominous parting tone on the Extratorrent site, a clone is already up and running (simply replace the cc with cd). Whether or not we trust the new resurrection, however, is a story for another day.

In the same vein, and in memory of the wonderful ExtraTorrent, we will give you a rundown of pirated movie types and some quality advice as to what to download and what to avoid like the plague. Say aye! 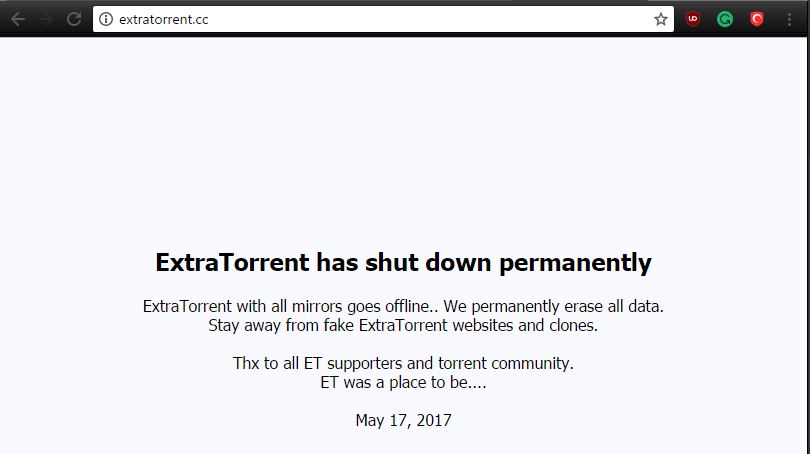 The parting message on the ExtraTorrent site.

As a rule of thumb, the best video types to download tend to be the biggest size. Until they are not. Any self-respecting Pirate ought to be able to read those additions to torrent titles to know what they are getting themselves into. Pirates are gentlemanly in this regard. They usually clearly label their torrents. Usually. Lucky for you, we have , so you don’t have to scratch your head after downloading a 2 GB movie only to discover the video is blurred, shot on a camcorder in a theater and an annoying guy keeps standing up and shouting at the juicy scenes.

The Good, The Bad and the Ugly 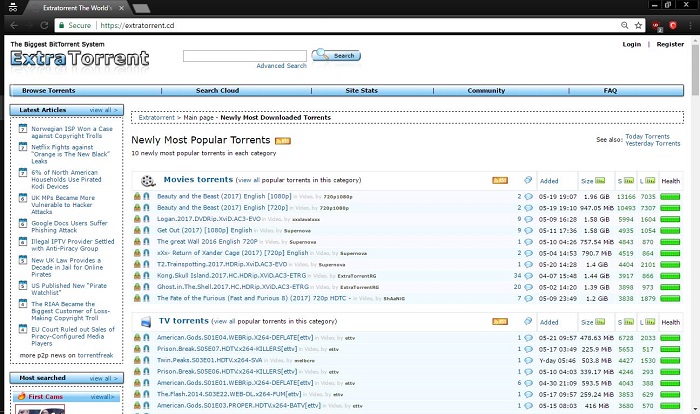 Pirated movie types as shown on an ExtraTorrent clone

Ripped from Blu-Ray Discs, these are the creme de la creme of torrent downloads. BDRip are ripped from the actual Blu-ray while BRRip are encoded from pre-releases of BDRip media. They can be encoded in smaller media sizes with Xvid/x264 codecs or the much larger DV5/DV9/BDrip and BRRip are released in 720p resolution. This differs from Blu-Ray rips which can come in a resolution of 1080p, but the size! Oh my!

When talking about WEB rips, WEB-DL rules the roost. WEB-DL is similar in quality to Blu-ray, with no logos, ads, or any other commercial breaks. In short, WEB-DL is untouched, unencoded and as good as they come. One source for WEB-DL is iTunes. On the other hand, WEBRip has been re-encoded from a web video stream. Be prepared for ads, logos, abrupt transitions after commercial breaks have been cut out of the final show. Notable sources for WEBRip include Netflix, our own Showmax, e.t.c.

HDTV rips are sourced from Over-the-Air transmissions via an analog capture card i.e coaxial, composite, or s-video connection (e.g HDTV channels on your decoders). The video size can vary from 360p, 720p, e.t.c and the quality is really good. HDTV rips are immensely popular right now. Current TV shows are increasingly pirated in this type. They often appear on torrent sites within hours after screening on TV. A few shows will have hardcoded subtitles but that shouldn’t be a problem.

DVDRips are final retail versions of movies ripped from actual DVDs. As these DVDs are released at different times across various markets. This creates a loophole pirates gladly fill by unofficially releasing these DVDRips in other regions. What is notable about this movie type is the high quality of both its audio and video codecs. DVDR on the other hand are is the complete copy of the original DVD. DVDR rips are much larger in size than DVDRips and are of excellent quality.

Derived from Camcorder, this is a bootleg recording of a movie in the theaters. The quality of the audio and the video is often abysmal. You can often hear crowd reactions, see movie-goers moving and up and other equally annoying things. Blessed art thou if you chance upon a professionally done Camrip. For the most part, don’t bother to download a Camrip. It’s best to avoid them if you can. You’re welcome.

TC releases use telecine machines that transfer the movie from an analogue reel to a digital format that can be uploaded. A telecine movie can pass for DVD in quality as they share a similar digitising technique. However, the quality is usually lower than you might be used to. On top of this, subtitles are hard coded into HC TC movies and thus can’t be turned off. If you are used to quality picture and sound, your viewing experience might not be up to par. But these can pass.

A Telesync is recorded has its advantages over TS and CAMrips. Where the video quality might still not be up to scratch, the audio is remarkably good. The reason for this is that Telesync is directly plugged into the audio source. The video might be your usual dark, blurry stuff, but the audio more than makes up for it. Often times, professional equipment is used which might sweeten the temptation. In a bind, this could probably pass for entertainment. Personally, I would still pass.