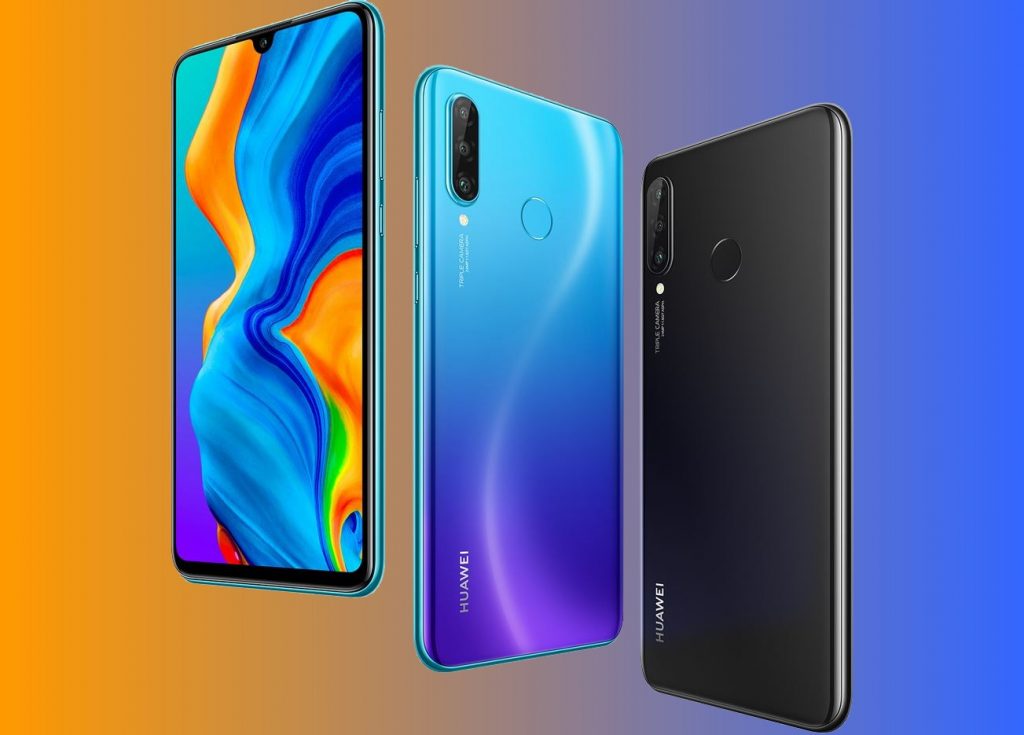 Following the release of its flagship devices — the Huawei P30 and P30 Pro — about 24 hours ago, Huawei has been the talk of the smartphone world. The company, however, seems to be on a roll as it “quietly” released a third version of the recently launched P30 series.

For reasons best known to company, the Huawei P30 Lite wasn’t announced alongside other members of the series announced on stage yesterday in Paris. Instead, Huawei discreetly listed the device for pre-order on its official websites hours later with no official announcement or event whatsoever.

As evident from the name of the device, the Huawei P30 Lite is a watered-down version of the P30 and P30 Pro flagship duo. In fact, the new P30 Lite isn’t a high-end flagship device as it majorly sports mid-range specifications and features. The device appears to be targeted at the company’s mid-range customers who would love to have a feel of the P30 and P30 Pro without breaking the bank.

Physically, the Huawei P30 Lite is smaller (152.9 x 72.7 x 7.4 mm), slimmer, and lighter (156 grams) than both the regular P30 and P30 Pro. Available in three colour variants (Peacock Blue, Midnight Black, Pearl White), the device has a 6.15-inch display with 1080 x 2312 pixels resolution and display density of 415 ppi. Unlike the top-tier flagships that launched with an OLEd screen, the Huawei P30 Lite sports an LCD display, lacks HDR10 and likewise doesn’t feature any water/dust/splash protection.

Additionally, the Huawei P30 Lite’s fingerprint sensor is mounted on the rear, not under-the-display.

On the inside, the Huawei P30 Lite will run the Android Pie OS out-of-the-box and will be powered by the Kirin 710 CPU — Huawei’s first 12nm chipset — alongside a Mali G51 GPU. The Kirin 710 CPU is an Octa-core CPU with the following configuration and clock speeds: four 2.2GHz Cortex-A73 cores and four 1.7GHz Cortex-A53 units.

Storage-wise, the Huawei P30 Lite will be available in a single configuration of 6 GB RAM and 128GB of internal storage, although are reports that a 4GB RAM variant will also be sold There’s a micro SD card slot for storage expansion of up to 512GB.

There are three (3) sensors on the rear of the Huawei P30 Lite: a primary 24MP sensor with aperture; an 8MP ultra-wide angle sensor; and a 2 MP depth sensor with f/2.4 aperture. These are watered-down sensors and may not perform as highly as the Huawei P30 or the amazing quad rear-camera setup of the P30 Pro.

The P30 Lite will be powered by a non-removable Li-Po 3340 mAh battery. The phone comes with support for 18W Fast Charging but not expect it to charge as fast as the Huawei P30 (with 22.5W Fast Charging) or the P30 Pro (with 40W Fast Charging). However, you can expect decent battery life and standby time as the device’s Kirin 710 is optimized for improvement in power consumption and performance.

Currently, the Huawei P30 Lite is available on pre-order in the Philippines and Canada. The devices should begin shipping officially by April 4 or April 10 at a recommended retail price (RRP) of $320. Customers who pre-order the device between now and April 10th will be gifted a bonus HUAWEI Band 3 Pro Smartband.