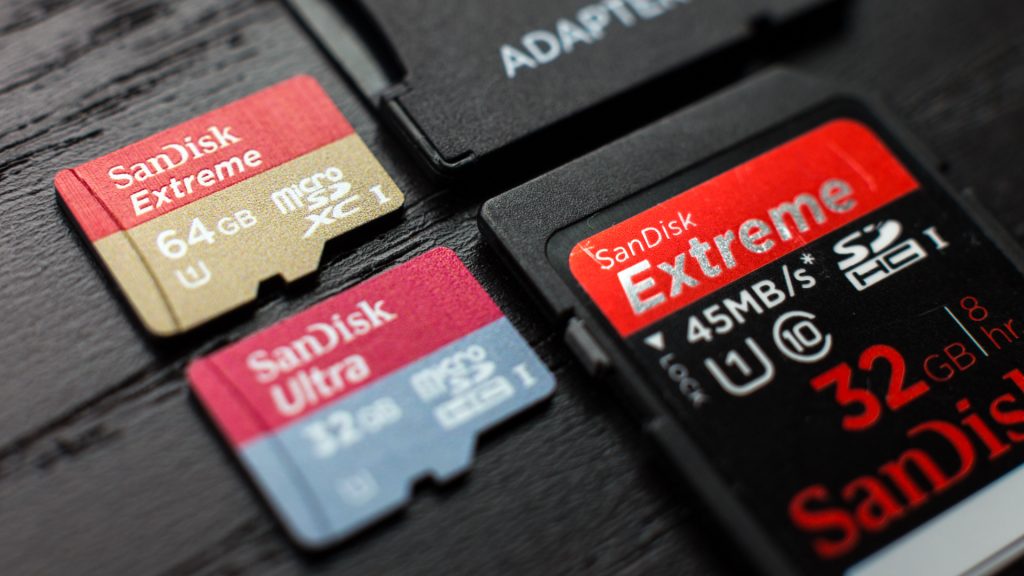 Secure Digital (SD) cards are used in almost all electronic devices and gadgets these days. And albeit many manufacturers now do without SD cards on their flagship devices, they are still very much used in music players, digital cameras, laptops, tablets, as well as other mid-range and low-end smartphones.

However, despite looking almost alike, all SD cards not created equally. There are different types of SD cards and they possess different components that distinguish them from each other and qualifies them to be used on different devices. Knowing SD card characteristics like speed class, sizes, and capacity is crucial as it helps determine the type of SD card to buy and what devices to use them on.

“Speed Class” is the common phrase used by manufacturers to define the write speed of an SD card. Write speeds (or Speed class) is basically an indication of how fast (or slow) data would be saved to the memory modules of your memory card. There are four (4) types of Speed classes and they are uniquely designed to cater to different customer demands. The exact write speeds of these SD card Speed Classes are not always stated by manufacturers but the SD Association has a guideline to educate users on the minimum/expected write speeds of all the Speed Classes:

Class 2 is the slowest SD card Speed Class there is and they sport a minimum write speed of 2MB/s. SD cards rated as Class 2 are best used for devices and activities that demand lower write speeds e.g for capturing videos on a standard video recorder.

Class 4, on the other hand, have a minimum write speed of 4MB/s, suitable for recording high-definition content and commonly used on smartphones, tablets, and digital cameras.

Class 6‘s write speed is pegged at 6MB/s and is the least class of SD card you should consider using if you want to record 4K content. With a minimum write speed of 10MB/s, Class 10 is the fastest SD card Speed class and suitable for recording Full-HD content.

Interestingly, there are two additional “special” speed classes called the “Ultra High Speed (UHS) Classes“. These classes — UHS 1 and UHS 3 — are relatively more expensive than the standard classes and they have minimum write speeds of 10MB/s and 30MB/s respectively. SD cards with the UHS Speed class ratings were basically designed for professional used and were born out of the need for faster write speed by 4K-capable cameras. are basically designed for professional use

If there isn’t any logo/symbol on your SD card, you most likely have a “Class 0” SD card — a card produced before the Speed Class rating system was introduced. Also, you should know that Class 0 SD cards are typically slower than Class 2 cards.

While microSD cards are the most common sizes of SD card you’d find out there typically used in , digital cameras, smartphones etc., there are other sizes of SD cards. Basically three sizes

These are also known as “Full-Size SD cards”. They fit into ‘Full-size SD card ports” which you’d mostly find on laptops, desktop computers, and most digital cameras. SDHC (Secure Digital High Capacity) and SDXC (Secure Digital eXtra Capacity) are also of the same physical size as SD but they were introduced to hold more storage capacity.

For clarity: SD can hold a max of 2GB, SDHC can hold more than 2GB but less than 32GB while SDXC can hold as much as 2TB; 1 Terabyte-sized SD cards are already available.

Though these are not too popular and barely used, they do exist. These are miniaturization of the regular “Full-size” SD card. Physically, MiniSD and MiniSDHC are about half the size of the SD, SDHC and SDXC cards. When used with cameras and laptops, they are often attached to SD adapters.

MicroSD cards are also called TransFlash cards (TF cards) and the MicroSD range is the smallest available SD card you can buy. Their small physical size allows them to be commonly used on smartphones, tablets, camcorders, Soundbars, SSmart IP cameras, and other IoT devices. MicroSD have a max storage capacity of 2GB, microSDHC storage can take up to 32GB and microSDXC currently maxes out at 2TB.

File System in SD Card: SD vs. SDHC vs. SHXC

You probably are confused by a number of jargons you’ve read above, particularly on SD, SDHC, and SDXC. These terms basically describe the capabilities of an SD card based on the file system used in their creation.

For obvious reasons, regular SD cards are not as regularly patronized anymore as you’d majorly find SDHC and SDXC cards when shopping for an SD cards. And they are literally the best, really. Conclusively, when buying an SD card, do not expect to get the full storage capacity specified on the package of the SD card. This is because the file system that makes up the SD card have to be stored on it and it takes up some space. So when next you buy a 64GB SD card and the available space when you insert it to your device is 58GB, do not freak out; the retailer did not hand you a counterfeit.