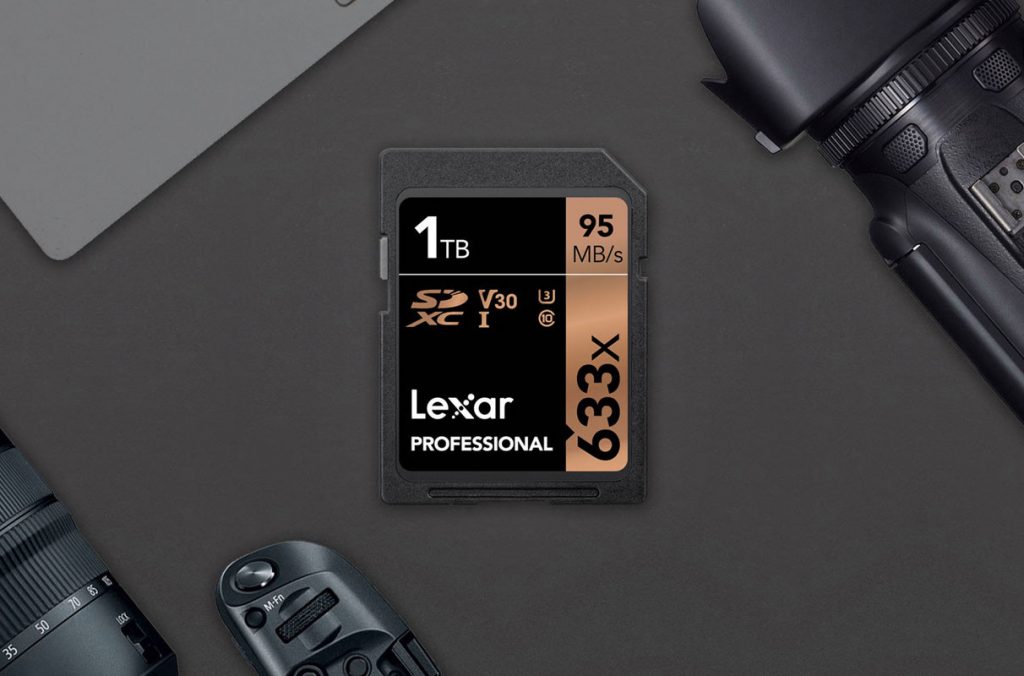 Do you swap SD cards every single time you shoot videos? Need a solution to the inconvenience? Lexar’s new SD card has a whooping 1 TB of storage capacity. That’s much more storage than some hard drives.

Be it for your digital camera, camcorders, audio players, smartphones, laptops, computers etc., Secure Digital (SD) card comes in handy for easily storing, carrying, and transferring files between devices. And usually, SD cards are small-sized alternate storage devices. Things are, however, different as they are becoming bigger (in terms of storage capacity) than they used to be.

So if, for some reasons, big-capacity 400GB and 512GB SD cards aren’t satisfying your storage needs no more, Lexar’s new 1-Terabyte SD card should do the trick.

As a photographer or videographer, an SD card sized at 1 Terabyte allows you hold more content for longer periods without hassles.

“Shoot and record more of what you love without changing cards with this high-capacity 1TB memory card that supplies the space you need for capturing all the action.”

Nevertheless, you might question why you need such amount of storage on an SD card. Well, we are a time in technological advancement where UHD-1 (4K) and UHD-2 (8K) contents are rapidly upscaling. Consequently, the amount of storage we’d be needing in the future would equally be upscaled.

Content producers and creators would easily agree that a 1 TB SD card makes sense because capturing contents in 4K and 8K at high frame rates can eat up terabytes of storage in no time. However, what wouldn’t be logical is to fill up an SD card with 1 Terabyte worth of data.

A 1 TB SD card is practical as backup uses for photographers whose DSLRs or shooters have a secondary SD card slot. For the day-to-day storage needs of the average individual, I’m not sure.

Why you might NOT need a 1 TB SD card 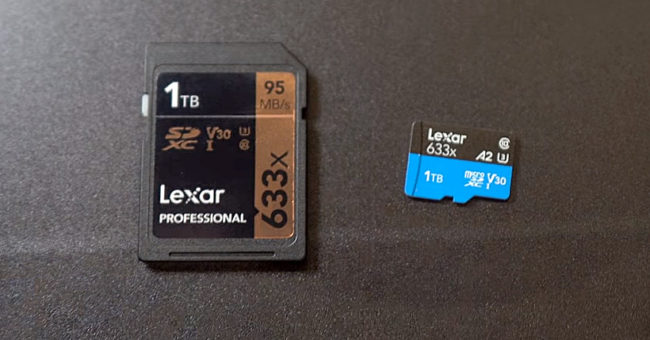 If you do not frequently record high-quality contents, you really can do without a 1 TB card. Also, you do not want to keep 1TB worth of data on an SD card because:

Back to the 1 TB Lexar SD card, the storage device is a Class 10 SD card with a read speed of 95MB/s and designed to store and transfer high-quality photos and videos. The device also works perfectly with 3D cameras, mid-range DSLRs, as well as camcorders.

“As consumers continue to demand greater storage for their cameras, the combination of high-speed performance with a 1TB option now offers a solution for content creators who shoot large volumes of high-resolution images and 4K video.” said Joey Lopez, Lexar’s Senior Marketing Manager

Currently, the  1 TB Lexar SD card is available only on pre-order on BHphoto and Adorama for $399. The storage device is, however, expected to hit the market soon for $499.