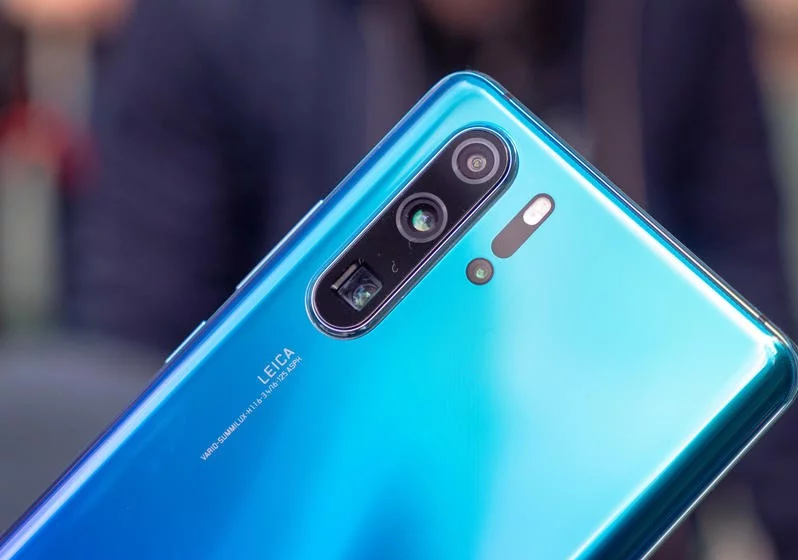 Huawei, yesterday, announced its latest flagship devices from the P-Series which also equally serve as the successors to the Huawei P20 and P20 Pro devices which were launched last year as the world’s first device with a triple rear-camera setup. Both devices (the P30 and P30 Pro) were announced with unique, spectacular and top-of-the-line features: top-quality OLED display with U-shaped display cutout, up to 512GB of built-in storage, up to 8GB of RAM, under-display fingerprint sensor, 4,200mAh battery, reverse wireless charging and more.

The P30 and P30 Pro flagships come not too long after the OEM launched its foldable smartphone, the Huawei Mate X. The Huawei P30 Pro is, obviously, the bigger variant of the duo and has some of the best features you’d see on a smartphone, particularly camera-wise. The device comes with a total of four cameras on the rear and a single camera on the front.

Interestingly, like Huawei has previously done with the old members of P-series, the OEM is also using the P30 and P30 Pro to debut new camera tech into the industry. In the paragraphs below, we talk about the new technologies Huawei introduced with its newest flagships from the P-series.

As mentioned earlier, the Huawei P30 Pro comes with four sensors on the rear, all of which are powered by Leica and uses the company’s latest developments and technologies. It would also interest you to know that the P30 Pro is the first device from Huawei to sport a quad-camera setup on the rear.

Three out of the four sensors share the protruding vertical bump while the fourth sensor sits directly beneath the dual-tone LED flash. The Huawei P20 Pro quad-camera setup consists of a:

The ultra-wide angle sensor is the first sensor on the vertical camera bump. Also called the Super-wide angle camera, the lens is a 20MP sensor which has been engineered to deliver improved camera functionalities like Super Macro Mode that allows users capture impressive details from subjects that are 2.5cm away from the camera, far beyond the distance at which most flagships in the industry capture.

The P30 Pro’s ultra-wide angle camera boasts of an aperture of the f/2.2 16mm, a feature it inherited from the Huawei Mate 20 Pro. The ultra-wide angle lens has also been optimized to work better with Night Mode by capturing images faster and subsequently produce brighter and lighter images.

This is the second camera in the tri-camera setup on the Huawei P30 Pro. The main camera is of ‘super-high resolution’ and is one of the best cameras you’ll ever find on a smartphone; Huawei calls this lens the “SuperSpectrum” sensor. The sensor has a resolution of 40MP, f/1.6 aperture, and supports optical image stabilization (OIS) — the regular Huawei P30 lacks OIS.

The SuperSpectrum sensor is a new type of sensor developed by Huawei. Compared to traditional RGB (Red, Green, Blue) camera sensors used on other smartphones, the SuperSpectrum sensor of the Huawei P30 Pro swaps the green pixels for the yellow ones, making the camera function as YB (Red, Yellow, Blue) sensor.

The effect of the pixel-swap technology is that it allows for increased light inflow into the camera as the focal length and spectrum of yellow is larger than that of green. Consequently, resulting images of the P30 Pro’s main SuperSpectrum camera will be brighter and of higher quality, even in conditions of low light. And according to Huawei, the high light intake is likewise evident when users shoot in manual mode.

The higher light intake is also apparent when you switch to manual mode. Most competitors can shoot photos at 6400 ISO, and the P20 Pro captured at 102400 ISO, which is the same as the Canon Mark 5 (an excellent DSLR with a huge sensor). The P30 Pro can capture photos at up to 409600 ISO, which is four times the ability of other devices.

Developed exclusively for Huawei by Sony, the company (Huawei) claims that the development of the SuperSpectrum sensor technology was a very expensive and time-consuming one. However, it might end up being the best camera on a smartphone. Albeit it sports a 40MP resolution, the main camera takes images at 10MP resolution by default. Users can, however, crank up the settings of the camera to save images at 40MP or whatever resolution they deem fit.

As you know, a telephoto sensor allows for improved zoom on subjects to be captured without loss of quality, particularly if the image is very far away. The Huawei P30 Pro’s Periscope sensor has an 8MP resolution, f/3.4 aperture and also support optical stabilization. The device’s telephoto lens offers 5X optical zoom but can also zoom up to 10X by combining the zoom sensors with the main 40MP main SuperSpectrum sensor using artificial intelligence.

Huawei claims that the P30 Pro Telephoto sensor 10X hybrid zoom provides lossless digital zooming with sharp image quality. Likewise, the device’s digital zooming can go up to 50X. This sensor allows users a clear shot of objects that are really far away. In fact, for a device that is only 8.5mm thick, this is the best optical zoom has gone on a smartphone.

The fourth camera is a Time-of-Flight (ToF) camera. The major functions of this sensor include improving depth mapping and speed up the rate of autofocus. As a result, users will get images with brilliant Bokeh effects because the ToF sensor improves background blur and subject separation. More detailedly, the ToF sensor is an 8MP sensor that calculates and records more layers of depth and subsequently makes the depth of field more natural.

The TOF camera allows the P30 Pro to measure the time that light travels from an object to a camera, and then accurately calculate more layers of depth than the standard foreground and background of most cameras.

Although the rear camera configurations of the Huawei P30 Pro and P30 Pro are different, both flagship devices share identical front-facing camera.

Neatly cut-out at the top of the P30 Pro’s OLED display is a 32MP sensor for taking selfie pictures. The selfie camera is incorporated with the AI HDR+ technology and also comes with an improved version of Huawei’s native “Master AI” feature which recognizes (and fine-tune camera settings for) up to 1,500 different scenes.

The Huawei P30 and P30 Pro are amazing flagship duos. Their cameras: even more amazing. However, it’s too early to crown their cameras the best-ever on a smartphone. As soon as we are able to gather enough camera samples of the Huawei P30 Pro, we’d share them and subsequently compare them to flagship devices from top OEMs.