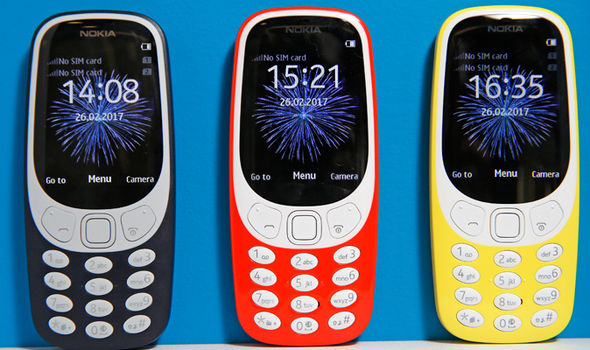 So finally!! Months after Nokia made a comeback at MWC in Barcelona early this year, HMD Global, the company with the rights to make and sell Nokia phones made available their 3 new Android smartphones in Kenya.

The phones are positioned for the mid-range price segment of the market. It will be interesting to see how these Nokia phones will fair in a market that is almost saturated with Chinese phones, the likes of Tecno, Oppo, and Infinix that offer so much for so little.

The first of the bunch of phones released is the Nokia 6. It is rocking a Qualcomm Snapdragon 430 processor, 3GB of RAM, a 5.5-inch display (1920 x 1080), 32GB of internal storage and a memory expansion slot via microSD. The rear camera is a 16-megapixel shooter, while the front facing 8-megapixel camera is a wide-angle lens with auto focus. The Nokia 6 comes in an aluminum unibody design. The Nokia 6 is priced at KSh. 24,999.

The Nokia 5 is the second phone. As the name suggests, it spots a 5.0-inch HD display. It is powered by the Qualcomm’s Snapdragon 430 processor, 2GB RAM and 16GB of internal storage. The Nokia 5 has a 13-megapixel rear camera and an 8-megapixel wide-angle selfie camera. It has a front mounted fingerprint sensor and is priced at a rather reasonable KSh. 20,000.

The Nokia 3 is the least powered of the three. Powering it is  a MediaTek MTK 6737 quad-core processor, with 2GB RAM and 16GB of internal storage. Both the cameras are 8 megapixels. Unlike the more expensive siblings, the Nokia 3 has a polycarbonate body, with aluminium around the frame. The Nokia 3 has a pretty price tag to match, KSh. 15,000.

“Nokia has a long history of being in Kenya. The products we are bringing now, Nokia on android devices are perfect for the market,” said Patrick Henchie, head of product and operations sub-Saharan Africa for HMD. The range of smartphones joins the return of the Nokia 3310 in Kenya.

The Android phones all run a near stock version of Android 7.1.1 and HMD promises regular updates. All the devices: Nokia 6, 5, 3 and the 3310 and will be available through Safaricom and selected retailers. It will be interesting to see how they fair in this highly competitive market segment.