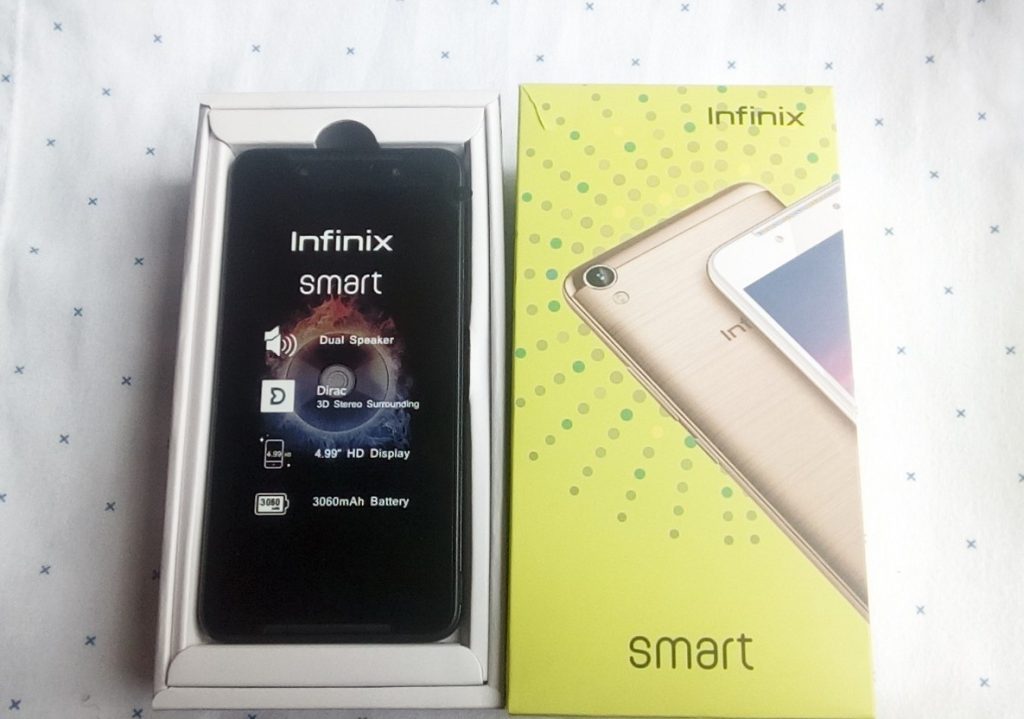 The Infinix Smart is the first of the Smart series, and the lowest when it comes to prices of Infinix products. Infinix could have thought so much about the low end buyers that have an interest in sleek and classic devices, and it had to deliver on it.

Marketed on the Tagline #BeSmartBeYou, the Smart is indeed a smart choice for an individual that looks to own a device just for themselves.

I got a chance to finally hold the device and now bring you the unboxing with images and the official specs. The first impressions and the comprehensive review shall come in the following week.

The device comes in an apple green hard paper box, with a seal at the box opening. On top is an image of the phone’s outlook, with the brand name stated on it. 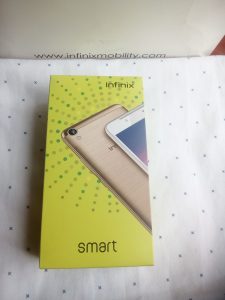 The bottom of the box has a sticker that shows a summary of the specs. There is also a QR code down that guarantees authenticity of the device. 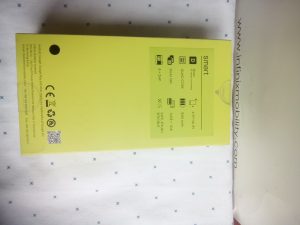 The sides of the box have the brand name written around and there is also a series of bar and QR codes to verify the phone. 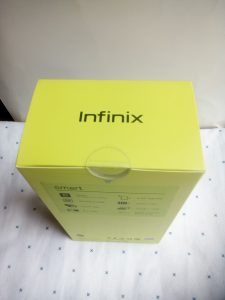 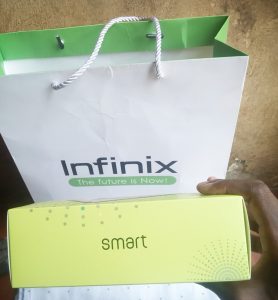 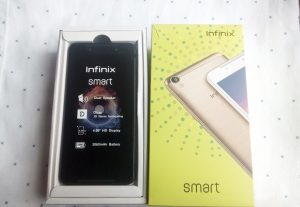 In the box is; 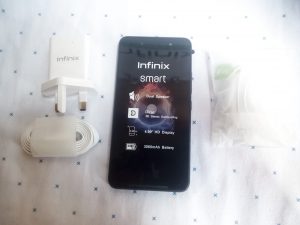 The phone is in a beautiful sandstone black, and its portability does not go unmentioned. 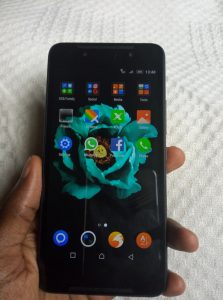 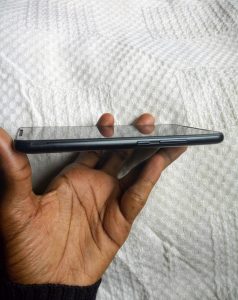 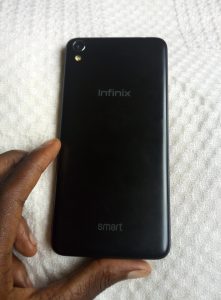 The Specs are summarized in: