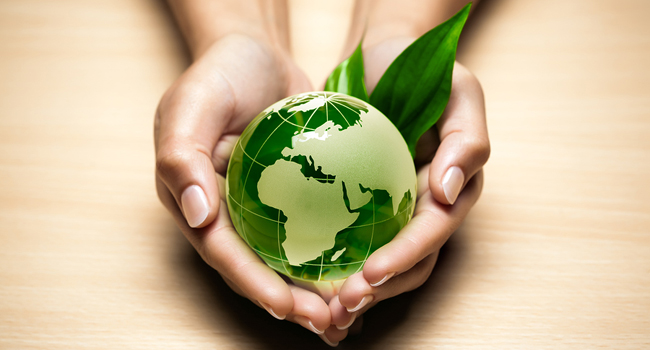 Africa has come a long way from the times of tribal wars, slavery and colonization. Even though great strides towards a better living environment have been made, there are still a lot of challenges. Poverty is still common; Aids is taking its toll on the continent; Malaria too, corruption is very high; unstable political environments; civil wars and brain drain. This has led to many commentators painting a gloomy future; with some even declaring that African will still remain the “dark continent” and remain undeveloped forever.

To Africans, reports that African economies are growing faster than the rest of the world is sweet music. Some analysts have projected that Africa is going to be a major driver of the world economy. They say it’s steadily on the path to achieve what the Asian economies have achieved in the recent years. The growth of economies have brought hope that Africa is on path of self-sustenance and reduction in poverty levels, political instability  and over –reliance on donor funds.

Because of the optimism in the growth and development of in African economies, a lot of effort and discussions has been made on what needs to be done to continue on this promising path. Interested stakeholders, local and international, have been working hard to identify and also find ways to develop different sectors of the economy. One such sector that has offered signs of growth and interest is Information Communication and Technology (ICT).

ICT has grown very fast and is showing no signs of slowing down. The telecommunications sector has been the major force behind this growth. Adoption of mobile technology has grown quite unbelievable with almost 90 % of the population owning some form of a mobile phone. From the feature phones to smart phones, this technology is now in everyone’s hands. Besides putting the mobile technology in the hands of masses, the telecommunications has created a lot of indigenous billion dollar companies and made its owners billionaires and millionaires.

The infrastructure the telecommunications companies put in place have laid foundation for wide adoption of internet.  The low cost of mobile phones have allowed a lot of people to access the internet and also made it viable for the companies to offer it at affordable prices. Many people have gone on to discover internet without even having owned a computer. This has lead many to say Africa has leap-frogged the desktop era.

The wide adoption of internet has led to the growth of a startup ecosystem. A number of successes having been registered that include South African company MXit which has gone to become a multi-million business. With hundreds of millions of potential users; the market is obviously lucrative. Web startups are less capital intensive and as such are very important in the growth of African economies; capital is really scarce in Africa.

This realization has resulted in a number of efforts by governments and private institutions in trying to kickstart an ecosystem like Silicon Valley. Startup challenges are now common phenomena. Legislations that support startups have been put in place. Technology cities have been built and funds have been availed to assist those who want to create technology companies. To sum it up a lot has been done to make it conducive for people to successful start technology companies.

While a lot has been done to create a successful startup ecosystem there have been very few successes that have been made towards realizing this objective. Besides the growing international media interest and the realization among many that probably that the next big thing might come from Africa, there are very few people on the ground willing to take the risk.

In my opinion no matter how conducive the environment is made conducive; a lot of people are still going to stick with finding jobs in traditionally lucrative sectors like mining, banking and tourism. Without skilled people willing to take the risk, chances of creating a startups ecosystem are next to none. Another problem is that most of these sectors don’t require programming skills; they just shop the software they need. Most IT personnel working in those sectors end up doing maintenance work.

Even if one decides that they would like to start a web company, there is high probability they lack the skills. One solution that I think would solve most of these problems would be to aggressively market the success stories to technology students while they are still in college. These would incentives students to learn the skills needed and also take the risks when they graduate. Everyone wants to be rich and if you can point out and show how others have done it through technology; you would have a lot people trying to do the same.

This might require a lot of lobbying with the African media which has not been playing an active role.  And yet,  I think, it’s through media that Africa is going to create a vibrant startup scene that can grow to become one the important drivers of her economy.

Editor’s Note: This is a guest post by Munyuki Manatsa. He is a technology enthusiast with a Bsc in Information System from the Midlands State University in Zimbabwe and is currently living in Windhoek,Namibia. He’s also working on a urban music application,MIXDEM.COM and is currently running a fundraising campaign for his startup on Indiegogo.

One thought on “What Africa’s startup scene needs”