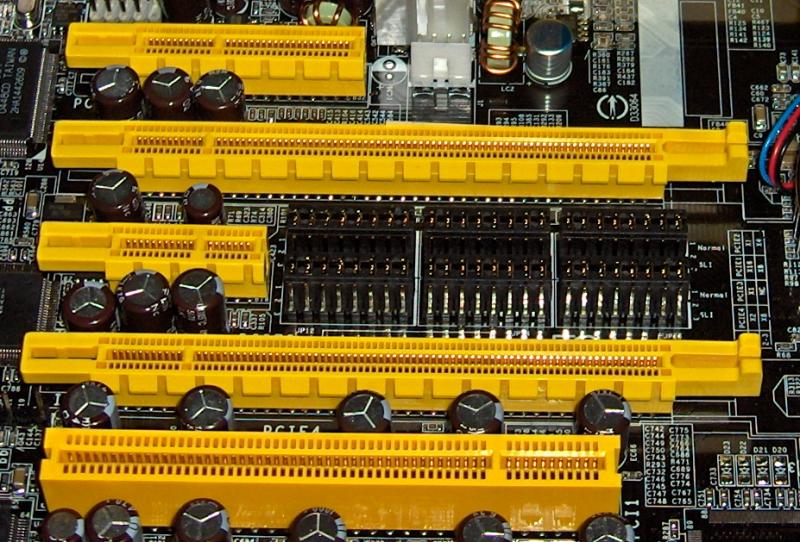 Ordinary computer users have probably never had about, PCIe or PCI Express also known as Peripheral Component Interconnect Express, but hardcore gamers and video editors all know which PCIe slot their computer motherboard supports before buying their next graphics card.

PCIe is a computer interface that high bandwidth applications such as games, network cards, and more recently SSD drives use to communicate with your computer’s motherboard. Think of it like dedicated high-speed toll roads you use when you need to get to the airport ASAP so you don’t miss your flight.

PCIe which is overseen by PCI-SIG or Peripheral Component Interconnect Special Interest Group succeeds older AGP and PCI found in older computers both of which replaced the oldest widely-used connection type called ISA.

What is PCIe used for

PCIe expansion slots were first widely used for adding high-performance video cards which boast performance of photo and video editing softwares like photoshop, lightworks etc instead of relying on the CPU for intensive tasks. These PCIe slots are also popular among gamers who use them to add external high-performance graphics cards on their custom computers.

Those that want some crisp audio quality than what their inbuilt audio cards provide install third party sound cards which slide in via PCIe slots.  Network cards too also use PCIe slots to give your computer some high-speed data transfer.

PCIe has evolved since it was released way back in 2003 increasing speeds from 8 Gbit/s in PCIe 1.0 to as fast as 128 Gbit/s in the upcoming PCIe 5.0 which is expected to be released in 2019. PCIe 4.0 which is current revision with total bandwidth of 64 Gbit/s on x16 lanes brings OCuLink-2, an alternative to Thunderbolt connector while being backward compatible previous versions.

PCIe is poised to grow and enjoy wide adoption as Desktop owners and application developers demand for faster and more powerful peripheral devices such as external GPUs, graphics cards, SSDs and network cards. PCIe will compete with USB-C SATA Express, ExpressCard and Thunderbolt standards as next generation data technologies.