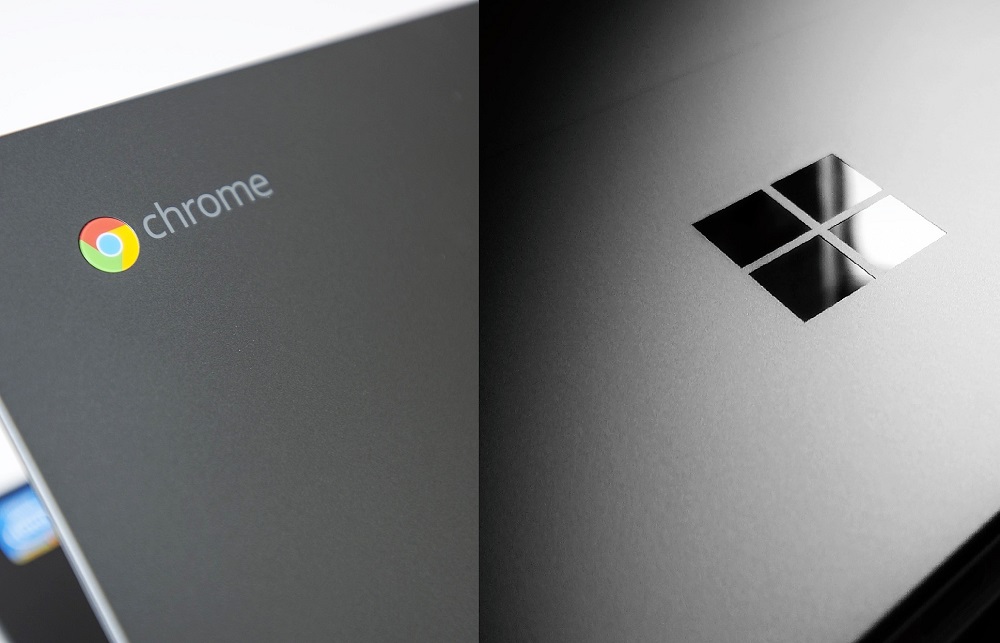 In this tale of two operating systems, in this case, Chrome OS vs Windows 10 S, we are going to have a look at how Windows 10 S fares pitted against the immensely popular Chrome OS. Both operating systems have a different approach to how they go about their business. The end result is a stripped down operating system best suited for 2-in-1 tablet PCs and going for as low as $189.

Windows 10 S is not much different from Windows 10 Pro/Home. If it’s continuity you’re after, you will get it with this slimmed down Windows OS. It’s a case of an old dog wearing a new skin. When you get down to it, Windows 10 S is a remixed Windows 10 operating system reimagined in a locked down ecosystem as you would find in a Mac. Perhaps this is the future unfolding before our very own eyes. For now, though Windows 10 S is specifically engineered for low-end hardware and marketed towards the education sector. Windows S’s strengths lie elsewhere but as they say, necessity is the mother of invention.

Microsoft has hitherto had a reputation for its liberal approach to the way their Windows operating system runs. Basically, anything goes. You can install apps from just about anywhere; from that dodgy cracked software online to legit CDs from a reputable vendor. Let’s not forget the Windows Store (now Microsoft Store) which is still alive and kicking despite appearances. Perhaps taking a leaf from Mac, Microsoft decided to release a locked-down Windows 10 S, touted as a more secure operating system for various reasons

Related: Windows 10 S vs Windows 10 Home: Their difference and why you may wish to upgrade to Windows 10 Pro

To be honest, the Microsoft Store is not yet up to par in terms of useful regular apps. The times I tried to read up on good apps to download, the reviews and ratings alone were enough to stay my hand. Even so, I do use a number of apps such as Telegram, Team Viewer, Remote Desktop, Color Note, and a few more. The Universal Windows Platform (UWP) apps are a  great idea.

Where Windows S does it right is with implementation. The apps don’t look any different from regular software you download off the internet. On the downside, Edge is the default and only supported browser for Windows 10 S. Major browsers users are accustomed to just won’t work with Windows 10 S as they are missing from the Microsoft Store, and it’s the only way you can install anything on the computer.

Not one to take this sitting down, Windows 10 S has integrated STEM education along with other educational partnerships (e.g PowerSchool) to entice users to Windows 10 S. STEM is basically a dedication to the disciplines of Science, Technology, Engineering, and Mathematics. You will come across features such as Intune for Education, Microsoft Learning Tools and other assistive tools integrated into Word, OneNote, and Teams which even the playing field. For instance, Learning Tools for OneNote help students improve reading and writing skills, and comprehension. One Note Class Notebook has assignments and grade integration. Microsoft has also made use of Minecraft and Mixed reality to make their classrooms more fun.

Google runs an ecosystem of monstrous proportions. A good many people globally are consummate users of Google services in one form or another. It’s either that Gmail account, the GSuite and/or Google Apps, Google’s search engine, the Chrome browser or something. That Google can offer an exclusive operating system, Chrome OS, to exploit this ecosystem shouldn’t come as a surprise. It’s basically pre-ordained by the powers of common sense.

By design, Chrome OS runs an entire operating system built around its Google Chrome browser. The Google ecosystem ensures that you don’t actually need to leave. Chrome OS powers most student education computers on the market today with good reason. That even the lowest-end computers can run Chrome OS is one selling factor. But the mere fact that Chrome OS is run from the Chrome browser gives these laptops a lot of advantages you don’t often see in regular computers.

The Chrome OS edges out Windows 10 S here mostly due to the extent of educational tools it has in its repository. Windows 10 S is only just trying to break into this new market and as such faces an uphill battle against the more established Chrome OS. Chrome OS has productive educational tools such as Google Classroom, Google Sites, Google CS First, Google Maps, Google Keep and Google Apps to mention a few, which is only scratching the surface. There’s also Cloud9 for programming, Basecamp for collaboration, CIRC to connect to any server and more.

Related: What is Chrome OS and should you get Chromebooks instead of a PC

Some are free whereas other tools like Explain Everything and Soundtrap are quite affordable. Some of these tools include Google Forms which lets educators set quizzes and automatically return results on completion. There’s also Virtual Reality Expeditions a class can have as a group, Cast for Education which lets students and teachers execute both audio and video sharing to a computer hooked into a projector.

The Chrome Web Store is not dissimilar from the Microsoft Store. Both house thousands of sandboxed apps many of which are even free to download. The Chrome OS has one up on Windows 10 S on this one. The Chrome Web Store is a thriving community of literally thousands of useful apps to juice up your productivity. The star rating system and the reviews are a good way to gauge which apps to download. As if that’s not enough, you also get your choice pick from the Google Play Store. Android users would find this particularly convenient.