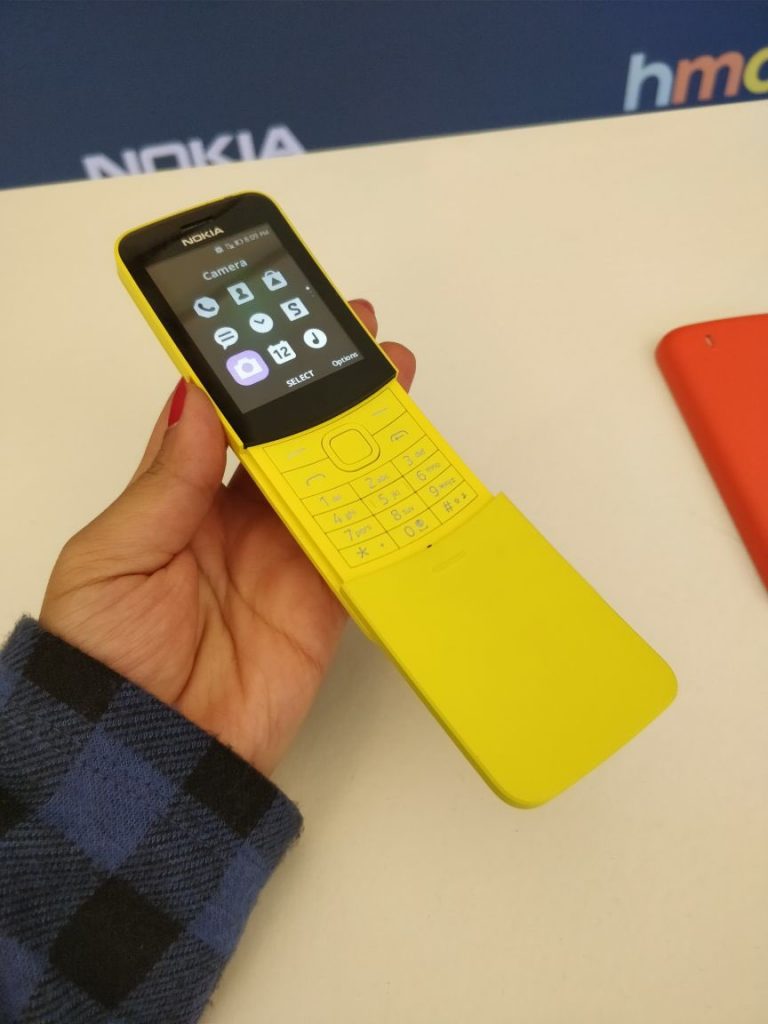 Remember the banana phone? No? That’s okay, ask your folks. In Mobile World Congress 2018, one of the devices that absolutely stole the show was the reincarnation of a classic. HMD Global launched the Nokia 8110 4G, a homage to the original Nokia 8110 handset from 1999. One that got a lot of hype at the time for appearing in one of the biggest blockbusters of the time, The Matrix.

Last year, HMD launched the redesigned Nokia 3310. A looker it was, and brought back memories of the OG but it was limited as it lacked 3G and was a fearure phone straight up. The banana phone, which gets its name from the curved frame and the slide-out mouthpiece, is a slightly different case. The company has tried to make the phone a little more relevant in the modern life by cramming a 4G radio in there hence Nokia 8110 4G.

The retro-box doesn’t run Android. Instead, it is powered by a skinned version of Kai OS which is what was left of FirefoxOS. It is designed to bring smartphone kind of functionality to feature phones. This effectively means that, while you cannot run full Android apps, it still remains usable with some level of smart functionality.

Nokia 8110 4G is a feature phone through and through so you know it has some decent longevity. HMD says it will last you 21 days on a single charge. The battery is removable too so in the wilderness, you’re only limited by how many spare batteries you carried. They are positioning it as a device for the weekend or for the holiday. Typically this is when you just want some time off the web but still need to be connected. Think of it, those are the times when you need your feature phone. Only now you have 4G LTE, and some seriously unique device.

Important to note is that the Nokia 8110 4G supports VoLTE. This means, like the recently launched Nokia phones from this and last year, it will work on Faiba4G. You could therefore save up and get it instead of a dedicated modem or Mi-Fi when it hits our shores.

Which retro device would you like to see reincarnated?