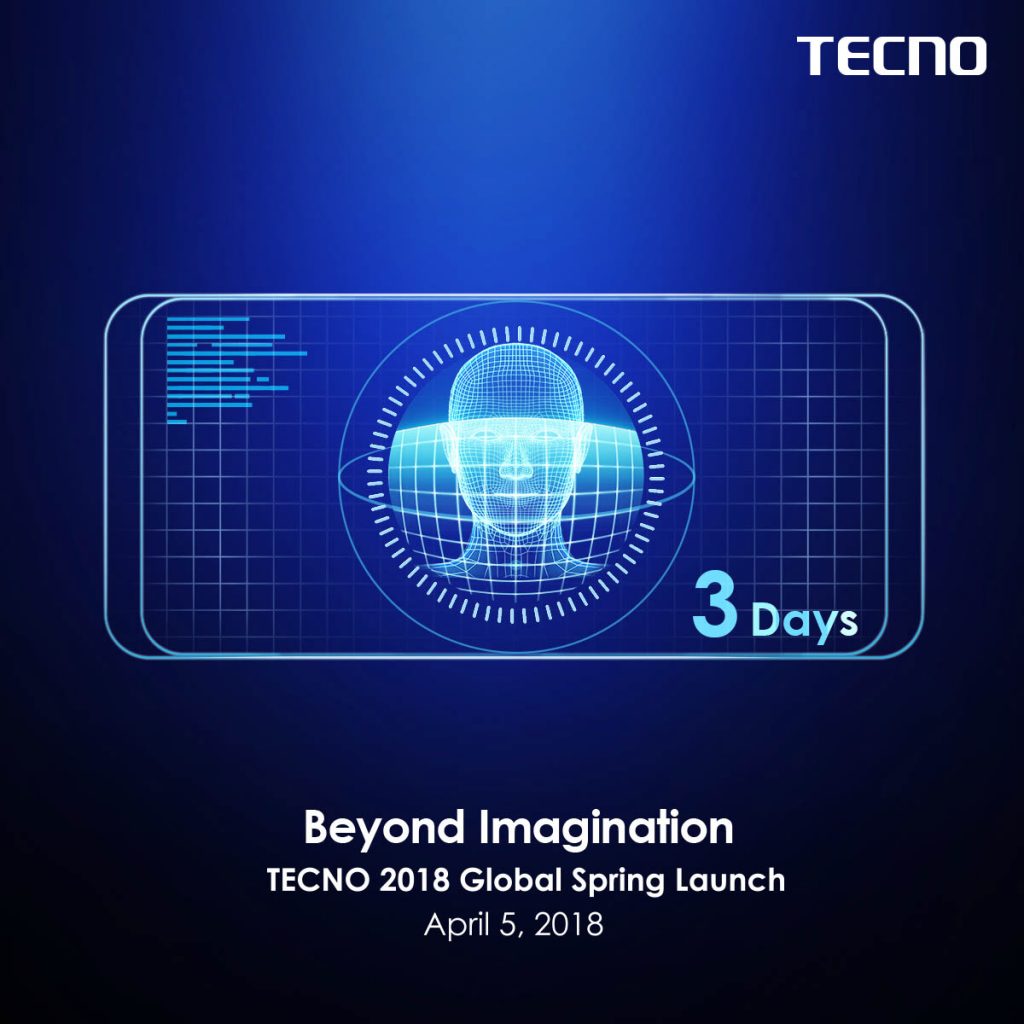 Camera, set; Lights, set; Africa should be ready for some Action! Tecno Mobile is set to unveil a new smartphone.

We can reliably tell that the company is set to launch an upgrade in the Camon line, on April 5th at the 2018 Global Spring Launch event, to be held in Lagos, Nigeria.

Whereas no specific name has yet been attached to the upcoming smartphone, TECNO mobile has started teasing its fans with some expected specifications via its social media handles.

Following the release of the Tecno Camon CM, an inclusion in the world of smartphones with fewer bezels, the forthcoming Camon also takes on some features that are defining industrial innovation.

“Unlock at a glance!”

It takes just a glance… to unlock… Ready? How long can you wait for a Lock to be Unlocked?
Say X! …and take a selfie! #SayX #ClearOrNot pic.twitter.com/YmVb4XxVJz

First seen on the iPhone X – and now making rounds on Android smartphones – Face ID typically does better than patterns, PINs, passwords, and fingerprints, because the chances of another person having your facial outlook is so minimal.

Besides, with this Tecno Camon, you only have to blink, and the phone will unlock.

Related Article: The Next Tecno Camon is Coming With Unique and Unmatched Features

Other notable features to expect from the new Camon include, an 18:9 6-inch Full HD display, and Android Oreo out of the box.

It is expected to come in two variants – a Pro and a Lite version, with the latter featuring 3GB RAM and Pro will having 4GB RAM, but with both phones having up to 128GB internal storage capability.