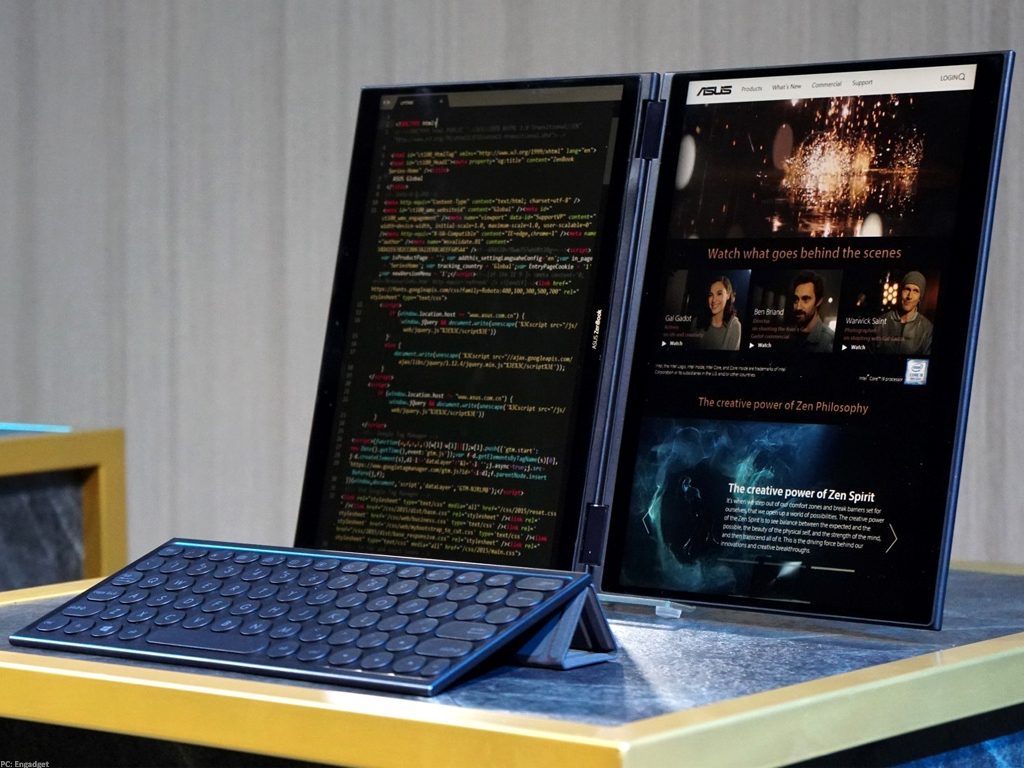 We always find it hard to get a device that suits our interests, let along personality. Just picture having a laptop with dual touchscreens, one transformed into an adaptive keyboard and the other doing the showtime. Asus just sought out something of the sort, a dual-screen laptop – at Computex 2018. It is a laptop designed to follow your routine, yet able to conserve battery life in the case of future projects.

The main 15.6″ screen is capable of 4K UHD, while the second screen is a full HD within the PC’s touchpad. Asus calls this the “ScreenPad” that comes with inbuilt apps such as a calculator and custom controls for Microsoft Office and YouTube to run in it. It is expected to go on sale in mid-July 2018 at US$2299.

Asus’ other dual-screen laptop is “Project Precog”, which does away with the keyboard-and-trackpad side of the clamshell and replaces with a second touch screen. The device figures out when you need a keyboard and puts one on-screen, so that you can put it to use. This will be through an array of sensors can predict where your fingers will rest and adapt input devices accordingly.

#ProjectPreCog is nothing short of incredible. We had to jostle for a space to take photos of today's #Computex2018 super star. It's sooo shiny and super lit! ?? How's that for #CreativePower? pic.twitter.com/ioBtYPWDBx

This year’s Computex 2018 has seen numerous announcements on the future of PCs. Intel recently announced  that it will have 5G PCs in stores within 2019. This brings the list of companies set to release 5G laptops and 2-in-1s next year to six. These are Microsoft, Dell, HP, Lenovo, Acer and Asus; all of these promising to board Intel-powered chips.