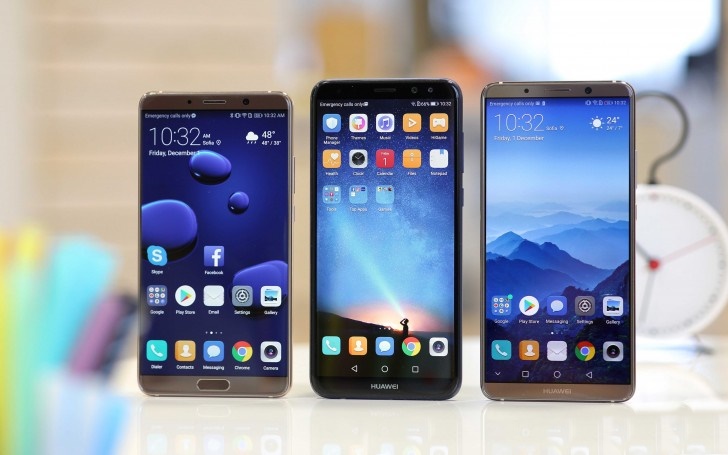 When checking out the specification, features, or review of a new smartphone, you most likely have heard the phrase “aspect ratio” being thrown around a lot — especially when the device’s display is being discussed. We’ll break down everything you need to know about aspect ration in this article, as simple as we can.

What is Aspect Ratio?

Simply put, aspect ratio is the relationship between the height and width of a display. Not just smartphones display, but any rectangular display — tablets, laptops, etc. Aspect ratio is also a measurement of how wide or tall a display is but it shouldn’t be mistaken for ‘screen/display size’ which is calculated by measuring diagonally across the screen.

One of the most common aspect ratio used on smartphones is 16:9. Sometimes presented as 1.78 or 4²:3², the aspect ratio became a standard for smartphones and other devices since 2010. For a device with 16:9 display, it basically means there will be 16 pixels in one direction for every 9 pixels in the other.

Devices with 16:9 aspect ratio are usually wide and they became the standard aspect ratio for smartphones because majority of contents (read: videos, gaming, etc.) are also available in this same format. So you would enjoy gaming and videos in full wide-screen quality on a 16:9 aspect ratio device. On devices that whose display aren’t in 16:9 aspect ratio, you’d experience what is known as “Letterboxing effect” where black bands/bars appear at the top and bottom of the content you are watching (see image below).

In recent times, however, smartphone manufacturers started to shift away from the regular 16:9 aspect ratio to other types.

Smartphones with 18:9 aspect ratio were born out of the need to increase the size of displays without having to increase phone sizes/dimensions. OEMs were able to achieve by, obviously, increasing the height of phone screens (from 16-18) while maintaining the width (at 9). Also, surrounding bezels were also shrunk down.

The narrower design of 18:9 aspect ratio devices allowed for better one-hand grip, improved usability, smooth multitasking, more screen real estate, etc. However, because contents are majorly available in 16:9 aspect ratio, there would be “black bands” at the top or bottom, or to the left and right of your display while watching content. Albeit OEMs allows users zoom in on movies on 18:9 displays to enjoy full view experience, some parts of the content are almost always cropped when users try to fit it to screen.

Content-cropping and letterboxing aside, 18:9 aspect ratio allows for convenient usage of smartphones.

19:9 is another smartphone aspect ratio. It is becoming increasingly popular and used by top OEMs like Samsung, ASUS, Huawei, and Apple on their flagship devices. Phones with 19:9 aspect ratio are increased height and have 19 pixels in one direction for every 9 pixels in the other. Like to 18:9, devices with 19:9 aspect ratio generally have slimmer, non-existent bezels but with the latter, you’ll enjoy bigger screen real estate.

While the above-mentioned aspect ratios are the common types you’d find on devices, variations/fragments of these aspect ratios also exists. So when you see devices with 18.5:9 or 19:5 aspect ratios, don’t get confused; they are valid/real aspect ratios that are based on the regular 18:9 and 19:9 display ratios.

While aspect ratio fragmentation gives OEMs room to play around with phone displays and design, it is quite a headache for app developers. To deal with this fragmentation, developers constantly have to tweak their apps to support whatever aspect ratios and resolutions smartphone manufacturers decide to churn out. So sometimes when an app doesn’t fit your phone’s display, it could be because the app isn’t compatible with your device aspect ratio yet.

To be honest, you really shouldn’t. It’s actually too late to care. 18:9, 19:9 and other variations have taken off already. In fact, they are the in-thing now. Low-end, mid-range, and flagship smartphones now mostly come in all but except 16:9 display ratio. Smartphone manufacturers are already adopting higher aspect ratios and do not seem like they’d come back down — we take what they hand to us. Besides, availability of compatible well-fitted content seem to be the only edge 16:9 displays have over all other aspect ratios. And it’s not exactly a big thing because existing video formats still look decent on 18:9 displays and higher. Also, it’s only a matter of time before the entertainment industry switches over to contents in 18:9 format.

Conclusively, 18:9 display ratios and above allows for slimmer bezel, superior scrolling experience, as well as convenient content consumption, particularly when reading books, articles, and long web pages. Do you know what aspect ratio your device comes in? Tell us in the comments.

7 thoughts on “Smartphone “Aspect Ratio” — Meaning, Types, and Why You Shouldn’t Care”