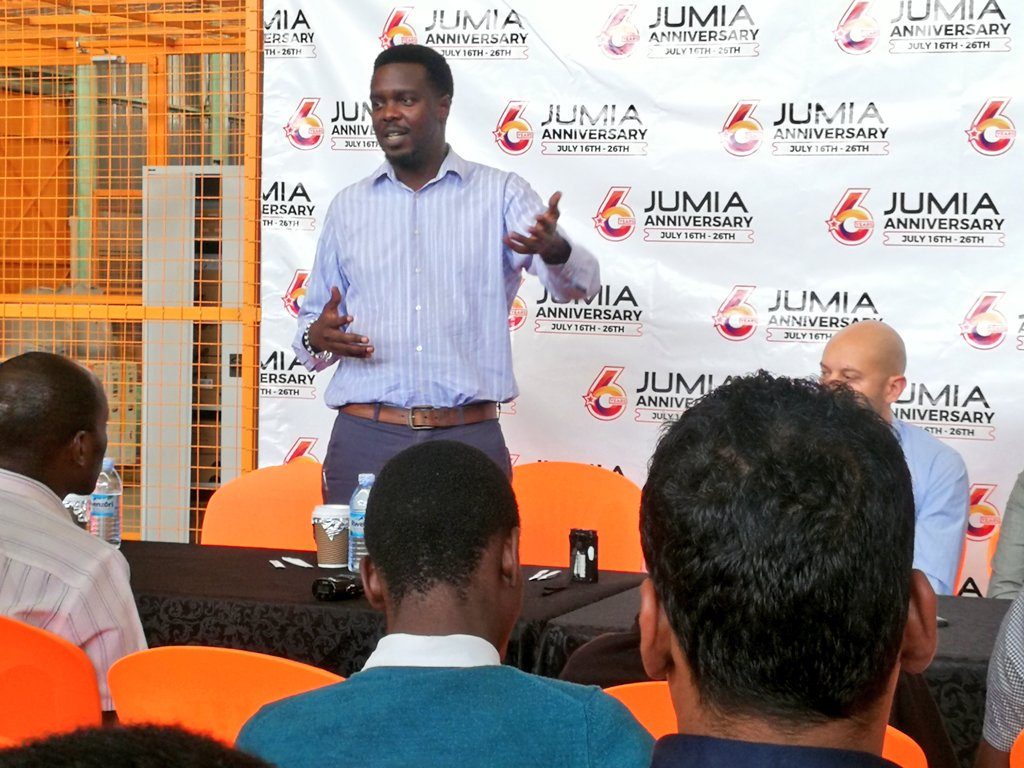 Jumia Uganda is making 6 this July. And there could be no other way to celebrate the anniversary than in a shopping promotion. The online marketplace has unveiled a celebratory campaign that will run from July 16th to July 26th, 2018, with amazing discounts on all products ranging from 5% to 10% all the way up to 75% off. It is at the unveiling event that the company also showcased her second yet newest warehouse.

Jumia started operations in 2012 and has since made progress in the e-commerce arena. And despite infrastructural hindrances like the lack of a critical mass of internet users to support e-commerce, lack of integrated payment systems, poor roads and transportation network that hampers delivery and lack of an address system; Jumia has still found a way through.

From an average of 100 orders a day to thousands a day, and over 50,000 active merchants including over 400 local partners that they have helped develop, the company has gained over 1.5 million subscribers with a monthly online traffic of about 500,000 shoppers.

Today, Jumia offers over 13 diverse categories within its marketplace including but not limited to electronics, fashion items, home appliances and many more.

Jumia has collaborated with its partners such as: MTN, Xiaomi, Anisuma, and Kiboko P&G; who will be headlining the anniversary sale offering the very best prices on a wide assortment of products.

Mr. Sefik Bagdadioglu, the Regional Director of Jumia, noted that the celebration are to offer customers different products at low cost and affordable prices. He describes the promo as a ‘Black Friday in July’ with expectation of huge success overall.

“As we celebrate 6 years of revolutionary online shopping in Africa, it remains our desire to create a great environment for entrepreneurship and businesses to succeed in this country. Jumia is committed to supporting the country’s economy through digital trading and opening the employment doors through developing skills within the sector.”

Manon Salamon, the  Jumia Uganda Commercial Manager stated that there are going to be crazy discounts to cater for everyone, like the cheapest 3G tablet in Uganda plus exclusive product launches like Xiaomi. The tablet will go for a discounted offer of UGX 180,000; while Xiaomi will be launching the latest Redmi S2 during the Anniversary sale, bringing with it a 16MP front camera for keen selfies. Anisuma is also promising amazing promotions on Sony, Hitashi, Panasonic TVs & Appliances during the anniversary.

Teases to these deals keep coming in towards the D-Day, and you can check them out here.

Ham Namakajjo, Jumia Uganda’s Country Manager took attendees through the new warehouse located on the 5th street industrial area, adjacent to the Bata Store. This basically stores consignment of the most commonly purchased products on Jumia, making it easy and efficient to deliver them to customers through Jumia Express. Jumia’s delivery policy is within 3 to 6 days but the Jumia Express option allows one to receive their package within 24 hours of placing the order, and same-day delvery if order is placed before 2pm.

The new warehouse is already operating with shipments done by DHL, Aramex, and Skynet in morning and afternoon shifts.

Jumia has invested towards local sellers’ education by launching a series of educational and awareness campaigns about e-commerce. These support and encourage the growth of segments relating to the industry.

“Already in progress, the company launched “Jumia University,” to provide future online sellers a way to develop skills to become successful online. These include courses for HR, digital marketing, soft skills and commercial planning. This is to provide Ugandan youths, and others wanting to join in on the industry, a chance and opportunity to create viable self-employment through starting a business,” states the company.