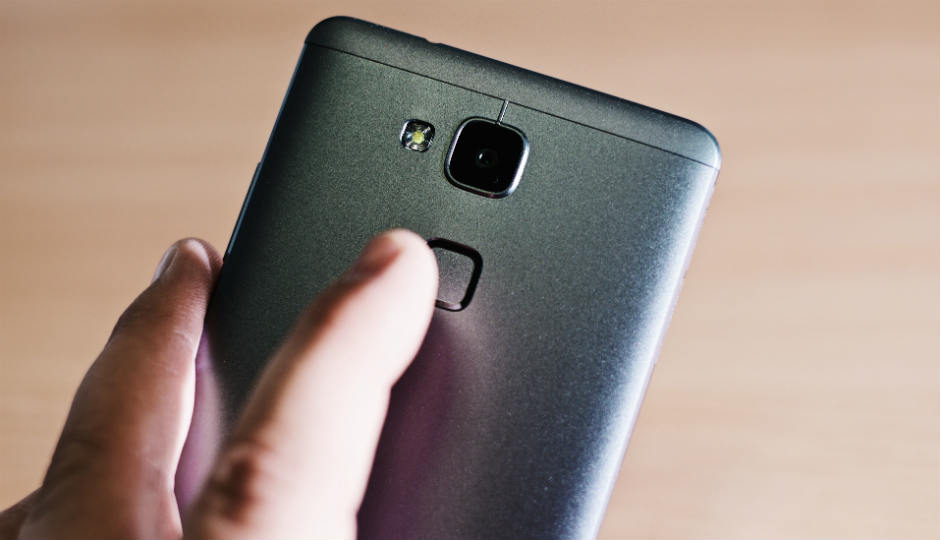 Smartphones have, over the years, become a very important aspect of our lives. Its use has transgressed from basic communication (calling, texting, etc.) to our everyday work and personal lives. Nowadays, the average smartphone user stores personal files, multimedia, and other documents — banking details, social media, internet banking applications, shopping, work and personal emails etc. — on his device that could cost a fortune if in the wrong hands. This is where smartphone security comes in.

We highlight all the biometric authentication technology that have been successfully implemented on mobile phones over the years, their advantages, downsides, prospects they hold, and smartphones that support each authentication methods. 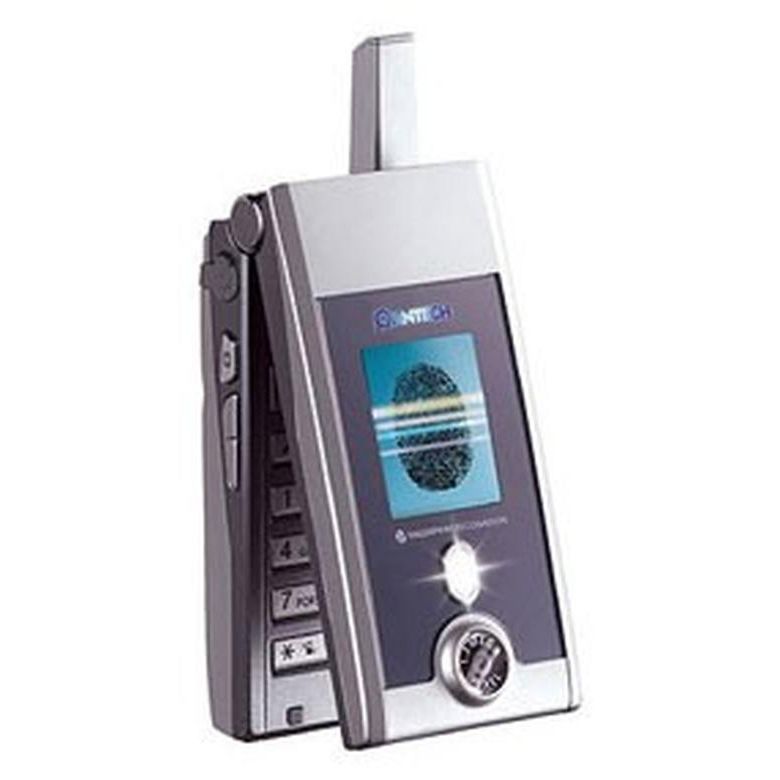 There are basically three types of fingerprint scanners used on smartphones and they differ in how they function and scan prints.

These are the oldest types of sensors used on smartphones. These sensors use a light source to capture a high-resolution photograph of your finger (read: prints) and uses algorithm to identify unique patterns.

Unlike optical sensors that takes an image of your finger, capacitive sensors make use of capacitor circuits (its core component) to collect fingerprint data. This type of sensor is most used fingerprint sensor.

This is a new sensor that was introduced by Qualcomm in 2016 on the LeeCo Le Max Pro. This sensor uses a transmitter to send ultrasonic pulse against your finger to create 3D details of your prints. Only ultrasonic sensors reproduce and store prints in 3D, making the ultrasonic system more secure than 2D versions created by optical and capacitive sensors.

Smartphone can be unlocked without user’s consent i.e when sleeping 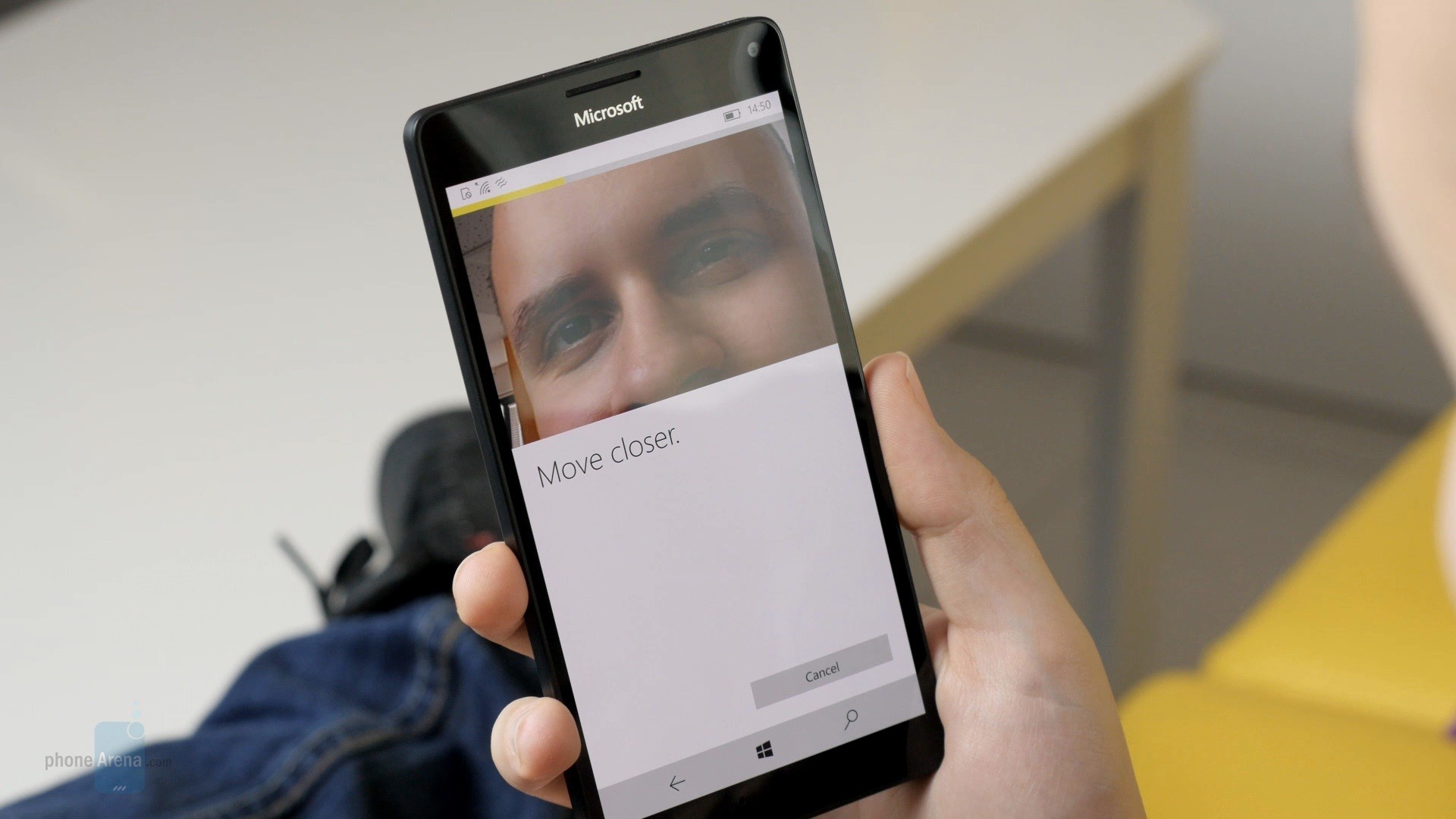 Iris scanning isn’t a very much popular biometric authentication method on a smartphone, it is also more sophisticated way of securing your smartphone. And though Iris scanning is commonly and mostly used on Samsung Galaxy flagships, the technology was first used on a phone — Fujitsu ARROWS NX F-04G — by Japanese company Fujitsu.

How does Iris Scanning work? 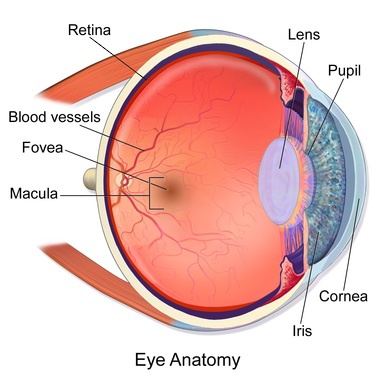 The structure of the human eye.

The Iris is a thin and circular structure in the eye. It adjusts the size of the pupil and also responsible for controlling the amount of light that enters the eye. Interestingly, just like fingerprints, no two humans in the world have exactly the same Iris.

The odds of any two irises being identical has been calculated to be one in 10 raised to the power of 78. Barring injury, the patterns remain stable through life, unlike faces, voices and even fingerprints.

The Iris scanner of your smartphone flashes near-infrared (NIR) light into one or both of your eyes to recognise your iris(es) and unlocks your device. The NIR light emitted by the iris sensor is safe and poses no risk to the user.

“The amount of infrared light is no more than would be received by walking outside on a sunny day.”

Also known as Voice ID, Speaker recognition, or Voice Biometrics, Voice recognition is an authentication method that grants access to a device by identifying a user’s unique voice pattern. 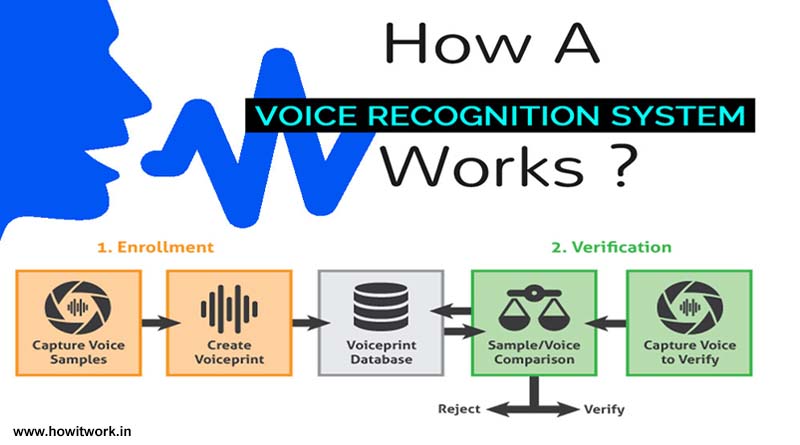 Pros and Cons of Iris Scanning

Voice recognition is also quicker, easier, and relatively more secure. However, there are reports and fears that a good mimic can bypass voice recognition authentication. 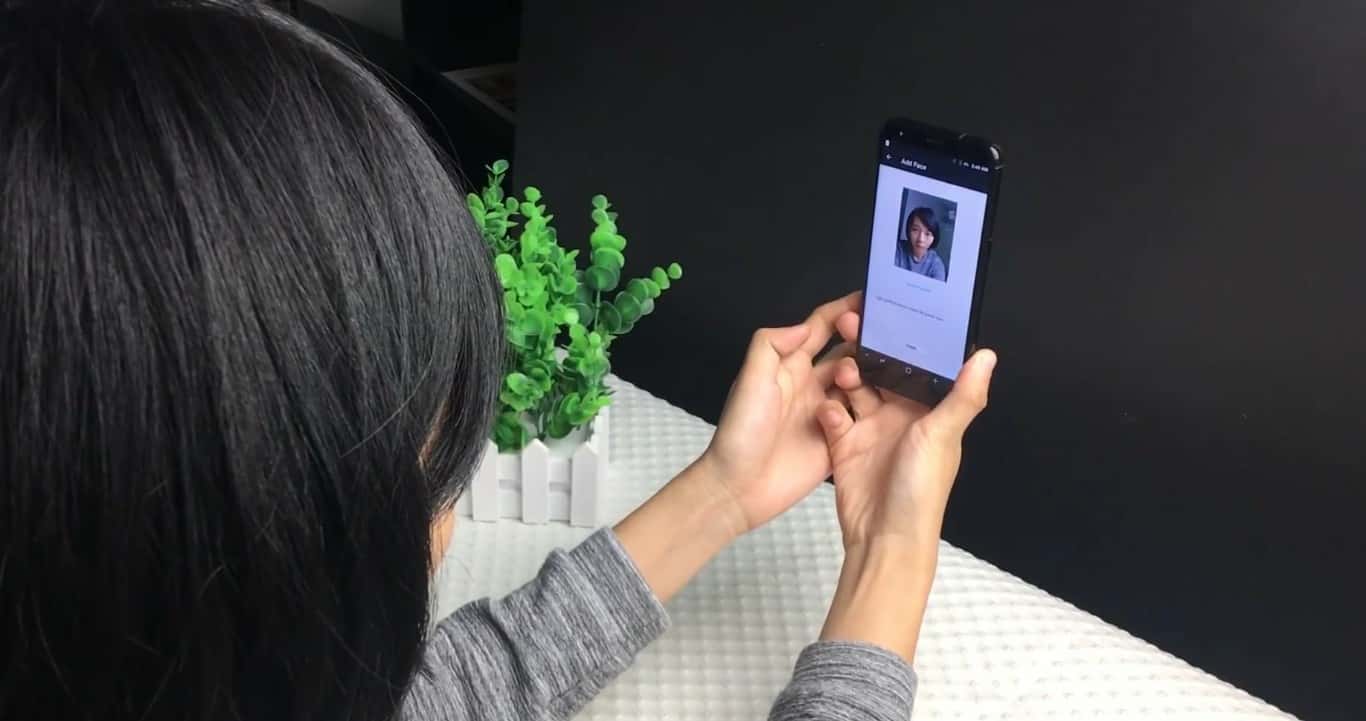 Facial recognition on Uhans i8 smartphone

Although Facial Recognition only recently became popular when Apple introduced to the iPhone X as Face ID, the isn’t the first instance the technology would be used on a smartphone. Facial Recognition as a form of smartphone security dates back to 2005 when ORMON Corporation, a global leader in automation, control technology, and sensing announced the OKAO Vision Face Recognition Sensor (which could be used on mobile phones, PDAs, and a y camera-enabled device) in Japan.

How does Facial Recognition works?

Depending on some factors like the manufacturer of your smartphone, facial recognition are of different types, have varying characteristics as well as patterns of functioning. Majorly, many smartphones that comes with the feature usually use the front-facing camera and dedicated software to record an image and properties of your face.

Each time you unlock your smartphone, it uses the front camera for recognition, comparing the original scan to what the camera sees.

Presently, there are many smartphones that comes with Facial recognition capabilities but Apple’s Face ID (on the iPhone X and subsequent iPhones), despite its shortcomings, is one of the most sophisticated. 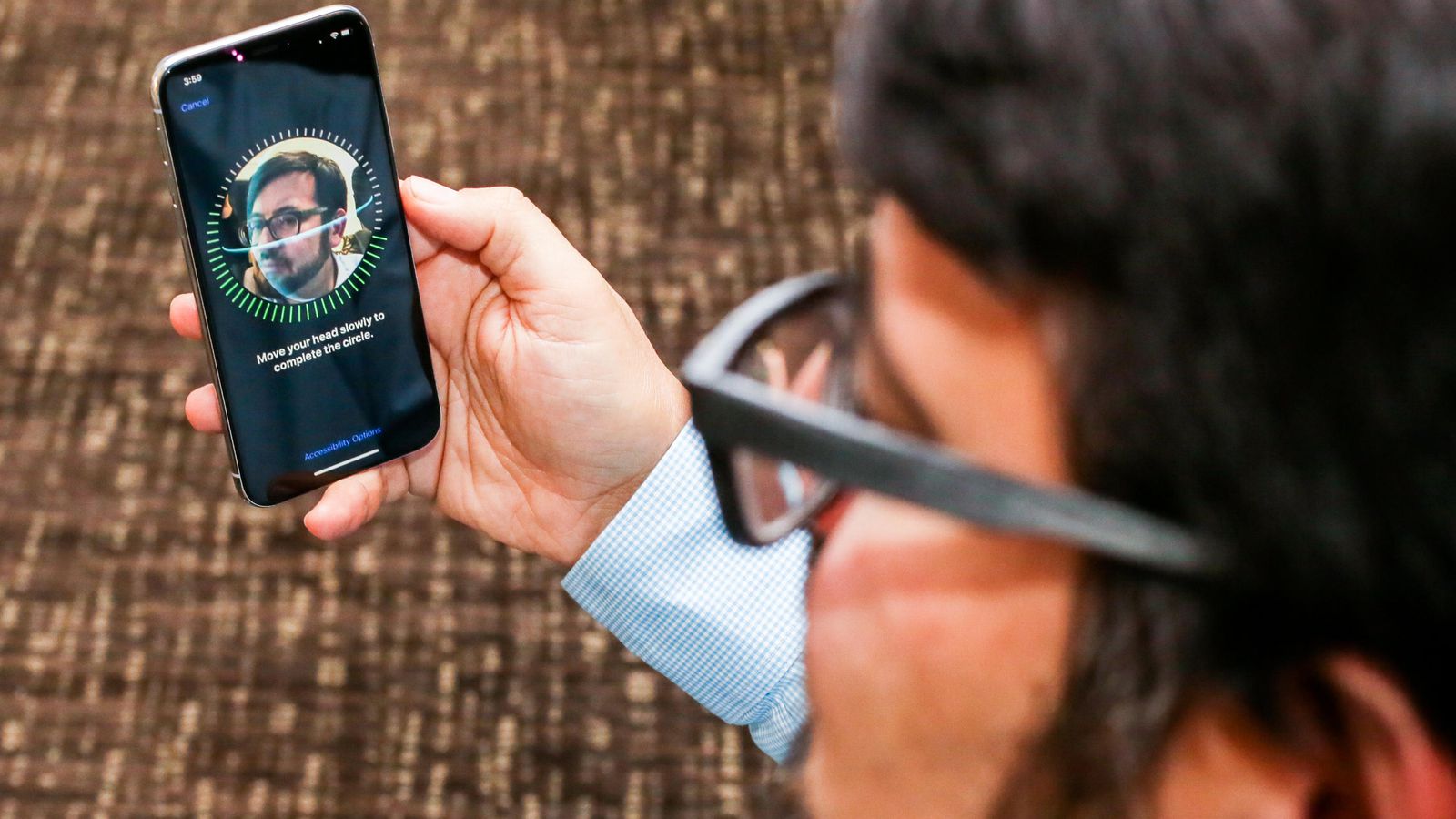 Face ID uses an IR beam projector and Infrared camera to create a 3D model of your face; it measures distance traveled by each beam before they hit your face. It is also the most effective, precise, accurate and safest facial recognition system ever used on a smartphone. Unlike most other facial recognition systems, Face ID takes extrinsic properties of the face like facial hairs, accessories into account. Its effectiveness isn’t hindered by growth or accessories as Face ID software automatically and occasionally recaptures and updates your facial template.

Generally and conclusively, biometric authentication can not entirely replace PIN, passwords, patterns, code etc in terms of security and reliability, they can only supplement. Some of these biometric security systems are still in their early stages and undergoing research and development. Fingerprint sensors, for example, are now being placed under displays. Facial recognition are also becoming faster. It is becoming pretty much obvious that biometric means of authentication is the future of smartphone security.