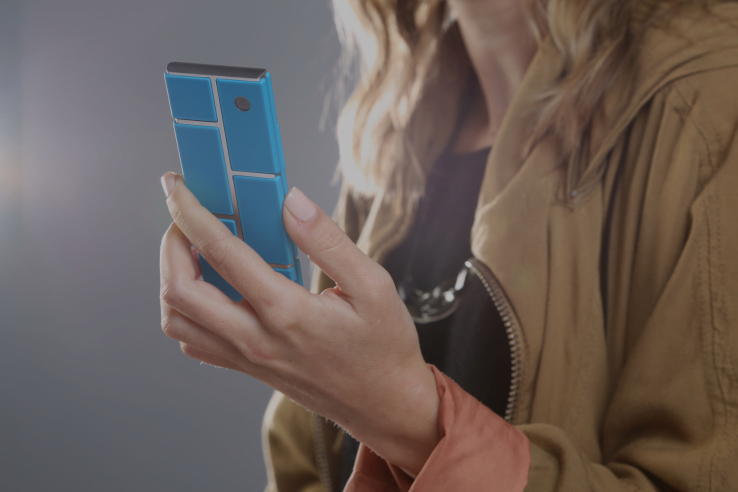 After having had a successful one-day public sale of Google Glass yesterday, Google has announced that it intends to have its modular smartphones from project ARA ready for the public by January 2015. We reported about Project ARA when it had just been announced where we were excited about the possibility of having a phone that you don’t have to replace in many years since you can upgrade whatever you want whenever you want or whenever its available. Think lego blocks version of  smartphones.

Lets say your smartphone RAM is 1 GB, but your want to speed it up a little more to 3 GB so that your Temple run feels more fluid and faster.  All you would do is buy the interchangeable 3 GB RAM modules and install instead of buying another smartphone altogether. Or may be you want to upgrade your TFT screen to IPS HD, that will now be possible in just an instant. This is almost like the good old desktop PCs which allowed you to swap components when you needed to do upgrades. With this technology, there’s something new to look forward to in mobile technology than just latest flagship devices with fancy-not-so-useful features costing an arm and a leg. For the first time,  it may be possible for users to build a phone just the way they want it.

Google is even promising that users will be able to choose custom color schemes to further personalize their phones. I personally love this because its not only aimed at the nerds/geeks who love to play with hardware; Google is also crafting a carefully designed Aesthetic look to go with the phone. ZTE didn’t delay on its version of project ARA code named “Eco Mobius”.

Although we’re optimistic about the project, it’s less likely to be taken up by the mass market as is the case with other Google projects of this nature.