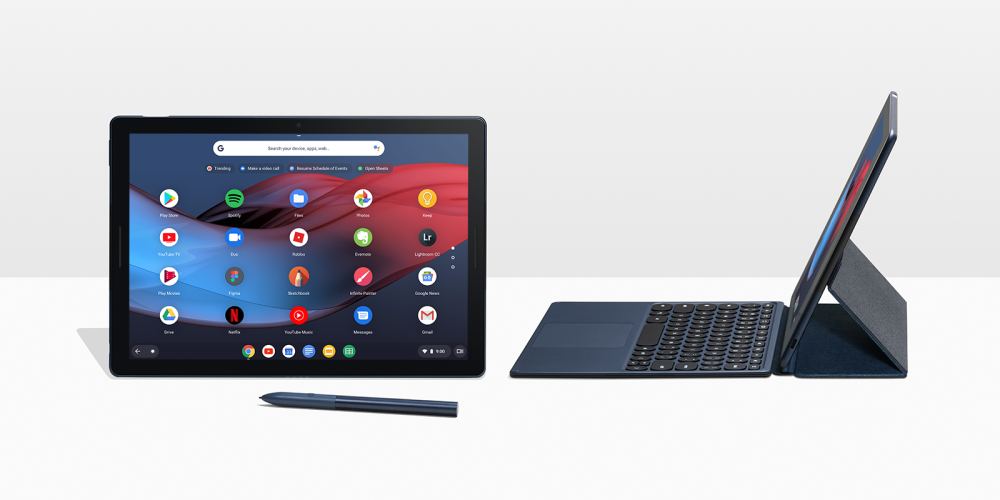 Remember the Pixel C? Google ultra-premium Android tablet that was released about three (3) years ago? Well, to serve as a totally new refresh to aging and getting-out-of-vogue Android tablets, Google announces the Pixel Slate, a ChromeOS-based portable 2-in-1 convertible tablet.

Not sure if Google released the device to compete with other premium convertible tablets in the market but the Pixel Slate is sure to give Apple’s iPads and Microsoft’s Surface Pros a run for their money. You’d see why. 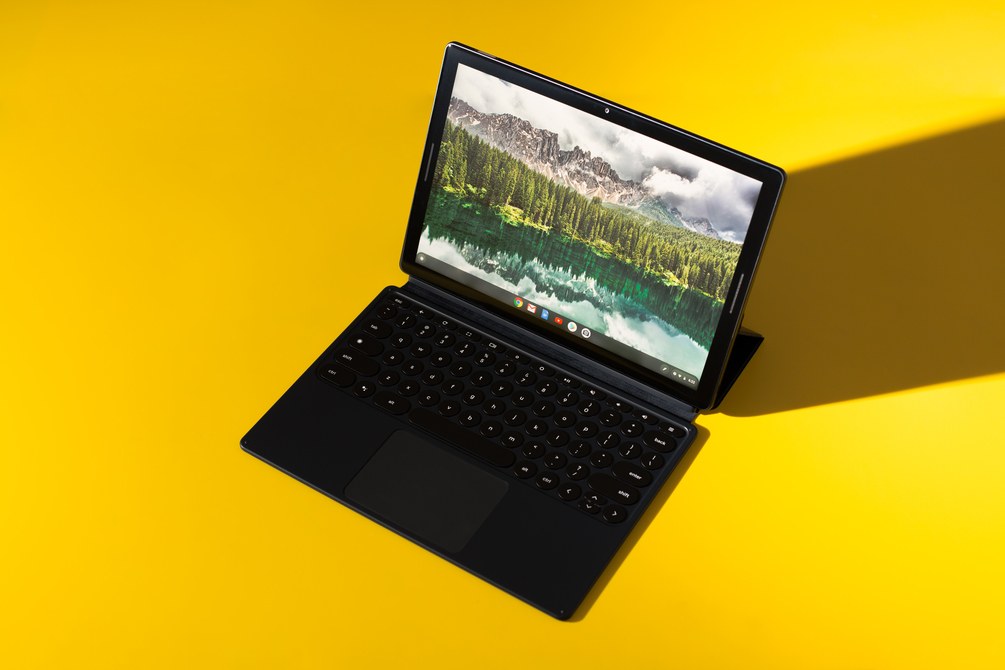 The Pixel Slate was unveiled at a Google hardware event in New York that also saw the birth of its 2018 flagship smartphones, the Pixel 3 and Pixel 3 XL.

Starting with the design and overall aesthetics, the Pixel Slate is a stunner. The Pixel Slate is bigger than its predecessor but is just as slim as —and even more comfortable than— Apple’s iPads, Microsoft’s Surface and other premium tablets you can think of. It comes in an (anodized) aluminum body, weights 1.6 pounds and is only 7mm thick. Google made the edges of the Slate slightly curved to improve comfort and convenience when being held and operated for longer periods.

Another interesting aesthetical property of the Pixel Slate is the color. Google announced the device in only one option — Midnight Blue. It isn’t exactly blue but somewhere in between blue and black. The Pixel Slate is super appealing as the midnight blue coating gives the device a glossy and shiny appearance. 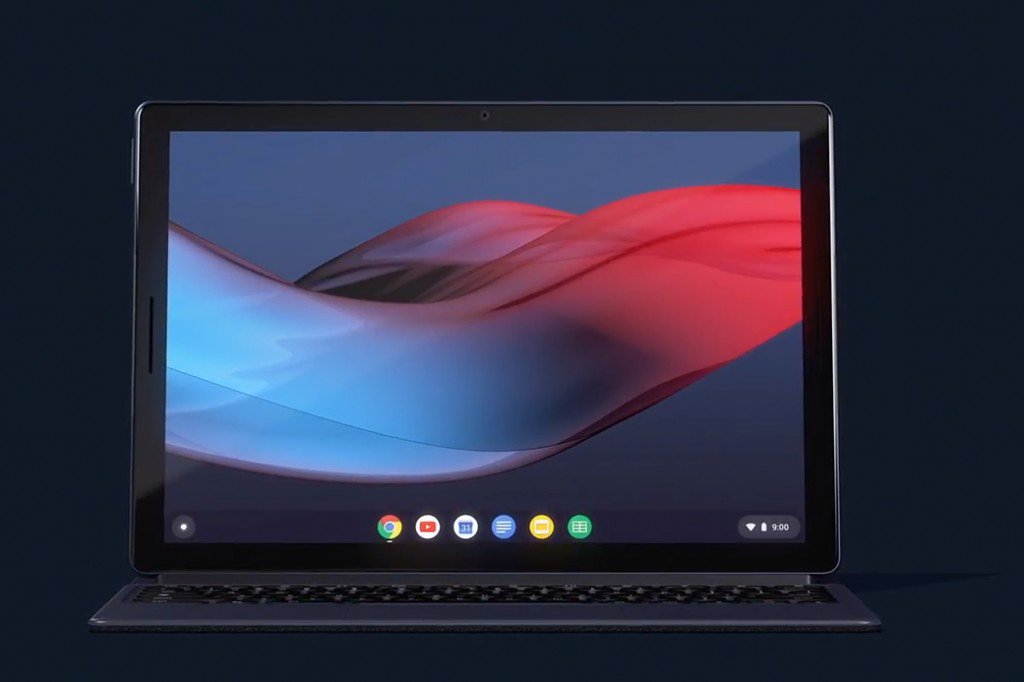 The display is also badass as Google boasts that the Pixel Slate has the highest pixel density (293ppi) on a tablet and laptop. The 12.3-inch screen covers almost the entire surface of the frontal real estate. The display used is a LTPS (low-temperature poly-silicon) LCD Molecular Display touchscreen in 3:2 aspect ratio and 3000 x 2000 resolution. The LTPS type of LCD display offers higher picture quality than regular LCD, making the Pixel Slate better than devices in its category display-wise. The display also helps improve battery life. 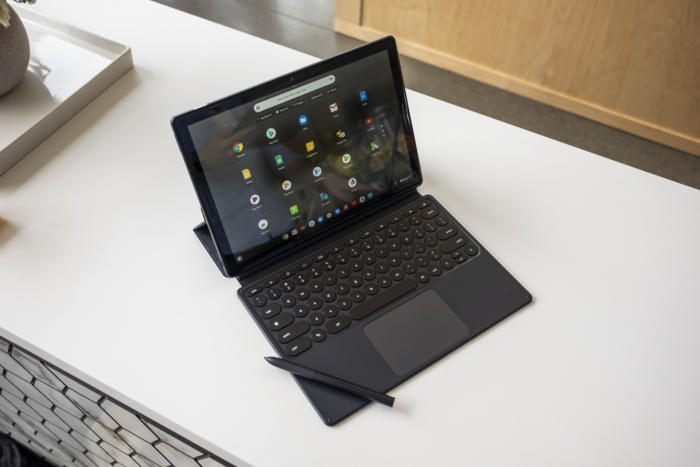 Like any tablet, there are a total of two cameras on the Pixel Slate. Both sensors are manufactured by Sony and weighs in at 8-megapixels. However, the front-facing camera comes with a wider angle making it suitable for taking group selfies and video calls. On the software side of the shooters, both sensors will be powered by the same camera app used on Google’s Pixel phones and will support Portrait mode.

On the inside, the Pixel Slate is even better. The device comes in about five different CPU and storage configurations with the top-tier models sporting Intel’s 8th Generation CPU while the low-end models use Intel’s Celeron processors. RAM on the Slate starts at 4GB up to 16GB while built-in SSD storage ranges from 32GB to 256GB.

Available models of the Google Pixel Slate as well as their prices are listed below:

The prices above don’t include accessories as they are sold separately. Supported accessories for the Pixel Slate include a full-pitch keyboard with circular keys and a trackpad, and a stylus (the Pixel Pen). The keyboard will cost an extra $199 while the Pixel Pen stylus will set users back by $99. Unlike the Pixel C keyboard, the Slate’s keyboard is backlit for improved typing experience in dark rooms or environments. 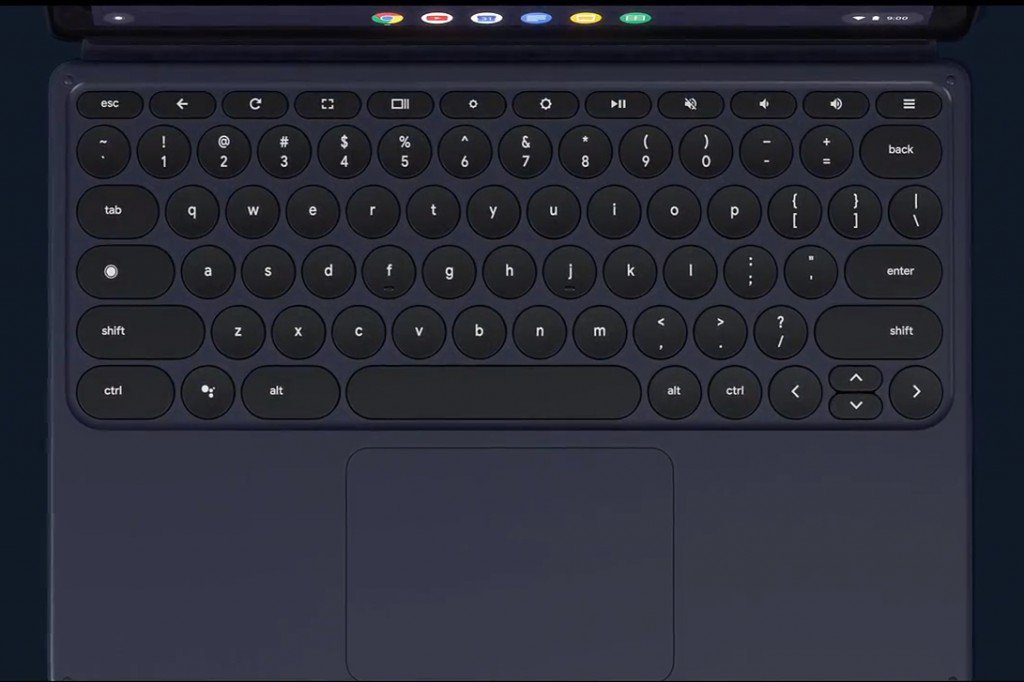 When the keyboard is attached, the Slate switches from a tablet mode to a laptop mode. The Pixel Pen stylus is also a great addition; circling anything on the display will prompt Google Assistant to look up the word or whatever it is you circled.

The device will run the Chrome OS, making it the first tablet from Google to run the OS. This will redefine the overall tablet experience to a more improved level compared to Android-powered tablets.

Peek some key specifications of the Google Pixel Slate tablet below.